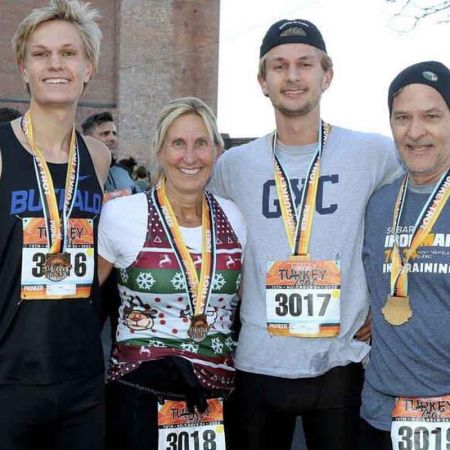 You likely know that resolutions don’t work. Typically, up to 50% of Americans make New Year’s resolutions, but by the end of the year only 9% feel they were successful in keeping their resolutions. Bas Verplanken, professor of social psychology at the University of Bath, has studied resolution for years and notes that interestingly post COVID fewer people are making resolutions. So instead let’s reflect on 2022. That’s what Christine Bishop asked us to do. It was fun having a family discussion about the year we leave behind.

I took notes as the gang (Reid with sons Alex, 21 and Jack, 19) spoke about their highlights. Everyone talked about their standout events and took a glimpse into 2023. Since both Alex and Jack run in college, they talked about each season, as well as the ‘off season.’ Is there really any off season? 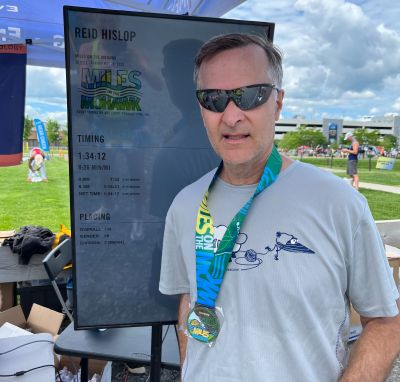 Reid started running again during the COVID lockdown. Way back in 2000 we trained for the Napa Valley Marathon. At mile 23 on a sub-4 hour pace Reid abruptly stopped and proposed marriage! We got a lot of support from runners around us, along with people probably thinking I was crazy egging him on to finish the run. Once he proposed, he was done! But he carried on, finishing strong. We continued our running doing a Turkey Trot right after we found out we were pregnant with Alex. When we moved to NY, Reid did a few triathlons and then running/triathlon to a back seat to cycling. In 2021 his top run was the Troy Turkey Trot, where we all competed together, and he won his age group. A 25 second comeback PR in 2022 and he didn’t manage to crack the awards podium in Troy. What he deemed his race of the year was Miles on the Mohawk, due to a challenging distance and plenty of heat! The Good Karma 5K made his list, with a flat course and a warm day. So, not surprisingly, the Firecracker 4 was another winner; heat and cheering along the course. 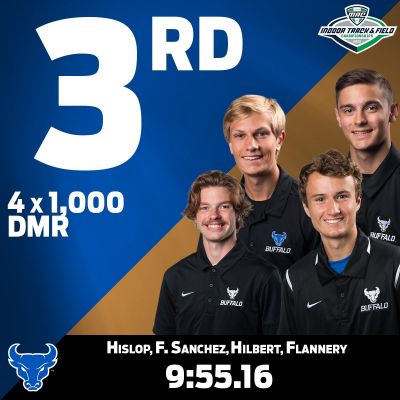 Alex (first year in the PT doctorate program at University at Buffalo) managed a number of PRs at different distances, but that isn’t always what makes an event special. His PR and 8th all time at University at Buffalo 3K at Penn State stands out for the indoor season, but not for his time on the track, but because of time with teammates. The Distance Medley Relay 3rd place at the MAC Championships ranked in the special category since the team doesn’t run a lot of relays. Moving to the outdoor season, the team headed south for spring break to train and race at the Raleigh Relays. Later in the season it was a first-time visit to Williamsburg. Track season allows for time to investigate venues - definitely more fun with warmer temperatures. He hit PRs at these meets, but it was more about traveling with the team! The Physical Therapy doctorate program requires Gross Anatomy over the summer. That meant daily classes from May to the end of July, but also meant being in Buffalo for the Subaru 4 Mile Chase. Hearing Alex talk about this one it really stood out. He was accepted into the elite field, which meant special bibs and a designated start area. Crossing the line as the 2nd American was the goal. “There was a humongous food tent and an awesome beer garden.” The beer garden was exciting, as it was his first race after turning 21 (and out of season!). The Canisius Alumni meet during XC season stood out. The team win was helped by his 8K PR. Also in attendance were his brother and the Geneseo team, along with his cousin David Wilson, who flew into town to find an apartment. The year ended with the Troy Turkey Trot 5K. “I went out to have fun and was able to defend my title. It was great to have my UB teammate, Sean O’Brien, take the 10K win.” I’ll note that he and his father took the Father/Son team title. Definitely all about team with Alex. 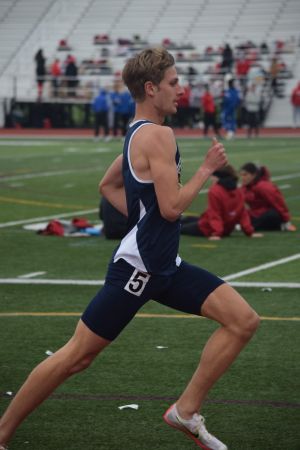 Jack (sophomore Biology major at Geneseo) jumped right in with his memorable moments. 2022 started with the goal to make SUNYAC in the 800. A gutsy run on a cold day resulted in a PR. Luckily Mom’s cheering could be heard for this meet. His off season races included breaking the tape at the Good Karma 5K. “Special shout out to the lead biker. I especially liked the prizes - 90 minute massage at Back in Balance and a Fleet Feet gift card.” Another highlight of the summer came in July at the Firecracker 4. “My Geneseo teammate Dawson Tooker and I did it as a workout. We were loving the crowds and energy.” As a sophomore the 8K is a bit more palatable, especially when it comes with a PR. “The Harry F. Anderson Invitational at Roberts Wesleyan was a turning point for the Geneseo team, which went on to place third a NCAA Nationals. It was a great race for me; I smashed it with a 1 minute 30 second PR.” The Turkey Trot was a chance to see former teammates and get “family wins on a family day”. 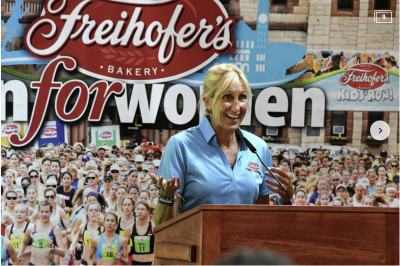 As for me I’d have to rank the races we were together as tops! I was able to get to a few track meets and XC Invitationals - always a highlight. Reid and I ran quite a few races this year, and of course Reid and Jack were required to work Freihofer’s Run for Women. Jack drove one of our photographers around the course and then got his photo with Allie Ostrander and Allie Kiefer. The Good Karma 5K is a family favorite (Alex dates the RD’s daughter). Alex and I have both won in the past. This year I was thrilled to watch Jack out in the lead. Sadly, I was too far behind to see him break the tape! We all headed to Saratoga for the Firecracker 4. Alex used it as a workout, putting in 9 miles as he ran around cheering us all on. We finished with everyone running the 5K at the Turkey Trot. I get so much joy (and energy) seeing the guys out in front, always looking strong.

Reid’s going big in 2023 with the Ironman Mont Tremblant 70.3. Training will entail longer spring runs and of course our family endeavors.

Alex will continue to balance his first into second of three years in the PT program. He’s looking forward to the Raleigh Relays and running faster in ‘23. Coming off a 94 mile week I’m thinking it will happen. “I’ll be back to defend my title at the Freedom Mile in Clifton Park on the 4th of July.” The Subaru 4 Mile Chase is already written in pen on the calendar!

Studying, running and a little socializing top Jack’s 2023 plans. The David Hemery Valentine Invitational ranks high for the indoor competitive season. Qualifying for SUNYACs, both indoor and outdoor, offers a solid goal with the big reach being cross country regionals and nationals.

I’ll be driving to as many collegiate meets as possible this spring. Right now the UB and Geneseo schedules share a couple of meets. I’ve threatened to run the 800 at the Geneseo Spring Opener. After that it will be Ironman Mont Tremblant 70.3 probably followed by USAT Nationals. Plenty of local races, including the USATF and HMRRC Grand Prix are on the calendar.

After cheering at, driving to, and learning about soccer, baseball, tennis, swimming, basketball, ice hockey and lacrosse I’m thrilled that we can now enjoy our sport together. Looking back our hearts are full. This sport provides inspiration, perspiration, frustration, celebration and an amazing community. See you on the track, roads and trails in 2023. 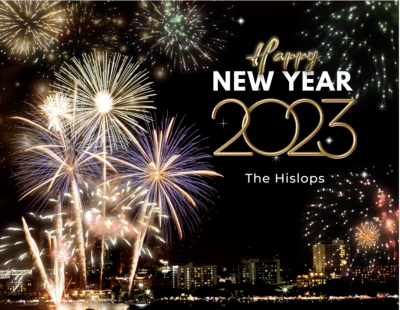 Kristen Hislop is the Director of the Freihofer's Run for Women and the Clifton Park Freedom Mile. She currently serves as Vice President of USATF Adirondack. In the triathlon world she serves as Secretary on the USAT Triathlon Women's Committee and as a Women for Tri Ambassador. Hislop Coaching offers run, swim, cycling and triathlon coaching to athletes of all abilities and ages. She can be found at khislop@freihofersrun.com, hislopcoaching@gmail.com and www.hislopcoaching.com