I am Stephanie’s left foot. I do not look like your left foot.

If you’re a podiatric tourist in the pool or yoga class, you’ll find toes the territory most worth exploring. Those digital peninsulas exhibit a fascinating variety of length, adjacency, knuckle texture and nail shape, often bearing exotic hues.

Not me. My zone of interest lies along the right perimeter: the coastline of Spain punctuated by the Rock of Gibraltar. My bunion is postcard-worthy. In 2012 Stephanie stood on a piece of paper and traced the outline of her feet, scanning and storing this document in her cloud drive. I’d grown to 4 1/2 inches wide at the instep; my right colleague a quarter-inch less.

Something happened in the ‘oughts. Stephanie blames taking up golf and walking 18 holes — typically 6 or more miles — in ill-fitting, cheap, stiff shoes. She can’t blame high heels, since, at nearly 6 feet tall, she’d have paid extra for heels that made her shorter.

She didn’t notice my girth till I started getting wet during dew-soaked early morning golf rounds, because I was popping out of her waterproof shoes. Other than that, I didn’t have much to say for many years.

Indeed, Stephanie wondered if bunions possessed Darwinian inevitability. After all, if they had impeded speed and stability, all the bunioned early humans who chased wildebeest and fled tigers would have died before they could pass on their genes, right? Maybe bunions stuck around for millennia because they were the shape of the future, providing a higher-performance instep than humans had at birth!

Then Stephanie took up running in 2018. Then she decided to run a half-marathon in 2021. I went along with the gag for awhile, though I started getting cranky when her doses of LSD (long slow distance) stretched to 10 miles.

Then came race day in April and she pushed me to a full 13.2 miles. I made it, even helped her beat her goal time, but boy was I sore. And I stayed mad for the rest of the year.

I refused to run more than 6 miles, then I decided 3 miles was my max, and I reminded her constantly that I was unhappy — not with sharp pain, but with persistent aching. So for most of 2022 Stephanie bicycled instead of running and used the rowing machine at the Y when the weather discouraged wheels.

Don’t blame running’s impact for my pedal equivalent of a hangover headache. The culprit is instep bending. Cycling and erging also make me achy, just less unbearably so.

Finally, Stephanie got fed up with me and consulted an ortho. “You’re trying to fit three pounds of sugar in a two-pound bag,” he put it (politely, since we all know the fecal wording of this analogy). The bag is my shoe, the extra pound of sugar is my bunion. The solution is laparoscopy, a newfangled approach to an old problem. Instead of simply sawing off the protruding bone, laparoscopy straightens out the coastline and the landscape behind it. If you’ve ever googled “bunion,” your social media will be filled with promotional posts for this procedure until the end of time.

Like Stephanie’s brain, I am a particularly complex case. My metatarsals—those five bones that connect the toes to the midfoot—should be as straight as the fenceline bordering your front lawn. Instead, they look like one of those colonial split rail fences that zigzag across the field. Repairing me will involve titanium brackets, bone borrowed from my heel, an arsenal of power tools, and more than the usual amount of time both to fix and to heal. My date with destiny is early in January. Exactly who I’m dating I’ll keep to myself until I see how this all comes out; I’ll just say he’s a major dude at one of the major orthopedic practices in this region.

Stephanie is not used to sitting (let alone lying) around with nothing to do but fuse renovated bones for weeks on end. As her left foot, I am not used to not hitting the ground, or at least the erg pedals, let alone sticking up in the air from a mattress. So Stephanie will keep writing updates about my experience and hers, because that’s what she still can do under the circumstances.

Next month: The Cutting Edge. 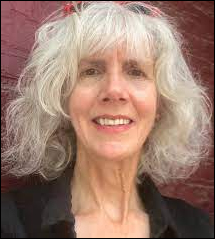 Stephanie Mumford Brown is Chief Wiseacre at Wiseacre Press, where she’s trying to compile the missing assembly instructions for the second half of life. She's a former journalist and marketer, now focusing on sports writing, opinion pieces, and fiction.