As the year comes to a close and with the racing season wrapped up on Thanksgiving, now is a good time to reflect on the Capital Region’s best races of 2022. Seeing our local races continue to recover from the pandemic and flourish once again with runners and spectators lining the streets was truly a joy to witness. This region and the surrounding areas truly offer some of the largest, fastest, and oldest meets you will find with each course bringing its own challenge. While I did not compete in every race on my 2022 list due to injury, those I did attend as either a competitor or a spectator were incredibly exciting with each offering their own experience. Here is a list and description of my favorite races of the 2022 racing season.

Starting off in March was the Electric City Five Miler in Schenectady. This five-mile race was unique in that it was during a heavy blizzard that was quickly covering the roads. It was not uncommon for racers to slip and fall, including myself, all along the course. I was, however, surprised by the large crowd of over 300 determined competitors that morning. Lining up on the start line was a daunting task that took some personal convincing, but I don’t regret racing through the snow for a moment. While it wasn’t a fast race by any measure, it’s races like the 2022 Electric City that I look back on and remember fondly.

One of the Capital Region’s premiere Fourth of July road races is the Firecracker 4 located in downtown Saratoga Springs. A four-mile road race down Broadway and through neighborhoods that attracts runners locally and out of the area. Typically on a hot and sunny day, this year's race was much more pleasant and the sun more forgiving. While this course offers challenging hills and terrain, it’s also lined with cheering crowds, bands, and the occasional water sprinkler. This year was my favorite Firecracker yet full of friends and competitors. Pushing up the finishing hill and hearing the scream of the crowd as I ran under the American flag to the finish was something I won’t forget anytime soon. For the longer distance road runners, the Mohawk Hudson Marathon and Half Marathon are the area’s major events. Unfortunately, I could not compete this year, but still watched the finishers of these fast and flat half and full marathon races. My first marathon was run on that course which was a great introduction into the marathon distance. Cruising along the bike paths and streets where I grew up running gave me a sense of a home field advantage. I can see this is also felt by my fellow runners, many of whom are local and looking for a high finish to represent their town. The race even has a local resident award where prize money is given to the fastest marathoners in the Capital Region.

One of the more unique races and distances during the fall is the Stockade-athon 15k in Schenectady. Bringing in a lot of local talent and a large crowd for this 9.3 mile race through the historic Stockade District. The Stockade is located where Schenectady was first founded in 1661 on the banks of the Mohawk river, which has over 400 homes that are 200 years old!  This area is one I commonly run through and can greatly appreciate the history and historical figures that have lived along those streets. Running the first few miles of the race through these streets is an exciting start, while also passing by the historic Union College. The combination of a longer distance with consistent hills at the middle 5k of the race create a true challenge for all who complete it. This year had a particularly strong showing with Louis Serafini defending his title on the men’s side, and Karen Bertasso-Hughes taking the women’s title in an improvement from last year’s finish and time. Also creating more depth this year were several members of the men’s and women’s Siena College cross country and track team. As a spectator, I always enjoy this local but large scale race, which is a highlight for many road racers this time of year.

Finishing off the unofficial road racing season are the Thanksgiving Turkey Trots found all across the area. I attended and watched my father race the Cardiac Classic 5k through Schenectady’s Central Park. A smaller Turkey Trot compared to others; I have fond memories of running my first 5k on this course nearly a decade ago. Bracing against the cold before a dinner with friends and family puts everyone in good spirits and brings the racing season for most to a close. That post-race celebration knowing the hardest part of your day is out of the way is a very satisfying feeling. The race does in fact feel like a celebration, with many dressed up in turkey costumes or running along with a friend who begrudgingly agreed to run a 5k before Thanksgiving dinner. Other major Thanksgiving races in the area include the Troy Turkey Trot, the Christopher Dailey 5k Turkey Trot in Saratoga Springs, and others in Albany and Cohoes.

While this year had its racing highlights, I’m even more excited for upcoming competitions in 2023. Both on a local and international level, the sport of road running is taking a great leap forward, making it more exciting than ever to follow the sport. The 2023 Boston Marathon, a race I hope to compete in, features world record holder Eluid Kipchoge, defending champion Evans Chebet and two-time champion Lelisa Desisa. For the females the returning champions are Edna Kiplagat, Atsede Baysa and American Desiree Linden. It’s especially rare to have so many returning champions in one field, making it a must-see event in April. But for now, we can all rest and enjoy and reflect on our own races over the past year as we prepare for the upcoming racing season. 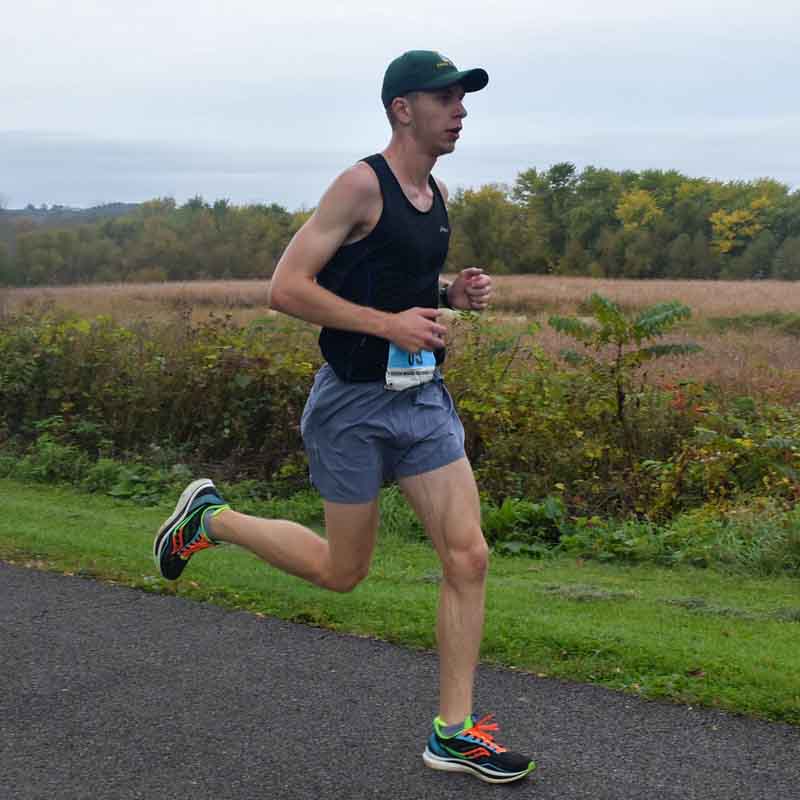 Jake is one of The Pace Setter’s leading sports columnists.  His background as an elite runner, running shoe specialist, and student in the Doctor of Physical Therapy program at Russell Sage College, makes him uniquely qualified to write columns that our readers will benefit from greatly.
Thanks, Jake for coming onboard.