by Aaron Major and Jon Lindenauer

This was my fifth or sixth time running the Landis Arboretum Forest 5k. It's a local spot for me and I've enjoyed bringing visiting family and our kids to hike and explore the grounds. I enjoy trail running and racing more than the roads and really like this course. It starts with a mile-ish inner loop that quickly takes you back to the starting area where friends and family can watch you come by before you head out into the longer outer loop. Going too hard on that first loop is a mistake. The outer loop starts with a pretty long climb that is steep in spots (and if you don't know the course you'll likely think you've hit the top right before the trail pitches upward again) but then you soon get dropped down into the forest surrounding the arboretum. From here you zig and zag onto open grassy paths and forest trails. You can see that there are a lot more trails on offer, but the course is very well marked and there's really no way to take a wrong turn. It's not until you see the sign that says "to parking lot" that you know you're getting close to the end.

In past years the course has been wet and muddy, this year the trail was dry and all the moisture was hanging in the air. Knowing that the conditions weren't great, and that last year I blew up way too early, I tried to keep it easy through the first half. Plus, I knew Jon was out there tearing it up. As expected, he took off at the word "go" and dragged along a couple of young runners that didn't know who they were trying to keep up with. Before long I was running comfortably in second. I can't say I was chasing Jon because you can't chase what you can't see. Instead, I run with an arbitrary goal of breaking 20 minutes. Sometimes I do by a little, sometimes I don't by a little.

I got to the top of the long climb feeling good and then felt like I could start pushing. For the first time I felt like I really understood the course. The humidity scared me off from really pushing hard though I didn't notice it while I was out there. As soon as I hit the finish line and stopped sweat poured out of me like a broken faucet. I was 20:09 but felt good about it. I like crossing knowing that I had it in me to push a little harder, go a little faster. It's nice to take into next year.

I'll always keep this race on my calendar. Anyone looking for a trail race experience that's not technical and gives you the chance to explore a beautiful setting, should as well. 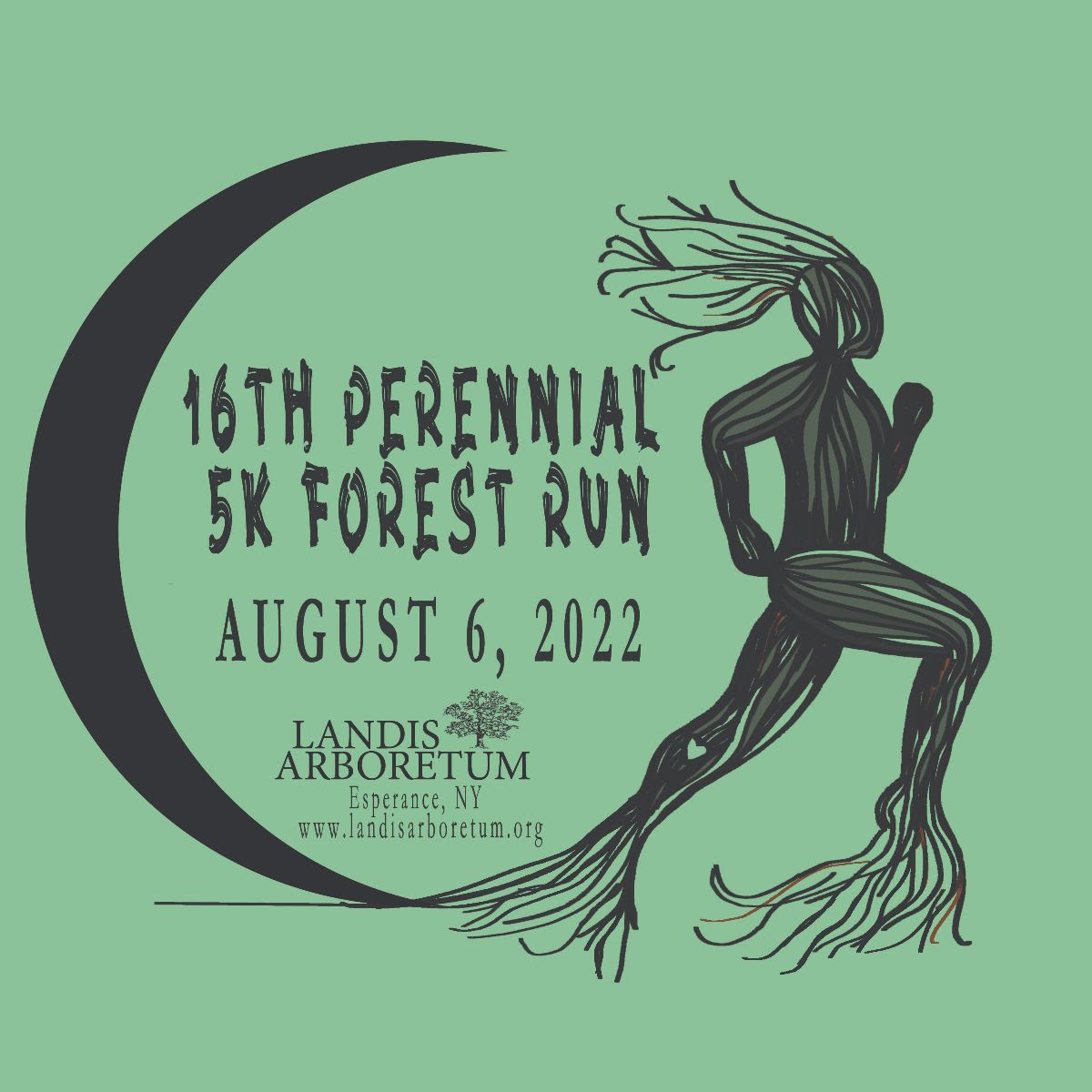 The Landis Arboretum 5k Forest Run pitches itself as being a "unique" racing experience. Considering I had to Google the definition of an arboretum to know precisely what it meant before signing up - and the fact that the poster and t-shirt design from this year's race (the 16th running) featured what can only be described as Groot from Guardians of the Galaxy in full stride - I had no reason whatsoever to doubt its uniqueness.

My first time running the course was approximately 45 minutes before the start of the race, and from this I was able to confirm: A. yes, it was a very unique racecourse and B. this was NOT a course where one should expect to run a personal best. It winds through woods, over roots and grassy sections, snakes back through itself and is fairly hilly - giving anyone racing ample opportunity to enjoy true nature-running as much as you possibly can for a 5k and race which is not specifically billed as an "adventure run.".

Personally, I had never been to Esperance prior to this race, nor did I even know it was a town which existed in the state of New York until I was looking into signing up. I am glad I did. Running oftentimes becomes my main opportunity to enjoy nature and to visit places I would otherwise have never thought twice about; and I am sure there are many, many others like myself. And without any hesitation I can say: this was the best race I have done which takes place in an arboretum.