Injury Healed My Relationship with Running 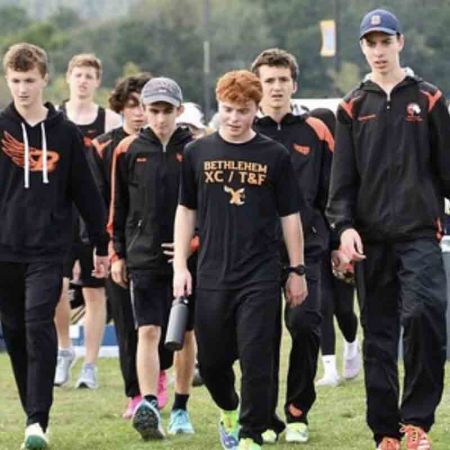 If there had been a single moment--maybe a sudden fall, or an audible crack, I’d likely have been more sympathetic to my circumstances. Unfortunately, that was not the case. Instead, I was granted a front row seat to what felt like the most drawn-out drama of the decade: Stress Fracture, (featuring me!)

6 months is a long time. Especially for someone who’s young and impatient, who has never broken a bone before, who has rarely taken a break from running that’s lasted longer than a few weeks. So, hearing the words: “fracture, grade 4, right tibia… cast and crutches” coming from the mouth of my orthopedic surgeon caused enough blood to drain from my face that my mom made me lie down on the cot.

Conveniently, the timing of my overuse injury lined up perfectly with the duration of my sophomore Cross Country season, meaning I participated in… (drumroll) …one race! This 5k in particular happened to be pretty pavement-heavy, and although I placed well, I did so at the cost of 8 months of running. After a summer of ruthless training and little recovery, my leg had finally had enough, and racing just once had pushed it over the top, landing me on crutches for months.

So that was it, essentially. I was injured, I was done with running. I quit. 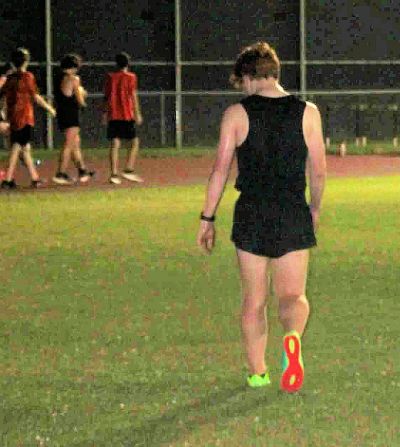 It’s embarrassing to admit, but that was my initial reaction. When you’re faced with stressful circumstances, the human reaction is fight, flight, or freeze… right? Initially, after hearing my situation, all I wanted to do was fly—to cut running from my life. You can’t really cut out something that has boiled over into every aspect of your life, but I tried. The actual pain of injury was insignificant compared to the struggle caused from my decided breakup with running.

I gave it some time. Or actually, time was given to me. It took a while to get over the initial shock of being injured. …All my life and during my time as a runner, I had seen people take risks and get injured, or ignore the signs in the beginning and end up in a spot that was even worse. Always believing I was above that, and that I was doing everything right gave root to the ignorance that led me to grit my teeth and run through unnatural pain. Solely believing that mindless hard work would lead to my success, I fell victim to a do-or-die attitude, and guess what… I died …(well my leg did, kind of).

Crutches are tough. From now on, every time I see another person on crutches, I can empathize. It’s funny that back in elementary school, being on crutches was idolized, because you got a buddy who could carry your things everywhere, and you got to be late and everything. …Let’s just say, it’s not at all glamorous or enjoyable (especially when your school elevators work only when they feel like it). Mid-season, early on in the fall, my school held a pep rally, and I remember being worried about “walking” with my team because I was on crutches. I ended up watching them from the sidelines, pretty alone. I remember being so afraid to associate myself with running, because I felt that my injury meant I was no longer a member of the sport.

That attitude really hurt me. For a long time—ever since I was a little kid, honestly, I’ve established the realization that the running community is one that is endlessly accepting and encouraging, yet I couldn’t reciprocate those ideals into my own running. Being sidelined really forced me to face that truth.

And eventually, after an initial realization, my perspective started to shift. Situational acceptance developed gradually. I baby-stepped my way out of a cast and into a boot for 2 months, and then to physical therapy, which evolved to include short walks, run-walks, and finally, a 2-minute treadmill run.

This past Saturday, I raced for the first time in 10 months. …It wasn’t really even a physically spectacular race for me, yet in my mind, I felt so satisfied. I’ve never stepped away from a race feeling more elated.

Realizing that the feeling of elation was linked to my mental progress, not my actual running, I noticed the piece I’d been missing for so long. I had no gratitude.

Prior to my injury, it was day-in, day-out hard work—no time to reflect on the moment, I just kept pushing. Being forced to take a leave of absence caused me to realize why I was forever willing to put in that work: …put simply, I love running.

When you take the time to be grateful for your running, it’s like bookmarking an important page, one that you want to go back to. Expressing gratitude in the moment solidifies that experience in your consciousness. When you’re struggling, you can call on those moments to give you strength and solace. Before I returned from injury, I didn’t have any bookmarks. Now, every chance I get, I’m grateful. The funny thing about a book of appreciation is that it never runs out of pages, it just keeps growing. 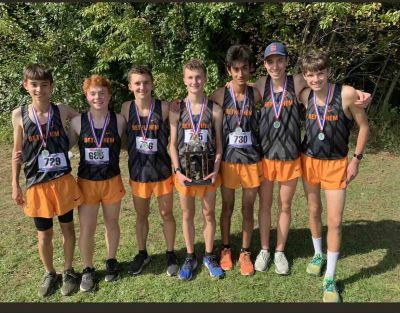 Ansen is a junior at Bethlehem High School who loves to run and write. He runs on both Bethlehem’s track and cross country teams. Click here for his previous article for The Pace Setter.