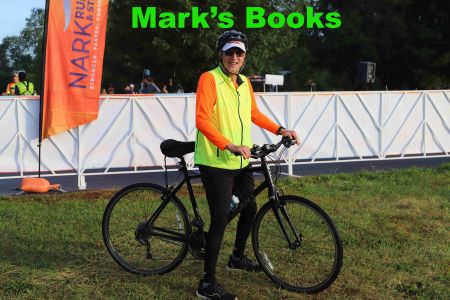 The Lies I Tell by Julie Clark

Terrific story about justice and revenge as a female con artist fights back against those who wronged her and becomes a vigilante fighting against those who wrong others, especially women, through power and riches. Meg Williams, who goes by many names, had her family's house taken away from her by a powerful man 10 years ago and has plotted revenge. Along the way she takes down several other “privileged men” who have wronged those they've stepped on to get where they are. Our other protagonist, Kat Roberts, a budding journalist, gets accidentally caught in one of Meg's traps and spends the next ten years trying to take HER down. The two get together, while hiding their true identities from each other, and what results is a game of “cat and mouse.” Will Kat keep Meg from taking down the man who stole her family's estate or will she help her? Everything comes down to the wire. ****

Lucas Davenport and Virgil Flowers' novels are always good reads, but put them together … even better! Throw in cameo's by Lucas's daughter Letty and wife Heather and Virgil's wife Frankie and it's just icing on the cake. (Is there a secret kiss between always flirty Virgil and Letty? Wouldn't THAT piss off Lucas!) Here, the two top cops chase down a vigilante group called THE FIVE who are Bitcoin Billionaires with an axe to grind against bad people. Well, if not an ax, then a gun, rifle, rope or knife! Virgil and Lucas team up with the FBI on a nationwide hunt for THE FIVE to see if they can stop them. Filled with action and some good humor as well. *****

Listen To Me (Rizzoli & Isles #13) by Tess Gerritsen
Pleasantly surprised by this! Of course, we watched all the Rizzoli & Isles television shows with Angie Harmon as Jane Rizzoli, Boston homicide detective; Sasha Alexander as Maura Isles, her best friend and the chief medical examiner; and Lorraine Braccio as Jane's overbearing mom, Angela. I really enjoyed the TV show but didn't think I would like the book. I was wrong. Well done, Tess Gerritsen. Of course, Tess wrote the novels before the television series came out, so I guess in retrospect I should be saying, "Well done, TNT! and Angie, Sasha and Lorraine!" At any rate, an interesting combination of murders that Jane and her partner Barry Frost are investigating (with a nice twist at the end!) and Angela becomes involved in a series of neighborhood mishaps which nearly become fatal! Fun read. I think I will have to go back and read some more of this series! ****

Mark will review a series of books written by Russ Ebbets a well known coach, chiropractor and teacher whose column Off the Road has graced The Pace Setter for many years. 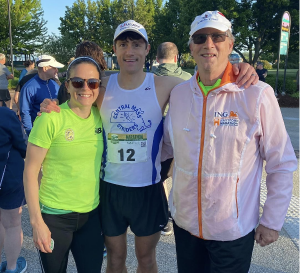 Mark with son Dylan and his wife Sasha