On October 9th I took to the streets of the Windy City and competed in my first Chicago Marathon. It was one of those beautiful fall days when it is perfect to run a marathon. It’s a rarity to run any race, let alone a marathon, in such perfect conditions, and the miles seemed to go by effortlessly. As I neared the finish and the announcer shouted, “and here comes Thomas O’Grady from Slingerlands, New York!” I was thrilled to see I had run 2:37:48, which was right in the middle of my pre-race target of 2:35–2:40. As I walked along the street in Grant Park after finishing, I first thought about what a great race Chicago was — an instant favorite. The next thing I wondered was how fast the winners had run. I was assuming it had to be fast and it turns out it was. On the men’s side, the Chicago Marathon was anyone’s race, as the top three men all finished within 40 seconds of one another. The winner, Benson Kipruto,, ran a blazing 2:04:24. Kipruto’s time was the third fastest by a winner of Chicago behind 2013’s Dennis Kimetto (2:03:45), and 2014’s Eliud Kipchoge (2:04:11). In case you are wondering, yes — that is the Eliud Kipchoge who, since 2014, has gone on to obliterate the world record in the marathon numerous times (most recently setting the world record in Berlin in 2:01:09). That puts Kipruto in some fantastic company. Side note: And no matter how hard I try writing it, 2:01:09 does not feel normal — it’s inhuman what Kipchoge has done for marathoning in the past five years. To put Kipruto’s time in perspective, just 15 years ago it would have bested the then-fresh 2:04:26 world record set by Haile Gebreselassie in Berlin. The world was still a year away from Gebreselassie running the first sub 2:04 marathon. Kipruto’s time still ranks as the 65th fastest time ever run (which is amazing to say about such a fast time). While the men’s race was both fast and a nail-biter, the women also ran fantastically fast. The overall winner on the women’s side, Ruth Chepngetich, ran 2:14:18. Chepngetich obliterated the field by over four minutes. What made this possible was the fact that the elite race for men and women went off at the same time. Chepngetich came in 25th overall and benefited from running with many of the elite men. This was a truly historic run as it was only 14 seconds shy of the world record. Chepngetich also became only the second woman to run sub-2:15. Chepngetich now has three of the ten fastest marathon times ever and has only been bested by Bridget Kosgei’s 2:14:04. Chepngetich set a blazingly quick pace from the start, as she was close to a world record pace for the half marathon for the first half of the race. In fact, it’s likely that if Chepngetich had run a 66- or 67-minute first half instead of a 65-minute first half, she would have broken the world record. Emily Sisson, who came in 2nd overall, ran a 2:18:29 to eclipse the American Record and become the first woman from the United States to run a sub-2:19 marathon.

If you are not in contention to break a world or national record, the Chicago Marathon is still a great event to consider. Unlike its World's Major cousins, Boston and New York, which both offer challenging courses, Chicago is flat and fast. There were approximately 40,000 finishers this year, so it’s likely you will have someone to run with no matter what time you are aiming for. In addition to the race, there is no shortage of things to keep you busy, as the Field Museum of Natural History, the Shedd Aquarium, the Adler Planetarium, and the Art Institute of Chicago are all just a few of the great stops to take while visiting. 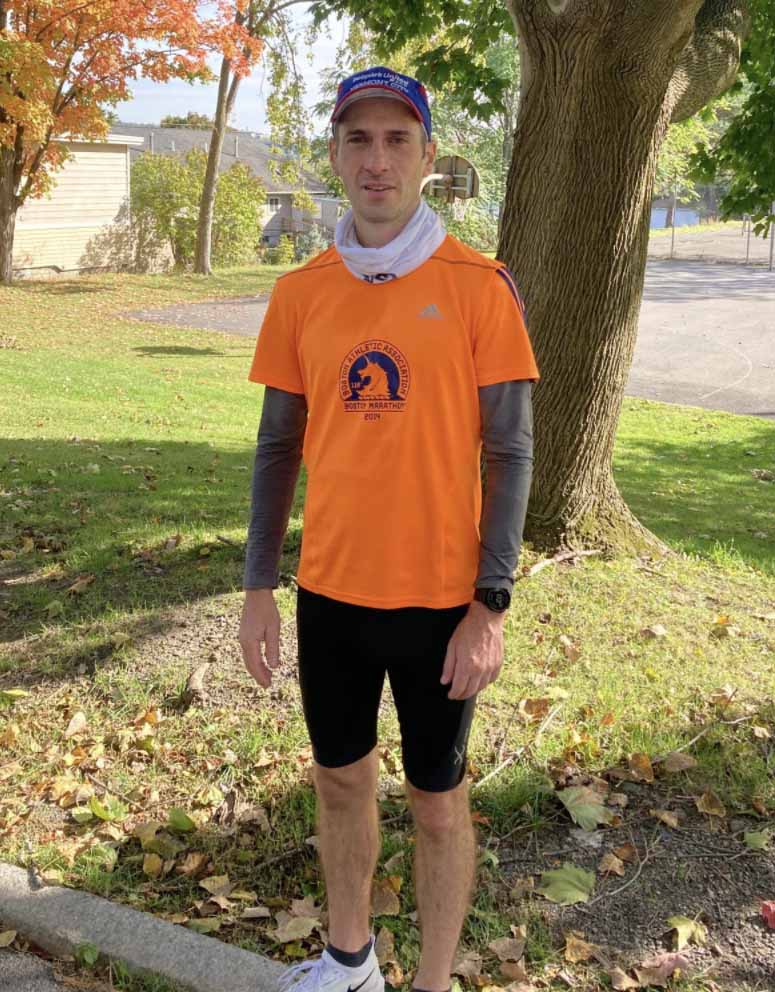 Reviewer Tom O’Grady is a successful runner, coach, writer and college professor with a joint appointment at NYSDOH/UAlbany School of Public Health.

Click on his picture to read all that he has written for the Pace Setter-and it is a
lot!