Grafton Lake 15K: Not According to Script but Fun!

Bill Hoffman and his Mountain Dog Running enterprise, best known for its extreme trail races up and down the infamous Staircase of Death at New York’s Moreau State Park, ventured to Grafton Lakes this spring with its inaugural 15K on April 23. Although billed as good entry level event with occasional hills, the technical nature of the route, replete with abundant roots, rocks and leaf cover, was more intermediate in nature. But in its favor, there were no never-ending climbs to infinity. 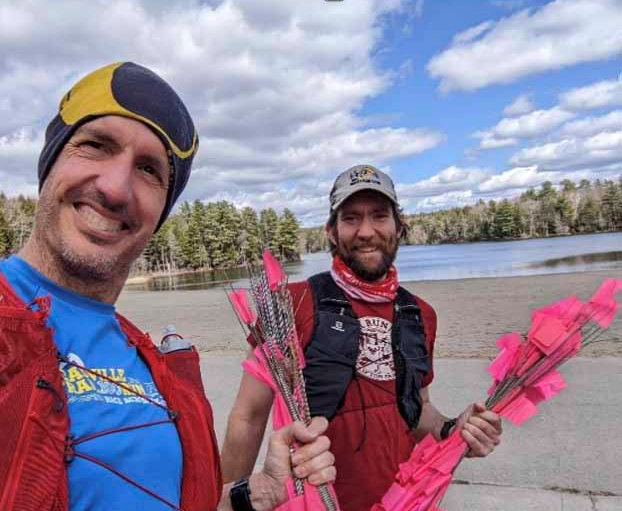 Still, everyone finished with a memorable dash across the lakeside beach and many asked more of themselves than they ever thought possible. As with every first-time event, there were wrong turns as what seems the obvious choice to the marking crew is not always apparent in the heat of battle. Most of us had never been to Grafton and while we were all excited to venture somewhere new, we had little sense of where we were or where we were supposed to be headed. 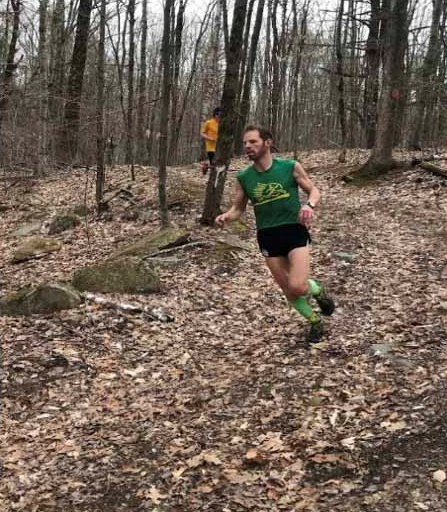 And that includes me. In the pre-race instructions, I remembered Bill had mentioned that we would start off heading around the lake. Fair enough. What I had failed to realize was that there were multiple lakes. I picked the wrong one. When it became obvious I was no longer following any known trail, just mucking through a swamp minus any tell-tale muddy footprints, I was presented with a delayed fork in the road. Do I head back in the hopes of stumbling across the magic pink flags or do I finish circling my chosen adventure and cut across to the start? I had a pretty good idea how to do this and since I am one of the slower runners, I hoped I could pick up the trail at some point rather than hold up the finish line crew.  An hour later, back at the start, I learned that Bill Hoffman and Tim Ela had headed up the road to intercept winner Shaun Donegan on his final mile, so despite the road being obviously not a trail, which was the path I chose. Tim mapped out an alternate route for me, and I was off yet again. Ultimately, I covered a fair stretch of road, a swampy bushwhack and a round trip on the final portion of the trail. So, I missed some of the route and covered other portions multiple times. Best of all, Shaun was running behind me, cheering the returning runners. This will never happen again to hardly anyone. While folks could pretty much figure out what Shaun was doing, munching on a bag of chips and sipping a can of soda, my presence was disconcerting as they were concerned they were going the wrong way. On the way back, shortly after the horse manure pile cleverly disguised with a pink trail marker, I encountered Matt Miczek, now in full disclosure mode, running in reverse the section he had previously missed. 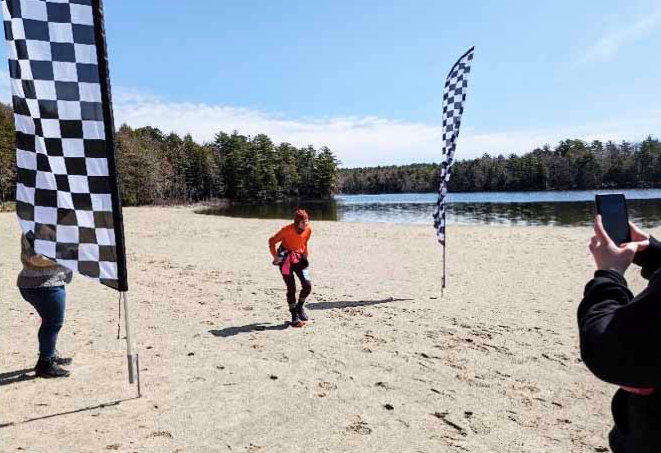 At first, I was really disappointed in myself, but after all, I did get in a 2.5 hour run, explored a new location, and was even officially recorded in Google history for a time at least 30 minutes faster than I deserved. In what other sport is simply “getting it done” a cause for celebration? So, what if my default route took me through an unchartered swamp, up a car access road and double-dipped the same trail coming and going? Not only did I have fun doing it, but I had the additional satisfaction of extracting myself from missing in action status to wayfinding participant without a single tear shed or curse word uttered. As I approached the sandy beach runway to the end, an older hiking couple congratulated me on my finish, and I realized that the simple act of hanging in there was a worthwhile accomplishment. And despite my protestations, I was encouraged to cross the finish line, having overcome all the challenges presented to me. And best of all, next year I will be guaranteed a PR if I can only manage to stick with the program!

This event was such a fun, laid-back experience, I would encourage everyone to give it a try. And there are plenty of activities to keep the rest of the family occupied. When not hiking or cheering on their favorite runner, kids can enjoy the take-and-make crafts at the Visitors’ Center and release their energy at the nearby playground, which includes a kid-sized fire tower to climb. Afterwards, there are hamburgers, drinks and cookies served at the picnic area by the beach. Perfect for an early spring getaway!

Photos by Jessica and Naomi Hoffman