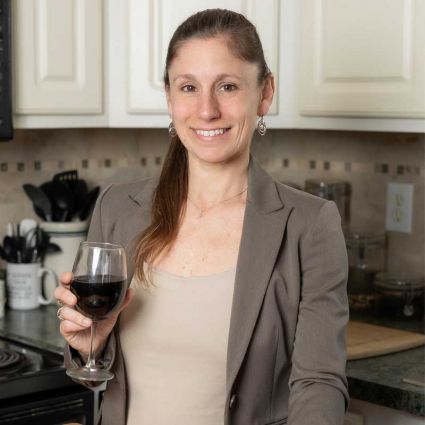 What are some key differences athletes should change in their diet when they are racing ultra distances, such as a 100mile race? 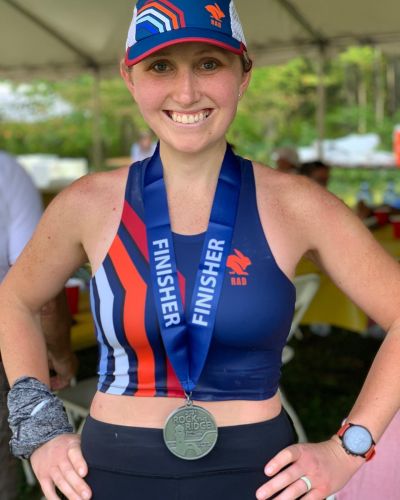 When running ultra distances such as a 100-mile race, it is important to be adequately fueled.  When running a marathon, runners mainly fuel with carbohydrates throughout the race.  When fueling for longer endurance races, it is important to fuel with a variety of fuel sources such as real food that contain a mixture of carbohydrates, protein and fat.  If just using gels and gu like you would for a marathon, you will tire of the sweet flavor and run out of energy very quickly as you need protein and fat to sustain the longer, potentially slower distances.  It is also a good idea for the foods eaten to have electrolytes in them such as sodium, potassium, magnesium and calcium.  Make sure to train with the foods you are taking with you though.  As with all races, don’t try anything new on race day.  Some examples of what to bring are a peanut butter and jelly sandwich, wrap with hummus, cheese and pickles, quesadilla, roasted chickpeas, Balance or Luna Bars. 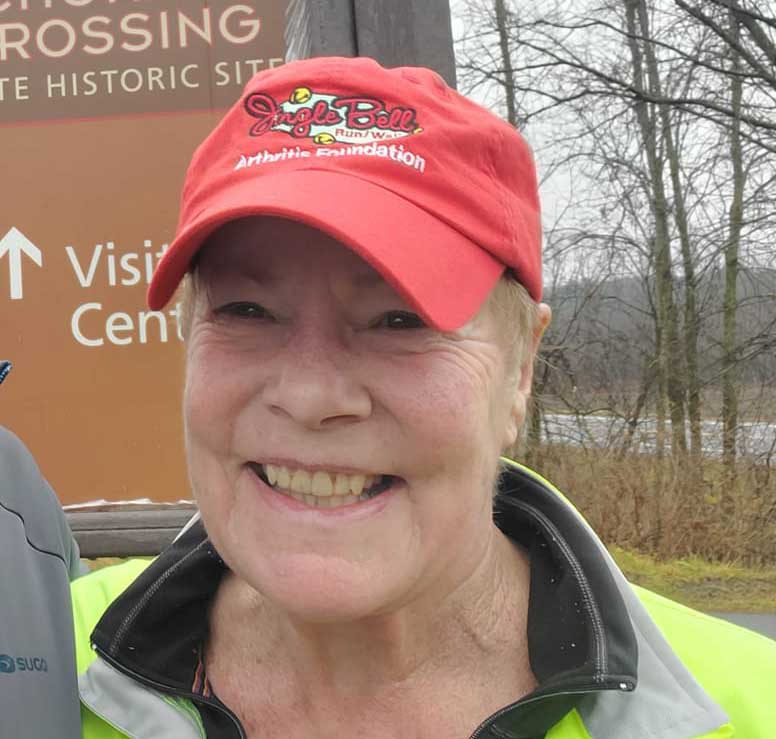 Shorter races such as 5Ks and 10Ks don’t require the extremely high carbohydrate loads that half and full marathons do but when running on a regular basis the recommendation is still 50- 60% of the diet from carbohydrates.  In addition, there are several foods that contain nutrients called ergogenics which enhance performance in different ways.  Some examples are beets, spinach and watermelon which increase the body’s production of nitric oxide which increases oxygen and nutrient delivery to muscles.  Another example is foods such as apples, olives and onions that contain quercetin which helps to clear out lactic acid and delays the onset of fatigue.  Citrulline, found in cucumbers, radishes and celery enhances the effect of nitric oxide.  Click on picture of watermelon salsa recipe that includes a food from each of these categories. 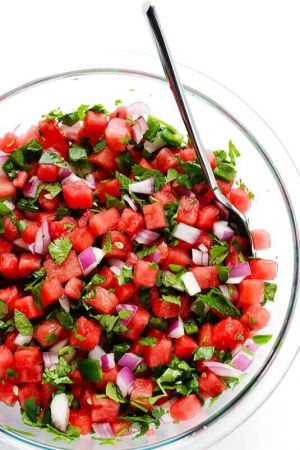 At the last mile, the two top females at the Boston Marathon were battling it out, when suddenly Peres Jepchirch, who won, pulled out a hydrating bottle and probably chugged an energy drink. Do you think this gave her the boost she needed to win the extremely close race?  Also, do you think people should refuel after a run?

While energy drinks can help energy levels during a race, it takes about a half an hour to take effect.  So if she did take in an energy drink during the last stretch it probably was not enough time to have an effect on her performance that late in the race.

After a run or a race, it’s important to help your body recover by replacing what it has lost.  Eating within 30- 45 minutes of training or racing helps to decrease the cortisol that is being secreted.  Cortisol is necessary during a run to mobilize stores of nutrients to be utilized for energy.  If it stays elevated after the run, it can cause inflammation, increased soreness, risk for injury and inability to replace nutrient stores.  Consume a mixture of carbohydrates and protein after a run to replenish glycogen.  The protein facilities the movement of the glycogen back into storage.  Examples are peanut butter and jelly sandwiches, chocolate milk, or a hummus, cheese and pickle wrap. 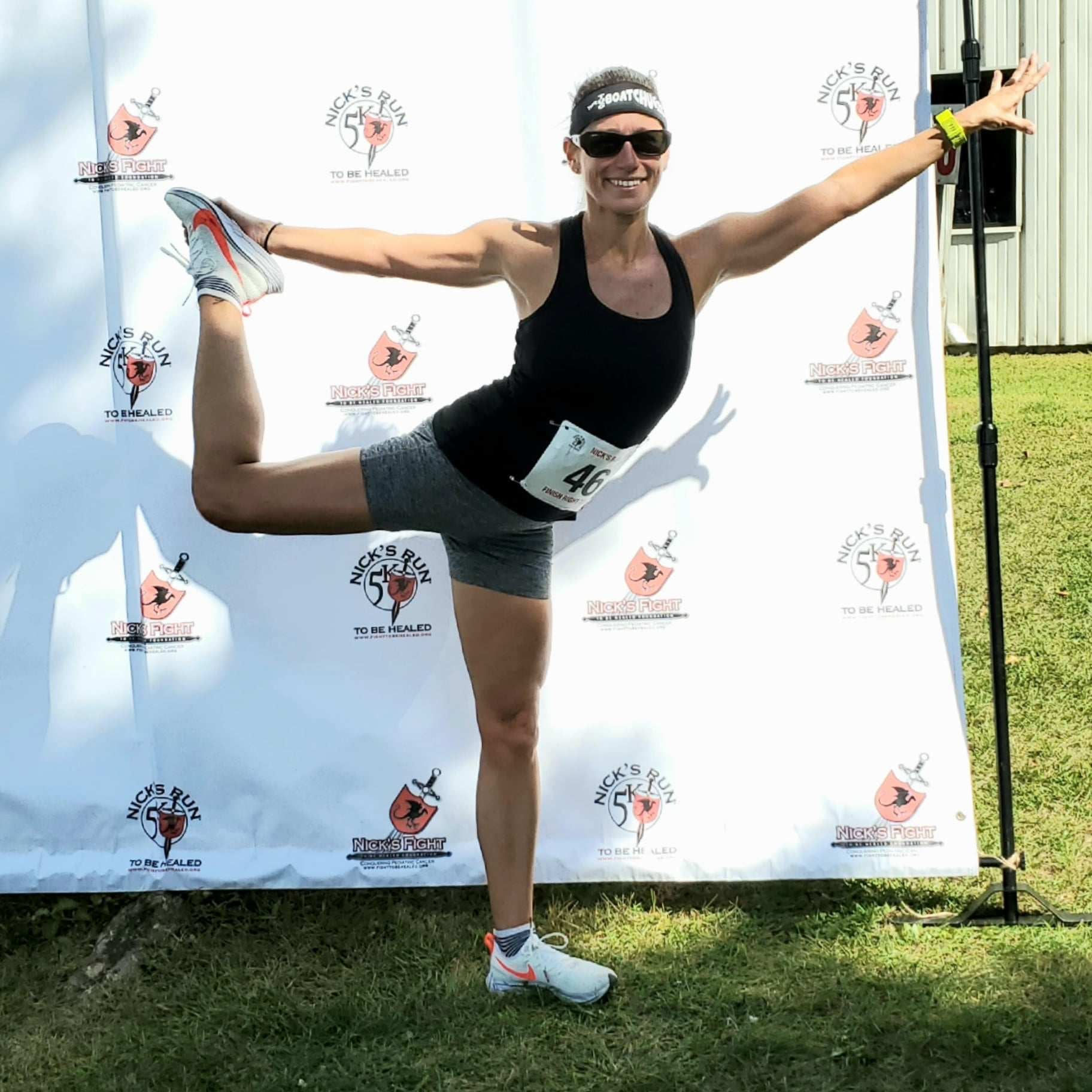 Dr. DeLorenzo has been a Registered Dietitian (RD) since 2001.  She received her BS in Food Science and Dietetics from the University of Rhode Island and her MS and Doctorate of Clinical Nutrition from the University of Medicine and Dentistry of New Jersey.  She currently is the Program Director for the Master of Science in Nutrition and Human Performance Logan University and serves as the team dietitian for USA Para Powerlifting at Logan.

In addition to dietetics, Dr. DeLorenzo is a 200-hour trained yoga teacher and is currently obtaining her certification in yoga therapy with an emphasis on improving body image.  She teaches online yin yoga and power yoga and provides yoga therapy for clients with anxiety, body dysmorphia, and pain.

As owner and founder of Nutrition for Optimal Performance, Dr. DeLorenzo specializes in working with athletes.

If you have a question for Dr. DeLorenzo, please click here!