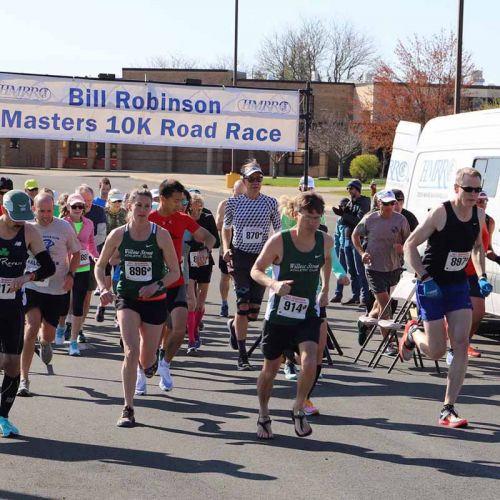 On a gorgeous Saturday at the end of April, master racers gathered for the 40th annual running of the HMRRC Grand Prix Event that had been in abeyance during the pandemic.    The event was won by Jake Stookey who had won it once before and Meg Versteegen. To follow are their accounts with ladies first. 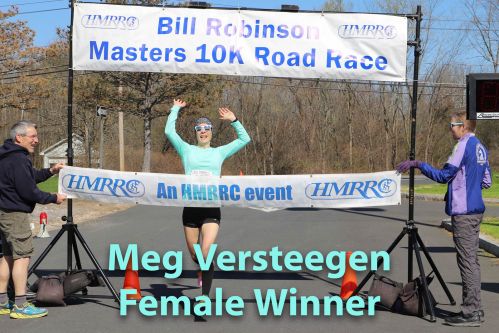 You know what the best part of running a new race distance is?

I had never raced a 10k before, so when I spotted the Bill Robinson Masters 10k, I jumped in at the last minute. Having fairly recently 'graduated' to the Masters category, I had also never run in a Masters-only event.

A small (but mighty!) group of us gathered, and we took off from Guilderland HS to conquer the out-and-back course. I had no idea where I was going, but we settled in over the first mile. The course turned out to be pretty straightforward, with a few mild turns and undulating hills. The third mile was great, as you find yourself flying down Hawes and then Weaver Road... but then there's the turnaround and the fourth mile has you climbing back up! It's been a fair while since I've raced anything less than a half, so I wasn't quite sure what to expect pace-wise. I just tried to keep the effort even throughout, and attempted to shadow one of the guys (thanks Andrew!). As I rounded the final corner into the HS parking lot, I noticed the two finish line attendants hurriedly fiddling with something. A huge smile burst out on my face when I saw the finish line tape unroll - what a treat! Thanks to all who contributed to this event - may we all be faster as a master!! 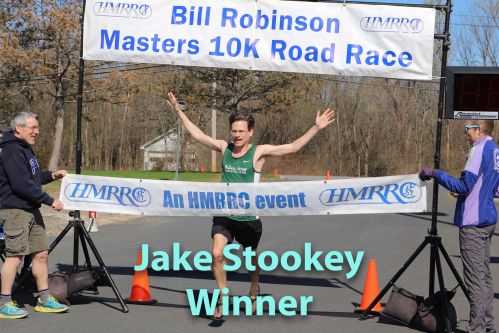 This was my second time running the Bill Robinson Masters’ 10k race at Guilderland High School. The directors put on a great race, with cool shirts for entrants, a well-marked course, and awesome awards. The weather was excellent for running with sunny blue skies. This year the award was a pint glass with the runner’s finishing place etched into it. When I pulled into the parking lot before the race I saw Liwei, a runner I hadn’t met before, stretching and warming up. He looked like a force to be reckoned with! When the race started he led the way, with Andy and me not far behind. He was holding a steady pace through the wind and hills. It was hard work keeping up with him, but I thought that if I let him get too far ahead then I would never catch up, so I kept working at it. Then at a little after the four-mile mark, just after the big hill climb, I managed to catch Liwei and kept running as best I could and managed to hold onto that lead across the finish line. Thanks everyone for putting on a fun race, and to all the runners who competed! 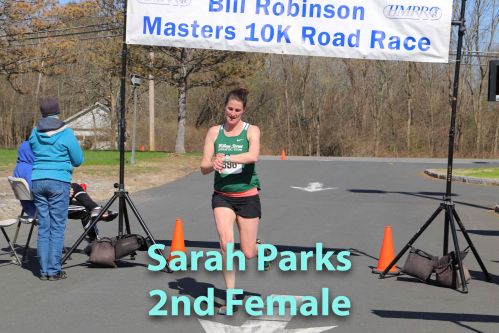 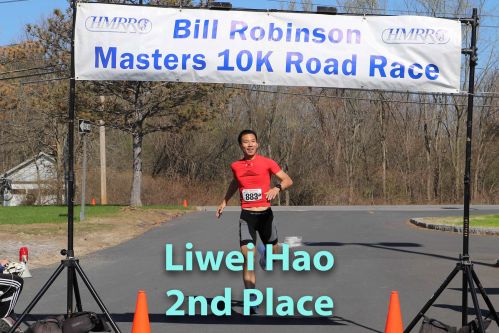 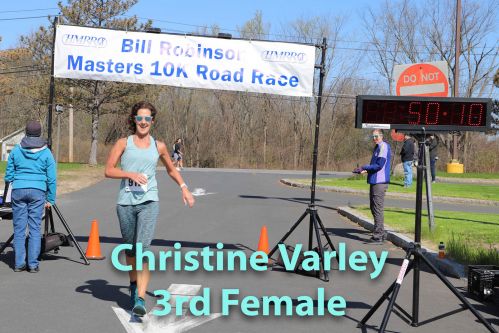 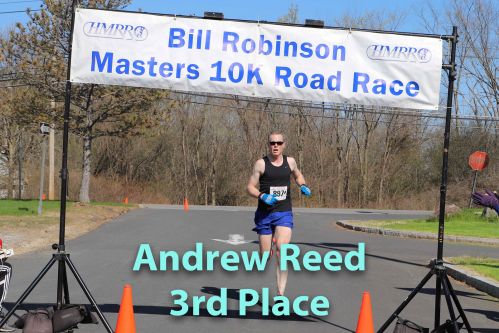 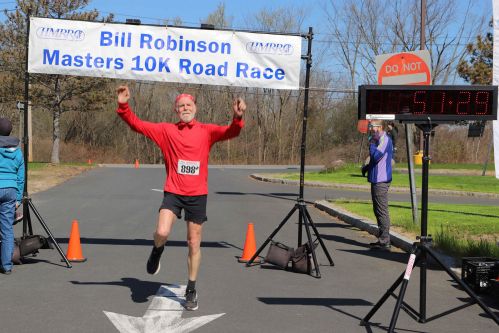 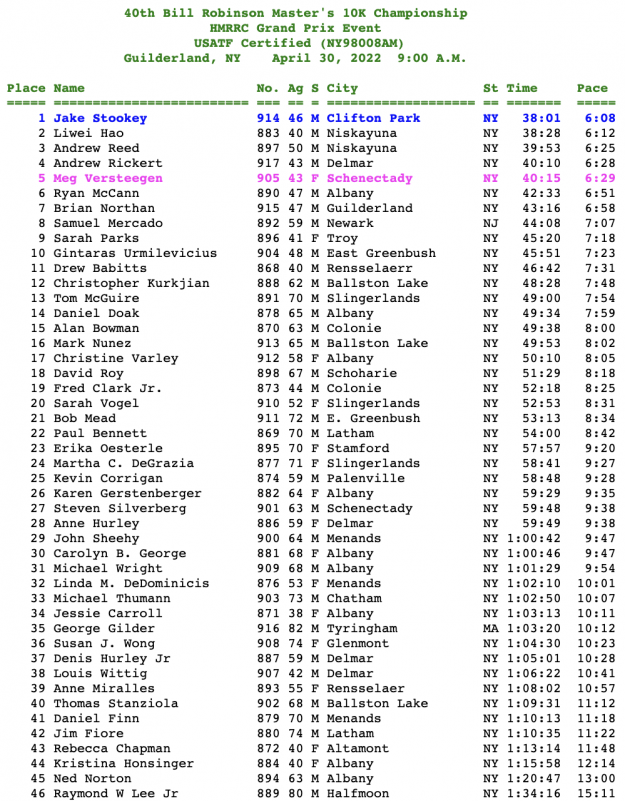