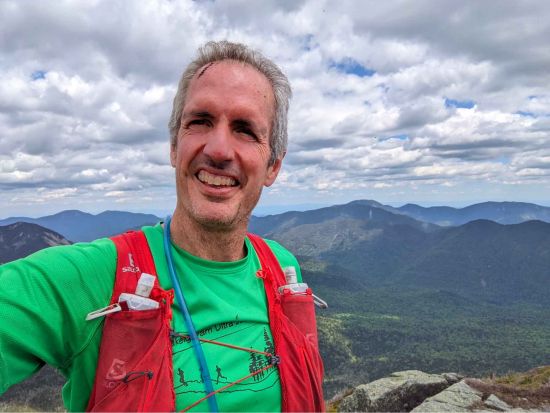 Well, it finally happened. I started running 12 years ago and completed my first marathon after 11 months of running. I was not really physically ready for the marathon distance but slogged out a 4:42 in the Fall of 2011 at the Mohawk Hudson Marathon. After that I was pretty hobbled for the next 6 weeks. But I was hooked on distance running. I doubled my efforts and followed a better training plan and completed the Vermont City Marathon the next spring with a time of 3:37. I returned to the Mohawk Hudson Marathon the next Fall and qualified for Boston. I have been running almost consistently since then without a major run-stopping injury. I have had a few scares with some pain here or there, but nothing memorable. A kidney stone along the way also halted my running for a few days.

However, I have always feared the day when something would go wrong, and my luck would run out. Last year while training for Manitou’s Revenge 54-mile trail race (This is a grueling, gnarly, nasty course with approximately 15,000 ft. of climbing, much of it rocky and precipitous), I fell and fractured my upper humerus while running the Great Range Traverse coming down Mt. Marcy. This kept me off the trails for 6 weeks, but I was still able to run with a sling. I did miss Manitou’s race in 2021 but did complete the Cascade Crest 100 in late August.

2022: the year of stitches and breaks

2022 has been a rough running year for me. At the Boston Marathon, I tripped on one of the rail crossings and hit the ground and required 7 stitches after the race. After a 10-minute time out in the medical tent, I somehow managed to talk them into letting me back into the race. Although I did not hit my goal time, I did finish with blood streaming down the side of my head. I looked so bad when I crossed the finish line that some random guy came up and took a selfie with me and said I was a badass for finishing the race bleeding all over the place like that. I got stitched up that night after dinner and was out running the next morning. 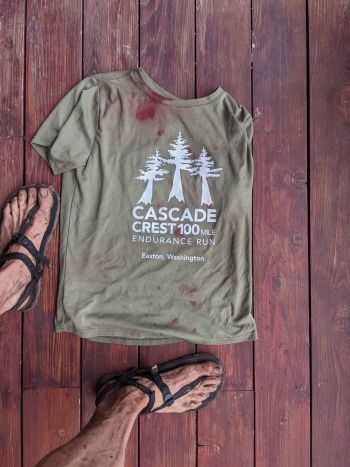 My next mishap was at the Patch Sprint 13-mile trail race that covers 4 mountains. On my way up the second mountain, I ran into a low-hanging dead branch and gashed my head again! This time it was like opening a faucet and the blood poured out until I was able to tie it off with the shirt off my back and an ace bandage that I carry in my pack. I posted my first race DNF and decided to call it a day and go get the stitches. Due to some logistics, I ended up climbing the last mountain in the race anyway to get keys to a car that had my wallet and insurance card before getting stiches. The next morning, I returned to the Adirondack Great Range Traverse for my first solo attempt at this trail, covering 8 High Peaks, including Mt. Marcy and Haystack. I did not break an arm or any other bones and had a fantastic day in the mountains. I was ready and looking forward to Manitou’s Revenge.

About three weeks before Manitou’s Revenge, Mountain Dog Running hosted the first ever Death by Staircase 12-hour race. The idea is to run a 3.9-mile loop that starts off on the infamous Staircase of Death Trail. Runners would see how many loops they could complete in the allotted time. There were 12 and 6 hour solo and team events. It turned out to be an awesome event, with the winner running 12 laps in 12 hours (48 miles and 12,000 feet of gain). While flagging the course I twisted my left ankle. It was sore for the rest of the day but felt good enough the next morning that I was able to run 6 laps myself, getting in 23 miles. The next week my achilles was a bit angry but by the weekend was in top shape again. 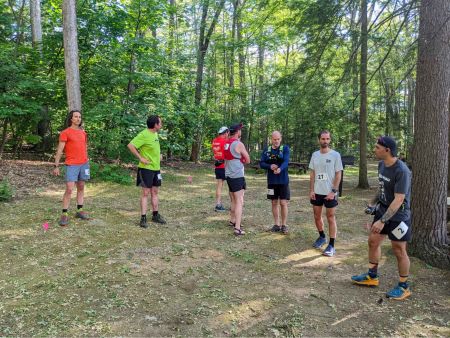 Unfortunately, Manitou’s Revenge came on the same weekend as my youngest child’s graduation from high school. This meant a long day at SPAC, a family dinner at Antipastos restaurant, and a 2-hour drive to a motel close to the finish line of Manitou’s Revenge, where the starter bus loads up. I ended up with about 5 hours of sleep but was feeling optimistic about the day.

I tripped a few times early on the trail, but nothing bad. Coming into the first aid station at mile 10 with a barking dog and cheering volunteers, I got pumped up and did a showy jump onto a rock which was slicker than it looked and went down on my head again! More blood! I was able to bandage it up and stop the bleeding. I slowed down and took care. I was moving along pretty well and was not bleeding out, so there was a good chance to finish the race. Around mile 16, I went down again on another slanted rock that looked grippier than it was. This time when I stood up my left foot was in real pain. I was able to limp to the next aid station, about half a mile away. I put some ice on it, tested it a few times and called it a day. Two DNFs in a month's time after completing every race for 12 years.

I was able to get a ride back to my car at the finish line from a volunteer once they shut down the aid station. I drove straight to the urgent care in Clifton Park (well, I did stop to grab a sandwich along the way). An x-ray confirmed my suspicions that the 5th metatarsal was broken! I would not be running for a while! It finally happened.  I broke myself and would need to take an extended break from running! Horrors! 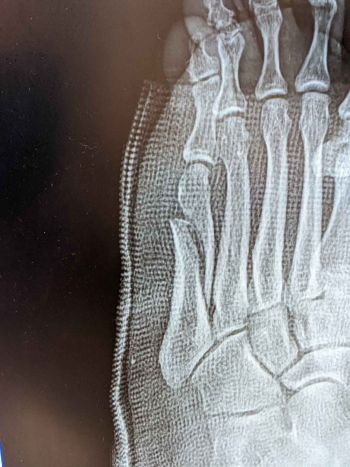 At the ER they put me in a non-weight bearing cast, which meant crutches, which by the way suck! I did have an iWalk 2.0 pirate like peg leg from when my wife had foot surgery. She never mastered it, but I was pretty determined and quickly was able to get around the house using it. It was not great but was better than crutches as I had two free hands. On Monday I was able to get to the orthopedic doctor. He put me in a walking cast. At least I could give up the peg leg. 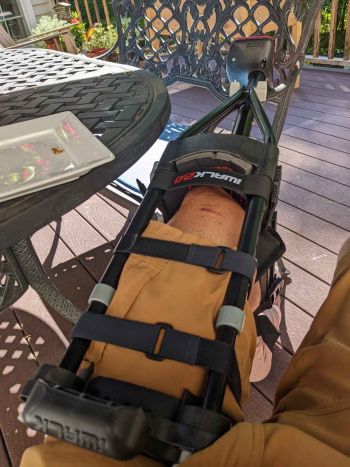 We had planned a family vacation in Maine so off we went. My dreams of trail running, swimming, and general Maine fun were over. The house we rented was on the water but had a sketchy trail that was difficult to navigate in a cast. I made a quick trip to CVS and got myself a cane. I was then able to slowly make it to the water. I was able to kayak several times while wrapping the cast in a garbage bag. I even walked up a slight mountain with my dog and the cane. 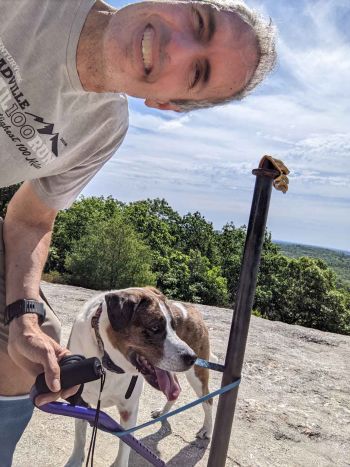 Figuring out how to move

After a week in Maine and hobbling around, I got the idea that maybe a scooter would work. I ordered one on Amazon. I had to make sure it had hand brakes, as my casted foot would not be able to operate a foot brake. I really was desperate to figure out how to move while self-powered. I was told not to ride a bike. And bikes were not allowed. 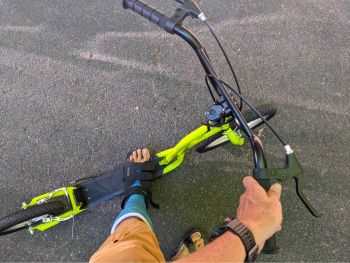 Sometimes ideas are not good.
Anyone want a nice scooter?

The scooter was OK. I was able to do a 5-mile scoot. However, it kinda sucked. My casted leg got tired, and my other leg hardly did any work. When I went downhill it was just a ride. This was not what I was looking for.

I started to think that part of the problem was the cast leg was higher than my Luna sandals or very thick Tevas. So, I tried some old hiking boots. It was better but the boot was hot and heavy. I would have to innovate. I took apart an old Luna sandal and stuck it with Shoe Goo to the sole of a Teva sandal. This was something I could work with. Walking was easier with two equal length legs.

I happened to see a video in my Facebook feed about Nordic walking. This was using trekking poles and Nordic ski techniques to walk faster. I had some poles and gave it a go. I was able to do a 15-16-minute mile walking with the poles and the cast. Well, this was something I could work with! I was moving again. I have gone slower than that in parts of longer races. This works best on a flat dirt surface. I quickly tried out one of my favorite running spots in Clifton Park, the Vischer Ferry Preserve. It has the perfect flat dirt surface for Nordic walking with a cast!

After two weeks of nothing, I suddenly had something! I was able to move again with my own two feet in nature. It wasn’t running but it was close enough for now. I did 36 miles of Nordic cast walking that week. I have learned a new skill in how to use poles correctly and am hoping they help me with my next long race. 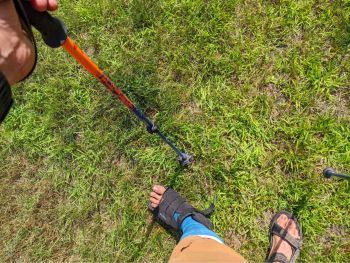 First walk with the poles

The Nordic walking has been awesome. I have been posting these on Strava as running events. It is close enough for me. I have also been able to go on long walks with my wife when I would normally have been abandoning her to run. At the 3 week mark I went back to the doctor and they removed the cast and replaced it with a walking boot. My confidence in moving around has been growing and the pain is pretty much gone.

My next big move was riding my mountain bike. It was not so bad with the boot. I did a few rides and then attempted my road bike. Obviously, I am not clipping into the pedals. However, my pedals have a flat side and a clip inside. So, with one sandal and one boot, I am able to road bike! I quickly put in 30 miles and enjoyed getting back more freedom.

Every year since the first time I ran the Wakely dam ultra I have run it. This year I would have to miss it. Instead on race day, I rode my bike from Clifton Park to Keene Valley. It wasn't the same, but it was close enough. 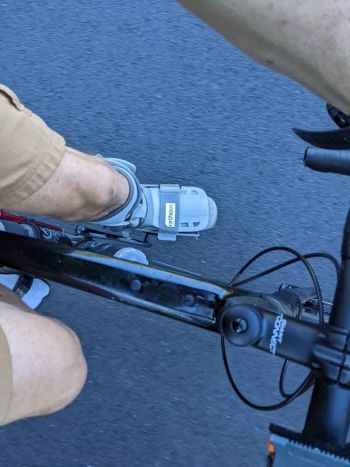 Live action shot on my way to Keene from Clifton Park 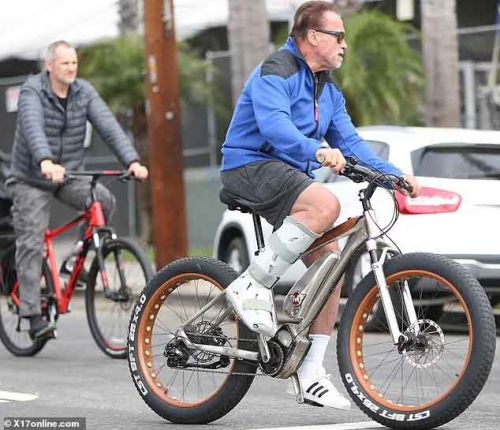 If the terminator can ride in a boot, so can I! Although only girly men use an e-bike with a boot.

Free to move about the country

When I run trails, the Southwest Airlines slogan “free to move about the country” often comes to mind. Being able to move around on your own power provides an awesome feeling of freedom. Turns out it is what I missed the most. I am not sure how much longer I will be broken, but I am grateful for the movement and freedom that I have found.

In addition, I have realized one of the things I like about Ultra running is the problem solving aspect. In this process I was able to problem solve until I was able to be mobile again.  I’m hoping to make up for lost time in the fall and winter. 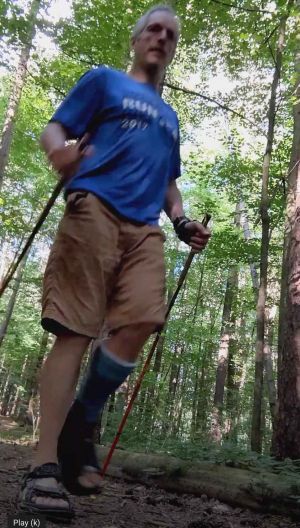 Nordic walking with a cast 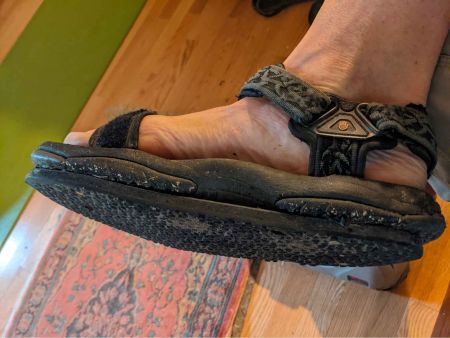 Hacked maximal sandal, old Teva with a Luna sandal screwed into it.