Book Review: What Made Maddy Run 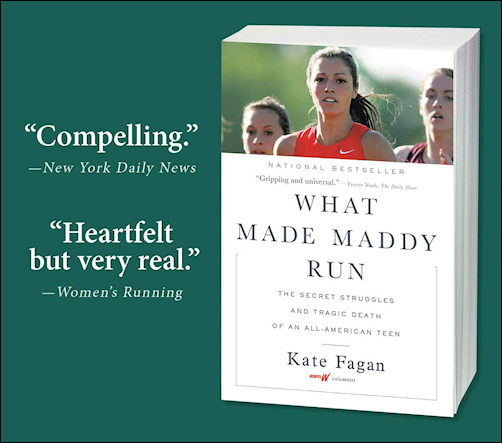 At the Olympic Games, Simon Biles brought to light the high levels of stress that elite athletes face when performing at high levels and the potential detrimental effects that this stress can have on mental health. Tennis star Naomi Osaka is another example of a gifted but troubled athlete.  Unfortunately, high levels of stress are felt by all levels of athletes including those at the collegiate and high school levels. What Made Maddy Run is a cautionary tale of the unfortunate circumstances that arise when an athlete either struggles in silence with mental illness or is not able to receive the appropriate help they need to manage the stress and struggles of transitioning into young adulthood. These stresses include balancing building independence, finding one’s way in the world, maintaining competitive fitness in sports, managing the rigorous demands of academics, and then trying to maintain some additional time for leisure and fun with what is left.

Madison “Maddy” Halleran was a successful and high achieving teenage athlete at the University of Pennsylvania who tragically took her own life in January 2014. Before entering college author Kate Fagan describes Maddy as “By all accounts, Madison in high school was this young, happy, vibrant, wildly successful human being, who was destined — according to everyone around her — to do amazing things with her life.” Brimming with potential is the expression that comes to mind when reading that quote. Maddy accidentally happened upon track as a second sport after first falling in love with soccer earlier in life. Ironically, it was running and high grades that got her into the University of Pennsylvania. From the outside, Maddy appeared to be brimming with potential when she began classes at UPenn in the fall of 2013. 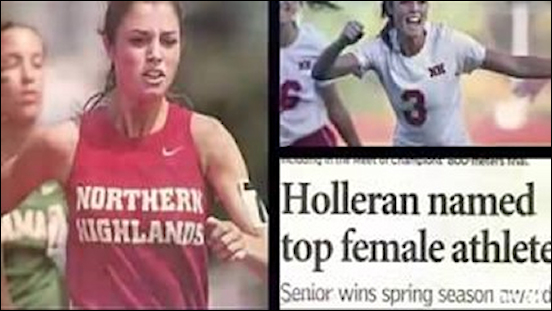 The truth was that Maddy was struggling with anxiety and depression as she transitioned. The reader learns that Maddy had reached out to her parents about her struggles and had also discussed her difficulties with the UPenn coaching staff. Both Maddy’s parents and coaches were supportive of Maddy getting proper help and potentially transferring to other schools if it would alleviate some of the pressures she was facing.  As author Fagan talks about Maddy’s struggles, she also puts into perspective the plight of many young adults in similar situations across the country at elite institutions. Each university seems to have its own term for what Maddy, and others were experiencing. At Stanford it is called Stanford Duck Syndrome and at UPenn, “Penn Face” signifying the relentless pursuit of achievement in which an individual looks happy, makes their achievements seem easy, and acts as if success comes naturally rather than because of hard work, while under the surface they are pushing relentlessly with seemingly no end in sight.

While Penn Face or Stanford Duck Syndrome has been experienced by generations of attendees at elite universities Maddy was among the first group of individuals who had grown up almost entirely in the digital era. Maddy and her friends were among the first of a cohort who also had grown to meticulously edit and curate their lives for social media consumption. Fagan talks about how the compulsion to airbrush your life on social media creates a disconnect between the image projected of oneself and the real person. Protecting the image you’ve created of yourself on social media becomes more important than who you really are or want to become. Additionally, the constant feedback makes it appear, at face value, as if everyone else is living their best lives. Fear of missing out becomes a common theme compounding the stress, anxiety, and depression that can crop up in high-pressure environments.

Fagan does a great job of recreating the life of Maddy and telling her story through glimpses at her iMessages, social media accounts, e-mails, and accounts with friends and family. Fagan also raises the question about what schools can do to better help students struggling with mental health. The book was published in 2017, three years after Maddy’s suicide and unfortunately social media has become seemingly more entrenched in people’s lives today than in 2017 or 2014. Fortunately, the potential ill effects have become better understood and the mental health struggles of young athletes have become a more pressing issue. This book is a definite read for all athletes who feel the constant stressors and struggles of maintaining one’s mental health. 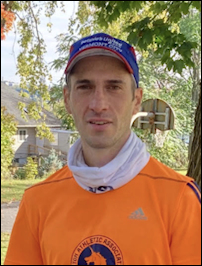