Talking to the “Usetabe” Runner: Can you convince a friend to get back into running? 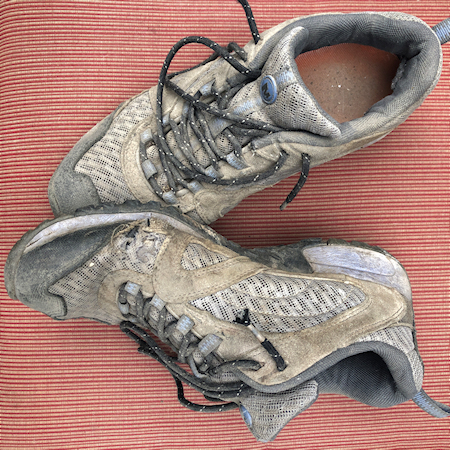 As a mature woman who does multiple sports, I meet a lot of people who used to run.

Golfers who walk 5 to 7 miles for 18 holes but think they can’t go any faster anymore.
Former basketball players who assume their beat-up knees can’t face the jolting.
Tennis players who say their sport provides all the aerobics they can handle now.
Rowers who’ll still run the occasional 5K for charity but declare they must avoid the arthritic potential lurking in a high-impact sport.

Truth is, all these “usetabes” know running is a good idea – it’s at their front door, takes next to no investment, doesn’t require rounding up companions, and can’t be beat for athletic value. But they’re all a little scared of it.

I’m a returning runner, taking it up in 2018 after a four-decade gap. If you have former runners among your friends and family, I offer some suggestions for answering their arguments:

The impact of running will damage my joints.

First of all, numerous studies of recreational runners prove they don’t see osteoarthritis in the knees and hips any more than other people. (Here’s one of the many research papers on this topic.) Moreover, the more experienced the runner, the better the toleration of high-impact forces on those joints.

Further, there’s evidence that running actually helps knees while “hurting” them. Exercise apparently builds cartilage, a process previously considered unlikely because this joint-cushioning tissue doesn’t have its own blood supply.

Running’s “cartilage conditioning” operates in a way conceptually similar to weightlifting’s muscle building through micro-tear insults. Stressing human tissue—“C’mon, you stupid old meniscus, get going or get out!”—makes it get stronger. 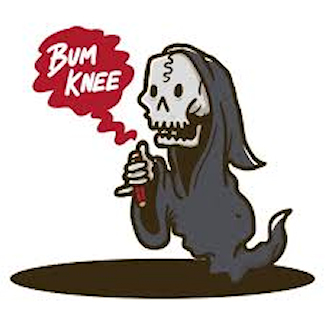 I’ve got a bum knee/hip/feet/ankle/shin/you name it.

Address that vulnerable body part with some “prehab” before you start running. I’ve done this twice after injuries that had already mostly healed.

The reality of physical therapy, as revealed by your insurance statements, is that your co-pay covers the bulk of each session’s cost—so act like a customer. Get a referral from your physician for your historical problem, but don’t just hand yourself over for open-ended treatment. Tell your therapist you can afford three sessions, and you want to learn techniques to keep from reinjuring yourself. The therapists I worked with enjoyed doing preventative medicine with me, as a change from the aftermath treatment that made up the bulk of their work.

Pain doesn’t necessarily mean damage, but who wants to feel it anyway? The universal startup advice says to ease into running slowly and increase gradually, in terms of both distance and speed.

When I started running three years ago, I couldn’t go more than a quarter mile without quitting and questioning my sanity. I’d walk a bit, then try running another quarter mile. Eventually I began entering 5Ks, 10Ks, and this year a half-marathon (about 10 miles of which I actually ran).

Run/walk intervals are entirely respectable. People do entire marathons this way, and some of them finish them faster than battered runners.

Oh, and DO tell your run-returning friend to buy a decent pair of shoes. I finally got happy feet when I switched from my worn-out starter pair to fresh soles. Investing in quality trainers is more critical to pain control than spending money on svelte, stretchy shorts, and your friend will end up with a closetful of tops by entering races.

I’m just a jogger, no one will want to run with me.

By the way, you’re not “just a jogger.” Even at a modest pace, you’re a runner if your feet leave the ground at some point in the stride. Otherwise you’re a walker. Jogging is a mythical gait.

Proselytizing runners do owe their “usetabe” friends some patient company, but returning runners may benefit from going it alone much of the time. My worst running injury happened as a newbie when I tried to keep up with zippier people on a beer run—their warmup pace was my destination speed.

Just a few blocks into the rough pavement of Albany’s warehouse district, I jibbed sideways to avoid a big pothole and my still-cold muscles delivered a ferocious groin pull. I spent the next three days painfully crawling up and down my staircases (yes, plural) to let my dogs out.

This miserable experience motivated me to learn to warm up properly. Also, the stronger leg muscles I’ve built since then make injuries and falls less common for even this inveterate klutz.

See above. The best way to lose enough weight to run is to start running.

There’s a ton of support, too, especially if you’re female: a Facebook group, a movie, several books, and too many training plans to link (but here’s one, no endorsement implied or intended and all that).

Back to the science: One study shows running reduces the likelihood of osteoarthritis and hip replacement because it is associated with lower BMI (body mass index). Run to lose weight, and you’ll stay healthier longer in SO many ways, including mentally. 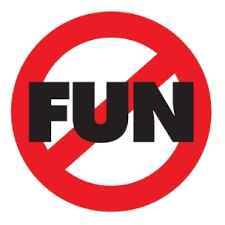 Fun is a matter of taste, but I do sympathize. I run because I have to more than want to, and it takes at least a mile of warmup before I begin to experience something remotely resembling pleasure.

Running will never be as fun for me as golf, which is, after all, a game. Nor is a run as fun, I suspect, for most adherents compared to typical runner-adjacent sports like hiking, kayaking, and bicycling.

Fortunately, running is also mildly addictive—probably the most benign dependency an American can experience, which is why some 50 million of us are doing some form of it.

So now I can’t live without it. And if you can convince some of your “usetabe” friends to take up running again, they’ll join you in living longer with it. 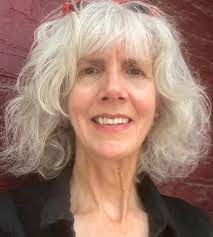 Stephanie Mumford Brown is Chief Wiseacre at Wiseacre Press, where she’s trying to compile the missing assembly instructions for the second half of life. She's a former reporter/editor, business writer and marketing consultant, now focusing on sportswriting, opinion pieces and books.