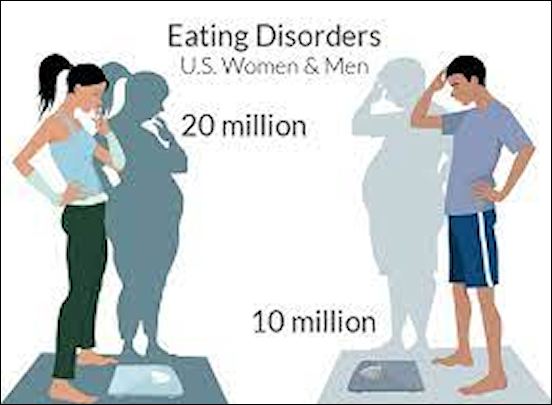 Eating disorders are not just a woman’s issue. An estimated 8% of male athletes, as compared to 33% of female athletes, have pathological eating disorders that can damage their physical and mental health. This includes anorexia, bulimia, binge eating, and compulsive exercise. Another 19% of male athletes likely have sub-clinical disordered eating behaviors. If anything, these estimates are low because eating issues in males can be challenging to identify. Many go undetected and untreated, as demonstrated by new research published earlier this year (1).

Male athletes live in an environment that can easily trigger disordered eating. Triggers include: 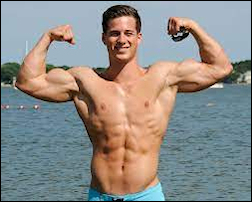 Advertisements and social media teach men they should look lean and muscular. But no one teaches them the images are photoshopped. Or that some of the male models use performance enhancing drugs to help them look so buff. As a result, male athletes tend to suffer in silence with their concerns about their bodies, which they may perceive as “flawed.” After all, real men don’t talk about this stuff with others. Hence, they may believe they are the only ones who eat less and exercise more to fix their flaws. They may not even realize their behaviors are abnormal. Don’t all serious male athletes live on salad to be lighter, leaner, and (supposedly) better? Turns out, that is not the key to success.

Why do eating disorders take root in men in the first place?

An eating disorder gives a sense of control. While an athlete cannot control his genetics or his coach’s opinion of him, he can attempt to control his food, exercise, and weight. Given the (incorrect) belief the lighter athlete is the better athlete, competitiveness can take hold. A vulnerable male can feel compelled to do whatever it takes to reach a performance goal or a target weight. Unfortunately, one athlete’s extreme dieting can become another athlete’s motivation to become even more extreme. (“If Joe skips breakfast to lose weight, I should skip breakfast and lunch….”) The male sporting environment embraces and rewards extremes.
Extreme behaviors can bring desirable results initially – as well as praise. (“Our #1 runner is the healthiest eater on the team”) Positive comments from others are validating, confidence-boosting, and perceived as a positive sign that their efforts are paying off. That is, until the body starts falling apart. (Athlete + too much exercise + too little fuel = injuries, sooner or later)

If a male athlete hears a negative comment (such as, “Looks like you’ve gained some weight… ?”), he might feel the need to work harder and go to extremes to correct the problem. While eating less and training more might look like discipline and dedication to the sport, the extremes can destroy one’s quality of life, to say nothing of dramatically increase the odds of getting a stress fracture, tendonitis, pulled ligament, or other injury associated with underfueling and/or poor nutrition.

Research confirms that few male athletes readily seek treatment for their eating disorders. They may believe they are not “sick enough” to justify getting help. They are likely unaware of the risks they are imposing on their physical and mental health. Most are unaware that their thoughts or behaviors are disordered.

Many males have no one to talk to. This leads to suffering in silence. If a male athlete does try to talk about his experience to a teammate, the teammate might express disbelief and have little understanding of what the athlete is talking about. This can lead to embarrassment and shame.  It’s shameful to not only have an eating disorder—Isn’t that a woman’s issue?—but also to want a body that’s slim (not muscular, as society preaches).  It’s easier to try to hide their eating disorder rather than share their personal issues.

Other male athletes don’t even know they have a problem because they have been performing well (to date) and no one seems concerned about their extreme dieting and exercise behaviors. They just get praise for how dedicated and disciplined they are. These positive comments must mean the behaviors are working and paying off (in the short term). But injuries will inevitably ruin the dreams…

• In a survey of eight men with eating disorders, only four sought help—and that was when the physical and mental costs of restrictive eating outweighed the benefits. One subject reached out for help after he passed out on the side of the road during a long run. Others acknowledged the loss of sexual interest/function (side effects of under-fueling), and the heightened anxiety, depression, and extreme fatigue just weren’t worth it anymore.

What can we do to minimize eating disorders?

Male athletes need to be educated about:

Coaches, trainers and sports medicine professionals also need to be educated about warning signs of eating concerns (skipping team meals, complaining about body fatness, avoiding carbs). Just like a torn ligament, an eating disorder is an injury—a mental health injury. Male athletes deserve to be able to comfortably seek help instead of suffering alone and in silence. 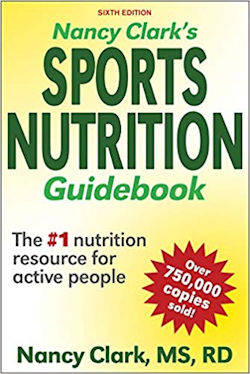 This book is available on Amazon