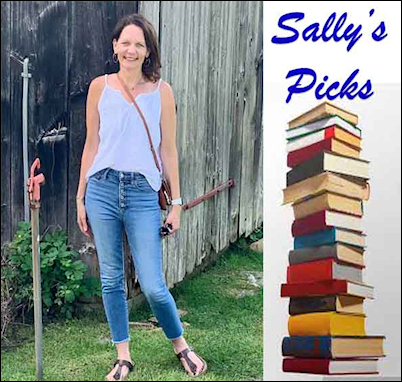 An epic and powerful novel chronicling an American family from the colonial slave trade to present day. Connecting the life of a modern Black family in the American south to centuries of their ancestors,this novel tells an incredible overarching story of tragedy, trauma and triumph. Brilliantly written, the book unfolds over 800 pages but is propulsive and engrossing. The closest I’ve read to the “Great American Novel”, this is a masterpiece of story-telling, exposing how racism, oppression and the pursuit of freedom has defined our nation. And it is also deeply poignant with characters who will lodge into your heart and soul and forever hold a place in them.

Everything I Have is Yours: A Marriage by Eleanor Henderson

A truly strange memoir about a novelist married to a man plagued by a bizarre, undiagnosed medical issue. Part medical mystery, part marriage memoir, this is hard to put down but the author’s devotion to her husband is in its own way toxic and enabling. I appreciated Henderson’s honesty (she holds nothing back) but this relationship is disturbing.

The Husbands by Chandler Baker

A feminist satire that turns the Stepford Wife theme on its head. Set in a neighborhood dominated by high-performing professional women, the story reveals what the world would be like if the “second shift” burden was placed on men. Very relatable, funny and smart but the story gets a little over the top by the end. 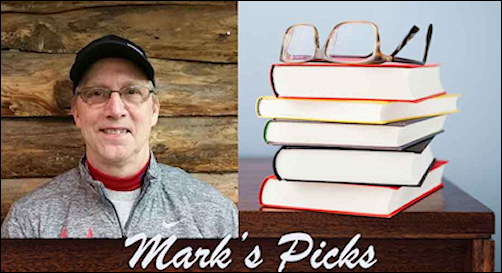 I really enjoy this series and it' spin off, Brit in the FBI. Here, husband and wife team, Savich and Sherlock and their team chase down a serial killer...none other than Ted Bundy's daughter Kirsten! She's trying to go after her dad's record and likes to meet lonely girls in bars (as either herself or dressed up like a guy), roofie them, and decapitate them with a wire! Agents Lucy and Coop join in as they begin their partnership in more ways than one. And Lucy gets a magical ring from her grandfather. It all comes together and makes sense by the end.

All the Best Lies (Ellery Hathaway, #3) by Joanna Schaffhausen

Can't get enough of this series. FBI agent Reed Markham and the girl he rescued fourteen years ago, Ellery Hathaway, are at it again as they partner up to investigate the 40 year old murder of Reed's birth mother, Camilla Flores. Reed, since adopted as an infant by a rich Southern family, learns through a DNA test that his adoptive dad, Senator Markham, is his ACTUAL father, so he and Ellery go to Las Vegas to see if they can dig into Camilla's past. The chemistry between Reed and Ellery, who was abducted by a serial rapist and killer when she was fourteen and saved by Agent Markham, is electric as they partner up to solve old crimes and ignite some sparks in their budding romance. I read these out of order and have completed all four in the series and can't wait for #5 due out early next year.

I've jumped around starting with #4 then back to #1, no #2. Excellent series. Ellery and Reed back together again as she calls him for help (again!) solving two separate cases. The tension between them is real as they try to figure out whether they are just partners or a couple! Excellent series and a great stand-alone.