On a beautiful sunny morning, the 26th of September, 2021, exactly 50 years after the inaugural Anniversary Run in 1971, the Golden Anniversary Run of HMRRC started at 9 a.m. with the traditional blowing of a whistle by Race Starter Burke Adams.

While the results were being compiled and finishing cards taped to the windows, runners snacked on an assortment of cookies, orchard-fresh apples and apple cider.

First place male and female finishers of both races took home a copy of Tom’s book, and as is traditional, a fresh baked apple pie was given to all six top finishers.  Age-group winners of the longer race received a coupon for a fresh loaf of Bountiful Bread of their choice.

Following the race awards presentation, winners of the HMRRC Distinguished Service and Hall of Fame awards were announced and the recipients received plaques. 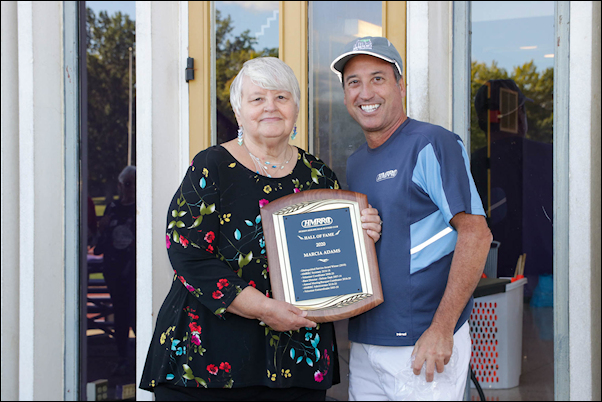 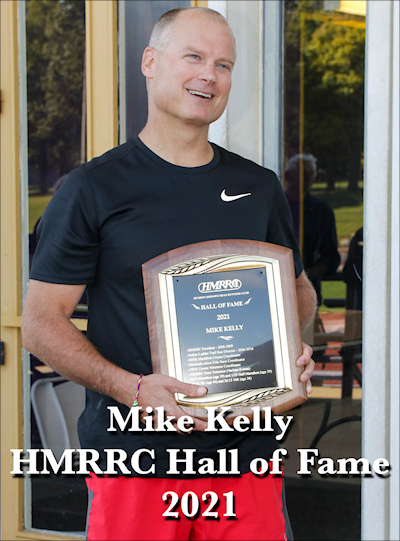 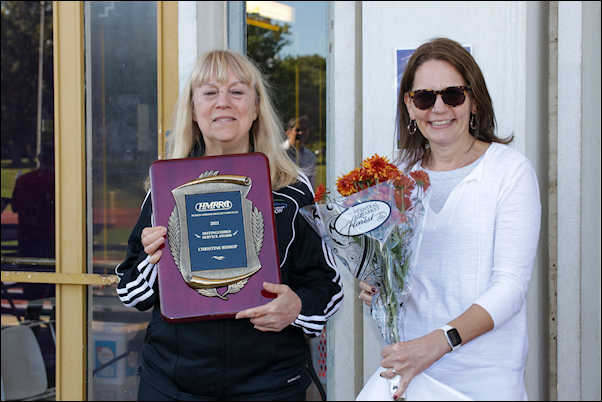 Note: Official race results published on the website show race lengths of 2.987 and 5.974 miles, after Ed Neiles, using new mapping software, measured and updated the distances.  I don’t doubt their accuracy but I will continue to refer to race lengths of 2.95 and 5.90, for reasons of tradition and convenience.  I simply won’t be able to remember the new lengths to three significant digits!

Thanks to volunteers John Parisella who manned the van, set up the Start/Finish area and marked the course, along with Ed Neiles. And Ken Skinner who assigned course marshal positions (Chris Rush, John Haley and more), Ray Newkirk and others who had the critical job of handing out finisher’s cards (and getting them back), and the lobby registration/results compiling crew of Barbara Sorrell, Maureen Cox, Carol Reardon and Jean Hull.  Kudos to photographers Christine Bishop and Bill Meehan for their contributions to the race and to everyone who helped. 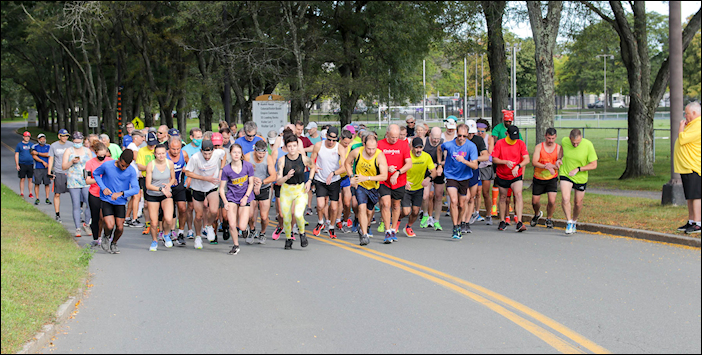