Running as a Student-Athlete During the Pandemic 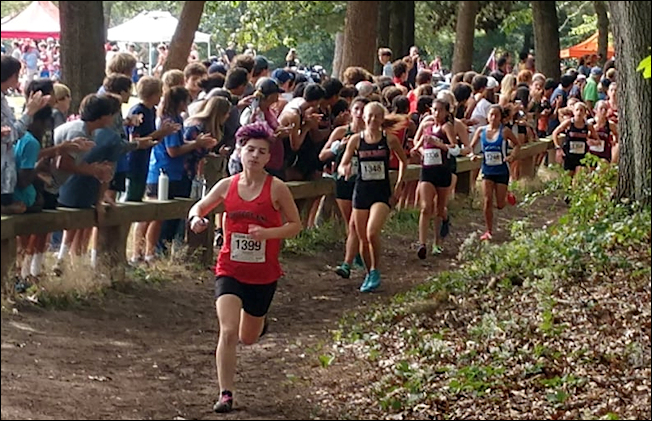 As everyone has been keenly aware, the past year and a half were interesting, to say the least. With the cancellation of many races and the changing mask policies, runners have been hit just as hard as everyone else due to the current pandemic. As a current high school athlete, we’ve seen some of the most chaotic parts of this in a way many others haven’t.

The beginning of the pandemic hit many sports hard, and many were unable to start as a whole, but track was. We initially started practicing like any other year.  A few days in, we were told that we wouldn’t be stopping due to the pandemic, then we did. The next day the school closed, first for a week, then two, then a month, and finally we didn’t return to school until the next year. Some coaches tried to give their athletes workouts to do, and those in more specialized events like jumping and throwing events tried to find alternate workout strategies. For distance runners, that meant you start putting in mileage.

My team usually does a summer miles challenge where you’re given ten weeks to run as many miles as you can to build a base before the season starts. In 2020, it became closer to a 20+ week lead-up period with no end in sight. School ended in my district on March 13th, but when your main season is cross country there is little motivation to train for a track season that may never come, at least until the weather gets warmer. I went up to 30 miles a week by the end of April, with the hope of cross country season beginning in August.

As high school students, most of us wish for free time. The pandemic finally gave that to us. Some people did have trouble with the isolation, but I greatly enjoyed the ability to work on projects that I hadn’t had time for and the ability to try out new trails that others didn’t know about in my local woods, and seeing the wildlife there. As the summer wore on, my cross country team started having more unofficial team practices. This is when we finally started getting information about our season. High school sports are usually allowed to start around August 20th, and this is when we intended to start that year as well since we are fully outdoors and usually pretty spread out. Not only were we told that our season couldn’t officially start for a month, but all practices and meets would have to be run completely in masks. There would be no invitationals, dual meets wouldn’t be run head to head, and most races would be on our home course.

Right off the bat the masks and late start to the season were most people’s biggest concerns. The late start meant our season would extend into colder weather and earlier darkness, which was made worse by the later end time of our school day. This led to us not being able to run at the park much as the season went on. Instead, we had to turn to the track, as it was the only place with sufficient light to keep everyone safe. The track took a toll on our legs, though, as you couldn’t get used to changing up your stride in the way that you need to for cross country. With the absence of any hills, we ended up losing a lot of our fitness as the season went on since many didn’t have time after practice and school to try and get in some miles in the woods to compensate. Plus the extended season led to many people peaking earlier in the season than they would have liked to, and burning out as the season went on. Without feeling like there was any true break or transition between summer training and fall training, many people were just very mentally drained as the season went on. Things like this are what hurt us the most in the long run.

The masks took a lot of getting used to. There was nothing to compare it to, and next to nothing like this has ever happened before so the idea took a lot of people aback. For the first week it was not a fun experience, but you can get used to anything given enough time. It depends on your fitness level, age, and previous breathing issues how much the masks affect you, though. Some girls had almost no issues with the transition, while others had a really bad time with it in the beginning. Time was the one thing we had, so as the season went on we were fine. For some people, masks actually made things easier, since pollen from trees and dust kicked up during races didn’t affect people nearly as much. Changes in temperature had less of an effect on breathing than it usually did. People were still able to work hard and get some personal bests during this season. 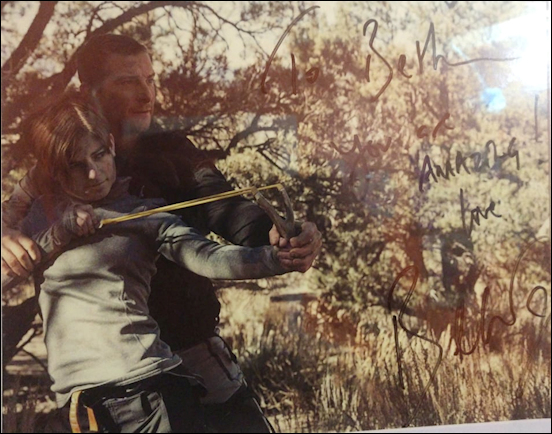 As we all know running is a very mental game, and things that can affect our perception of a race greatly are our knowledge of the course and our opponents. During the pandemic, the majority of our races were on our home course, which was really great for some people who were able to inch their time down almost every race, while others found it monotonous and would put too much pressure on themselves if they knew they weren’t doing well at a certain point or were behind certain people. Things like this have always been the case, but it was exacerbated by running against your same teammates week in and week out on the same course. When this was combined with the previous issues things only seemed worse overall. People still had fun and enjoyed the season, but things weren’t the way they had been in the past. The joy of the sport seemed muted compared to previous years.

As fall changes to winter, the sports changed as well. Indoor track and Nordic skiing are the two options for runners where I am. Nordic had no change due to the small trails always requiring staggered starts where one person goes off every few seconds, so things just became slightly more spread out. Indoor track, on the other hand, was very different. The participants weren’t allowed to be in the building at all during practices, making it so that they had few options, either to run in the parking lots, which were plowed when we got snow, or shovel the track themselves to try and run there. The Nordic team always uses the center of the track for technique drills since it's easier to see with the lights (they do this on the snow), complicating that matter slightly. 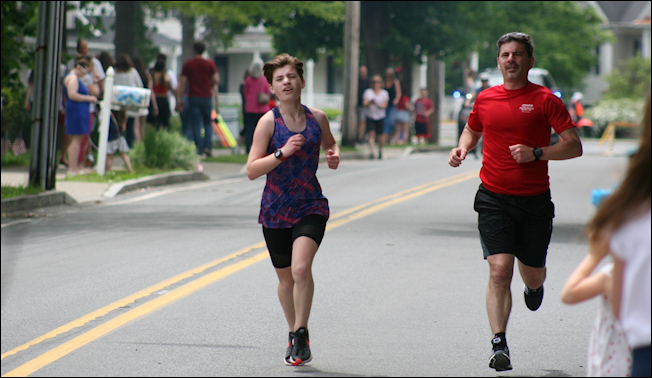 Elizabeth running with her dad and noted HMRRC racer

Indoor track was a sport many schools flat out told people they couldn’t have that year. Our coaches managed to get it to be allowed, but the colleges that they compete at wouldn't host any meets and there wasn’t anyone they were allowed to compete against anyway. The season became outdoor track during the winter with inter-team meets sustaining everyone throughout the season. It's amazing they were able to hold the sport, but our school has a massive track team even on a small year like this. There’s only so long you can continue racing the same group of people before that starts to wear on you.

Outdoor track season was when more normalized competition began to resume for running. Since the sport is always outdoors and once again more spread out than indoor track is considered to be, other schools began training again and meets were allowed to resume. The numbers of people allowed on the track at one time were more limited and race numbers were restricted for most events, but it was still seen as a breath of normalcy after a tumultuous year. Masks were still required for competition, but it wasn’t as big of an issue for most people by then. Invitationals resumed and people started to have more fun than it seemed they were having in the previous two sports seasons.

As we return to cross country season for a second time, things are looking much better than the previous year. Both the Manhattan Invitational and Ocean State are generally massive invitationals, but both took a hit to size this year. Busing is creating an issue to get students to meets and the park to practice. The mental effort put into practice may also be slightly lowered due to the stress of going into a school year without having fully learned all of what we needed to during the past year and a half.

This year is much nicer since we’re able to go places to race and don’t have to wear masks for competition. Most people are having a much better time mentally as well, but that doesn’t mean the majority of us aren’t still excessively tired due to the amount of stress put on us as high school athletes right now. The pressure to do better than we did last year and the mix of trying to keep grades up and just exist as people take up so much time and energy that though we are relatively better, things still aren’t going well. As a student and athlete right now it's hard to see us ever feeling right again. It's hard to see us ever returning to a time as we had before the pandemic. It's hard to see us ever being as comfortable and unaware of everything constantly going on around us again. I’m not sure how this will affect our collective psyche going forward, but I do know all we can do is keep running and hope for the best. 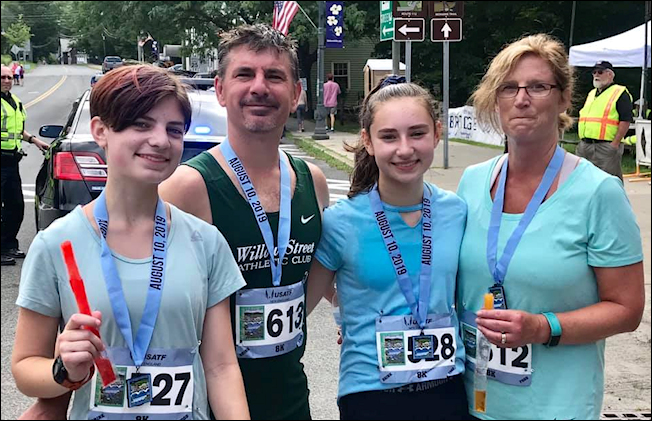 Elizabeth with her Family