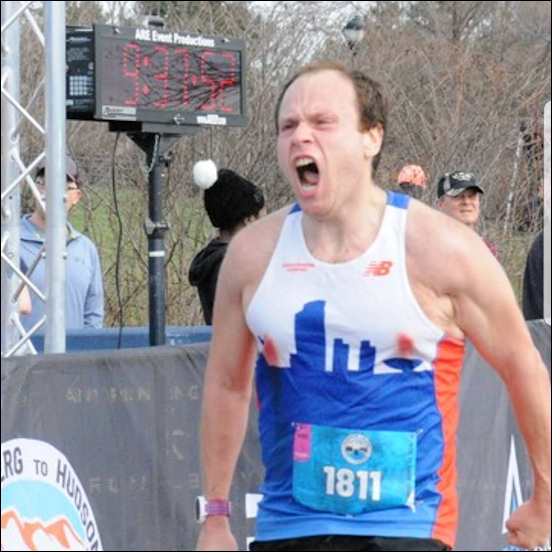 Several months ago, in addition to not feeling well and contracting Lyme disease, I had been struggling with running. The quality of my workouts had declined significantly, and I was honestly struggling to maintain interest in the sport. In an odd way, contracting Lyme disease allowed me a total reset on running as I was reduced to running at about a nine minute and 30 second pace while I was sick and recovering. It sure felt like at the time that racing would be something I may never be able to participate in, as I was reduced to a shell of myself. But I kept the runner’s creed in the back of my head and tried to focus on incremental progress. 9:30’s slowly transitioned to 9’s, which slowly transitioned to 8:30’s.

In the course of my recovery I linked up with a running group in Troy and began to incorporate weekly workouts into my routine. The first few weeks were humbling, as I was only able to complete about 30 percent of a standard workout. But again, incremental progress can go a long way, as my workout percentage completed continued to increase.

With my workouts starting to improve, I decided to jump into the pool of racing. Well, after my first race I might have wanted to jump in a pool of anything, as my return race was the Corporate Challenge which this year featured a heat index in the low 100’s. If you were there that day and didn’t see me, it’s because I flew out of the race as soon as I finished that miserable heat bath.

After more races and more incremental improvement, I decided that I might as well try a fall goal race, and the rescheduled Boilermaker felt like a perfect match, with 15 kilometers on a likely somewhat cool day against a talented field. So it was written, and before I could blink my eyes, there I was driving to Utica with no idea what would happen. I had been training well, but it was not translating to the races I was running. 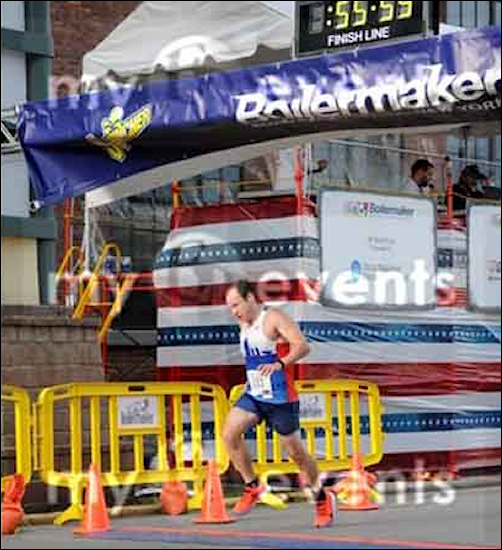 For all the doubt, I was lucky enough to have the race of my life that October morning in Utica. Right before the race started, attack helicopters flew over the course with guns drawn and soldiers waving at us. That was all I needed; the war was on and the race began. From there it was all fun and games on that iconic course. I actually did not really spend a lot of mental energy worrying about the final time. I felt strong, and coming off the major uphill at mile 4 I had a lot left in the tank. Before I knew it, the final mile was in front of me, and like it always does, it hurt, but put my head down and determined to grind, just grind. I knew I was set up for a personal record, and all I had to do was hang on. That’s how the race finished, with a final time of 58:58. 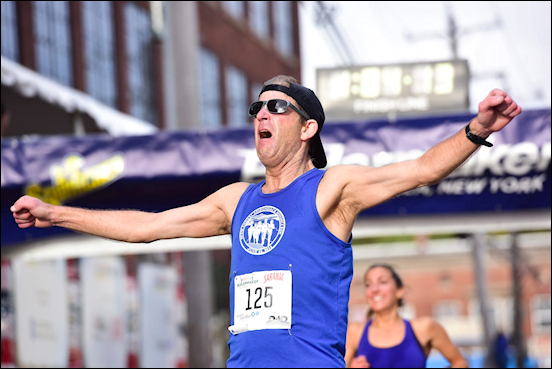 I owe a lot to my running family, especially Russell Lauer, who got me back in the game and never let me give up no matter how bad things got. In a prior article I wrote about that being a principal foundation for us as runners. We don’t give up, no matter how dark and gloomy things get. We run if it’s 100 degrees, or if it’s 0 degrees. We are tenacious and dedicated, and every now and then it pays off. 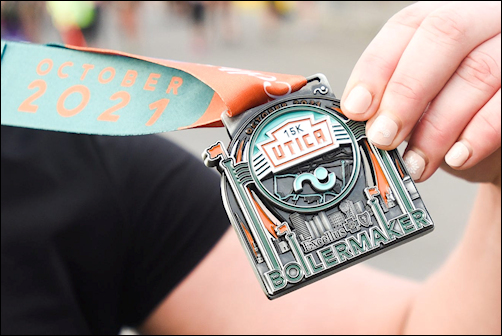