Like so many other runners, 2020 was a difficult year for me. Between races being postponed, and even eventually canceled in some cases, runners struggled. I don’t know what I would have done if it did not have the support of my friends and teammates, Colleen Brackett and Sally Drake, to help me achieve my goal at this year’s Hannaford Half Marathon.

I met Colleen through another mutual running friend in 2018 when we were both training for the NYC Marathon. She then introduced me to Sally and all the other Willow Street runners. They all made me feel so welcome and comfortable. I had found a running community that I needed and didn’t even know I was looking for. From there, running with Colleen, Sally and Emily Bryans became a weekly staple for me, making a running family along the way.

After a PR in the Chicago Marathon, I had decided to make 2020 the year I would PR in the half-marathon - my first half marathon in 2016 was still my PR at this point. I began training in January and was running well and getting stronger every day. My goal race was the Helderberg to Hudson Half Marathon in April of 2020. And then COVID happened in March of 2020, shutting everything down. 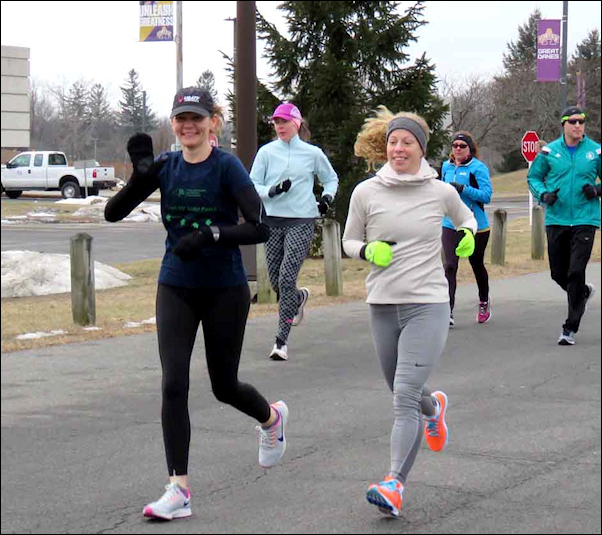 Sally Drake and Erin racing together

The race was initially postponed, so I just continued to train. Colleen and Sally were with me every step of the way. They joined me for most, if not all, of my training runs. They listened to me as I complained and continued to push me. We worked together to help stay motivated and did some virtual races and time trials. I ended up running the virtual option of the Helderberg to Hudson, which was a PR. However, for me it didn’t count as it was not an “official” race with timing mats, chips, etc.

I ran in the Upstate Classic in November 2020, extending my training even longer. The result was not the PR I was looking for. It’s now 2021, and I’m running Helderberg to Hudson, again, only this time it’s on the Altamont Upstate Classic course. Again, no PR. I had failed to achieve my goal of a half-marathon PR in 2020. Colleen and Sally were there running with me, as always, listening to me complain and question everything. They brought me back up and pushed me to keep going. They knew I could do this. 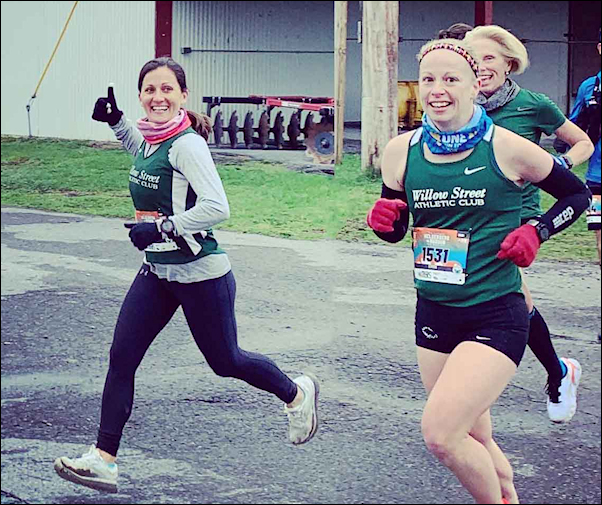 So I continued to train – alongside Colleen and Sally – and went for the half-marathon PR. Finally, 5 ½ years after running my first half-marathon and after a year and a half of training, I had gotten my half-marathon PR. During the race I continued to think about the words of wisdom and encouragement Colleen and Sally shared with me during all our runs together and especially that morning. I knew they were there with me - pushing me along the whole way. Nearing the end, with a mile and a half left in the race, I thought of words Colleen had shared with me - “you can do anything for a mile and a half!” Right then I knew it and believed that I could. I knew I was going to PR and I could not wait to share it with them.

Coming up on the finish line and seeing Todd’s face and excitement as he knew I had just accomplished my goal was something I cannot explain. He looked just as, if not more, excited than I was. I honestly do not think I could have done any of this without Colleen, Sally, Todd and everyone else who truly believed in me. I got my half-marathon PR with a little help from my friends! 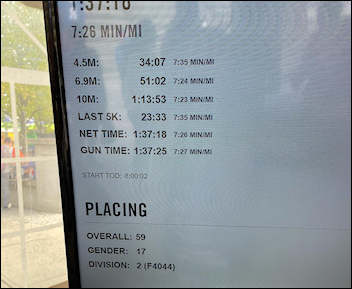 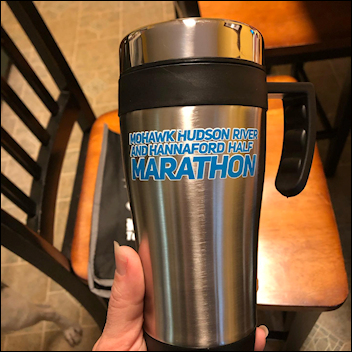