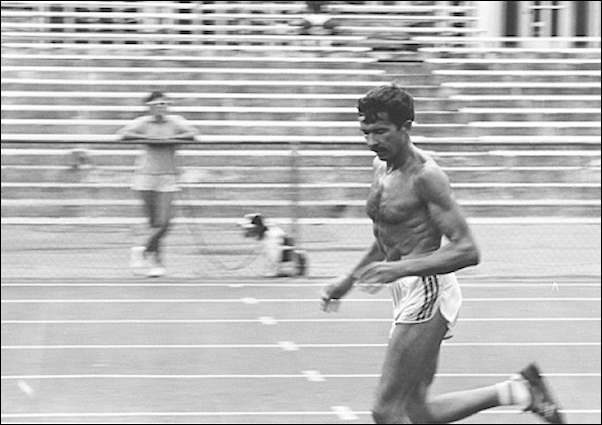 Anyone close to the local running community knows that runners tend to be characters, and in the spirit of “it takes one to know one” former club President Tom Bulger has published what is apparently the first book on the people and personalities who make up the mosaic that is the Hudson-Mohawk Road Runners Club.

A Runner’s Memories, Dreams, Reflections is a compilation of columns and articles Tom penned in 40 years as the unofficial bard of the Capital Region running movement. He writes of Hall of Famers like Mike McCarthy, pioneers like Ellen Predmore, survivors like Bill Robinson, local legends like Barry Brown, the “genius loci of the Hour Run,” Bob McFarland, and lots of others from the front to the back of the pack. The one common thread is they are all characters.

But then, so is Tom.

An accidental runner, Tom reluctantly laced up running shoes at the age of 28 because he hurt his shoulder and couldn’t play basketball. He went on to run hundreds of races, including a 2:28 marathon, served as HMRRC president in the early 1990s and anointed himself the scribe of our sport.

For six years, he wrote a running column for the Troy Times Record, and was a regular contributor to The Pace Setter. His “day job” was professor of English literature at Siena College, where he started and coached the women’s cross-country team after three years as assistant coach of the men’s team. Although retired from Siena, to this day Tom brings his knowledge and love of Shakespeare to popular evening classes at the Troy and Southern Saratoga libraries.

In addition to the personalities, A Runner’s Memories, Dreams, Reflections recalls the premier races, such as the Troy Turkey Trot, the Stockadeathon and the club’s heralded Anniversary Race. Some of the races he writes of are national icons, such as the Boston and New York marathons. Others were small local races that came and went. But all are part of our story as a community of runners.

For those of us who’ve been around these blocks more than once, the book is a jog down memory lane, a chance to reunite with the people and places that make running a unique sport and close cadre. For those who are perhaps newer to the sport and the club, the book is a wonderful introduction to the fraternity that is the Hudson-Mohawk Road Running Club.

On March 9, the Troy Public Library will sponsor a virtual event in which I will have the honor of interviewing Tom about his book, his career and running. I hope to elicit the sort of thoughtful, insightful responses that made Tom such a popular professor, but I’ll need some help from you. Questions from the audience are welcomed. Information and registration details are available here.

A Runner’s Memories, Dreams, Reflections, published by The Troy Book Makers, is available on Amazon or directly through Tom.