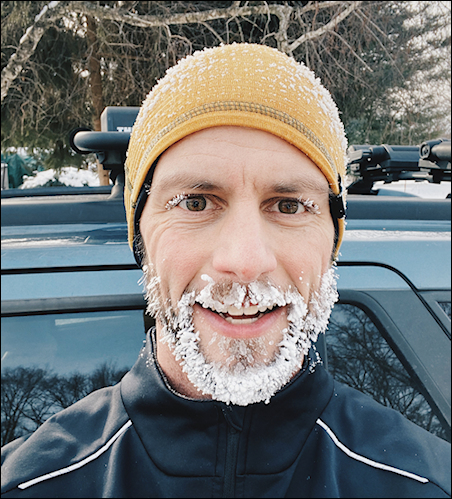 It has been almost 42 years since the first issue of The Pace Setter was sent out. I was 2 months old at the time, and was lucky if I could hold my head up, let alone read. While I was figuring out how to perform basic bodily actions, like talking and using the toilet, there were people running and sharing their love for running with their fellow runners. After gaining muscle strength to hold my head up, I eventually figured out how to crawl, walk and then run. But even though I had figured out what running was, there were still a lot of runners who had been running longer and gaining and sharing their wisdom for far longer than I had been alive. I’ve been running for over 10 years, but there is still more that I can learn, more races to run, and more experiences to be had. Keeping all of these things in mind, I feel extremely honored, and very unworthy, to announce that I will be stepping into the Executive Editor position of The Pace Setter with Christine Bishop filling in as Content Editor during the transition. While The Pace Setter looks completely different than it did in 1979 (and so do I) and celebrated its 5th year of going fully digital, the heart of the publication remains the same – runners dedicated to sharing their wisdom and experiences with other runners.

Over the course of 4 years, Christine has tirelessly poured time, effort, love and care into The Pace Setter, making sure that every monthly release of The Pace Setter was full of quality content. She has been a critical piece in ensuring that the transition from print to digital was met with success, wrangling and posting 700+ articles and countless more photos to the website. Even though Christine is stepping down from her editorial role, she is still planning on sharing more of her own articles in the coming months. Please let her know how much she has meant to you, The Pace Setter, and our running community!

It’s crazy to think that one random Facebook DM from Christine, asking if she could post one of my articles, would eventually end with me stepping into the Executive Editor role of The Pace Setter. My journey with running started over 10 years ago with the cheapest pair of ASICS I could find at Payless Shoes. I had recently moved back to Albany from Boston when my company decided to go fully remote. In Boston, I had been bicycle commuting everyday to work from my apartment in Somerville to the office on Beacon Street in the Back Bay. In Albany, I was working from home, with nowhere to commute to and quickly getting out of shape. I considered riding my bicycle as exercise, but it had fallen into disrepair and was unrideable, I was also more scared of Albany’s streets and drivers than Boston’s. I decided I’d give running a shot.

Little did I know that a pair of cheap ASICS from Payless Shoes, plus 1 to 2 miles of running every few days, would eventually become 26.2 miles as I completed my first marathon, followed by a 50 mile ultramarathon and then furthering my training with the help of a coach. To all my friends, I had become one of “those” runners. Running for me had gone from utility – staying in shape – to obsession. But this obsession was a healthy obsession and I was having the best time of my life.

I’m relatively new to the local running community. I used to only run by myself and loved getting lost in my own mind – I still do. But COVID isolation happened and forced a reality that I had been sorely lacking, the joys of being connected with other runners. Almost overnight, running had become the one thing that I could do safely with others, and I took full advantage of this. I still love solo running, but running with others brought a new dimension to my running. It enhanced my desire to improve, to share my knowledge with others, and to celebrate others’ successes. I felt the pain of other runner’s injuries, and the joy of encouraging teammates, despite setbacks. I think that The Pace Setter, especially now more than ever, is a timeless extension of this community and the perfect medium for uniting us as runners in the coming months and years!