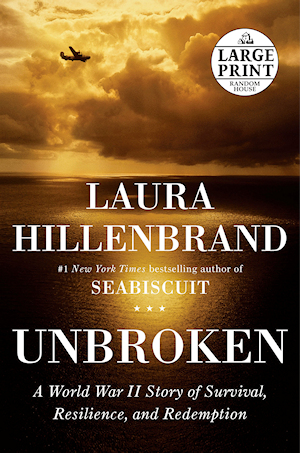 In a counterfactual world, 2020 would have passed with much different fanfare. In the running world we would have witnessed the clash of two of the best in the marathon and seen the summer Olympics unfold. Unfortunately because of the global COVID-19 pandemic that hit the United States in March 2020, the summer Games were cancelled, along with nearly every other major running event scheduled. The Olympics are tentatively postponed with the rescheduled dates to take place in late summer 2021. The cancellation of an Olympic Games is a big deal and the 2020 cancellation marked only the fourth time since the beginning of the modern Olympics in 1896 that a scheduled event did not occur. The previous three cancellations coincided with World War I (1916) and World War II (1940 and 1944). As we approach the one year mark of the global COVID-19 pandemic and mark 500,000 American deaths, there is much to be disappointed about in how 2020 unfolded and brought us to this point in 2021. There is also a lot to ponder, and much to consider, as we move forward. Without the atrocities of World War II, the story of Louis Zamperini would have been much different from the one we read about in Unbroken by Laura Hillenbrand. As such, this book marks a good one to read for the month of March for Pacesetter readers.

At 19 years old Zamperini ran 14:46.8 to place 8th in the 5000 M run at the 1936 Berlin Games. This was to be only the beginning of what would be a stellar running career for Zamperini.  The star of the 1936 Games was Zamperini’s American sprinter counterpart Jesse Owens (who I profiled in the February 2021 Book Review of Triumph). In 1936 the economy of the United States was still facing the effects of the Great Depression. The dramatic rise in power of Nazi Germany was also an ever present reality at those 1936 Games. After returning home, Zamperini earmarked 1940 and over the next four years would train to improve his 1500 M and 1 mile times down to 3:52.6 and 4:08.3 respectively. En route to those times, Zamperini picked up a degree from the University of Southern California and his 4:08.3 in the mile was a then-collegiate record for the distance. This was pre-Roger Bannister but people already had 4:00 mile fever, and many people thought Zamperini would be among the first group of young men to challenge the 4-minute mile barrier.

Time would improve Zamperini’s fitness but diminish his hopes of competing in a second Olympic Games. Zamperini’s dreams of competing in Helsinki in 1940 would end with Hitler’s invasion of Poland in 1939 and the eventual complete cancellation of the Games for only the second time in the modern era. Zamperini found himself training in an increasingly uncertain and lonely world. As an individual who had spent a lifetime aimed at perpetual self-improvement and had run a mile best of 4:07.6 in 1940, a cloud of growing uncertainty began to overshadow what had been a bright future for Zamperini. As many young men heeded the call to duty in light of disaster, Zamperini enlisted in the US Army in September 1941. As a commissioned officer, Zamperini trained as a bombardier for the Pacific theater prior to full-scale participation by the United States in WWII after the bombing of Pearl Harbor on December 7th, 1941.

After the Pearl Harbor attack, things got real quickly for Zamperini and he was no longer a trainee but an active serviceman who began to fly missions in bombers. Zamperini’s primary role as an active bombardier was to control the expensive equipment used to guide bombs from the planes they were dropped out of to their destination on the ground in the South Pacific. During a bombing campaign in May of 1943, the B-24 Zamperini was in, crashed into the Pacific Ocean. Miraculously, Zamperini survived the crash and was then stranded with two crewmates for over a month in the shark-infested waters of the southwestern Pacific Ocean where he floated for 47 days until being picked up by an enemy Japanese ship approximately 2,000 miles from the crash site.

Unfortunately for Zamperini, his capture was only the beginning of his hardships. For the next two years, Zamperini was kept as a Japanese prisoner of war. In the prisoner camps, Zamperini was subject to brutal torture. During this time, Zamperini was beaten, starved, and mistreated in an effort to break his soul and kill his humanity. It was in one of the Japanese POW camps that Zamperini would spend the summer of 1944 – a year he could have possibly been winning gold medals and solidifying his athletic career as a great American distance runner. Zamperini’s reality, however, was that by this point his once muscular and athletic frame had all but wasted away. Zamperini was unrecognizable from the healthy, strong, and muscular 5’8” 135lb athlete he had been. Zamperini would continue on as a prisoner for another year and not be free again until fall of 1945.

In the book, Zamperini credits his survival in the face of hardship to many things, including his fiercely strong and determined mindset. This allowed him to use imagery, his competitive drive, and discipline forged from years of competitive athletics and his childhood delinquencies to stay strong when most people could stand no more torture or hardship. Zamperini’s attitude allowed him to be rebellious and undermine the Japanese guards and consider what his life would be like with his family if he survived.

Zamperini was welcomed home to the United States as a hero. Shortly after returning home, Zamperini met someone and married in 1946. Despite things looking good on the outside it was a very tough transition in reality. The world Zamperini had left in 1941-1942 had been drastically changed by the war and his own experiences as a prisoner. Zamperini faced what was clearly a combination of post-traumatic stress disorder, deep periods of depression, and survivor’s guilt. All this seems instantly understandable today. But in the 1940s we knew little about mental health and there was little understanding or knowledge about how to handle the issues of war veterans. Zamperini instead suffered mostly in silence as nightly images of the brutality he was subjected to, and a specific guard who was particularly vicious, haunted Zamperini’s nightmares. Although Zamperini found work, it was difficult to adjust to his new life, the change of pace, and the necessity of dealing with all that he had been robbed of during what could have been productive periods in his life. Because of the tremendous stress that the plane crash and subsequent captivity placed on his body, Zamperini was not able to resume his athletic endeavors as a productive outlet. Zamperini instead turned to alcohol to cope with his demons.

Zamperini continued his spiral into a very dark period for several years as he tried to figure things out post-war. Heavy alcohol use provided some relief but caused as many problems in other areas of his life as it appeared to fix in his inner world. Zamperini’s marriage dissolved, his family life was put into turmoil, and he had trouble holding a job. Fortunately for Zamperini, these hardships were not enough to continue overburdening him and eventually he began to find his way through these tremendous hardships. Thus the title of the book – Unbroken. Those who are unbroken find a path.

The remainder of the book covers how Zamperini put his life back together and reconciled with individuals. Zamperini did a tremendous job of rebounding and lived until the age of 97 (Zamperini passed in 2014 – after the book had been written but as the movie about his life was being released). There are many parts of the book and Zamperini’s life that are thought provoking and can cause one to pause. Zamperini is someone who seems to have been put on this earth with a purpose. At first it seemed like his purpose would be to rewrite the track and field record books. In the end Zamperini’s life stood as an example of how perseverance, perspective, and a generally optimistic outlook will lead you far and carry you through tough times. This lesson arises again and again among individuals who live into their 90s and 100s.

Among all that changed in a year, reading Unbroken and gaining perspective is important.