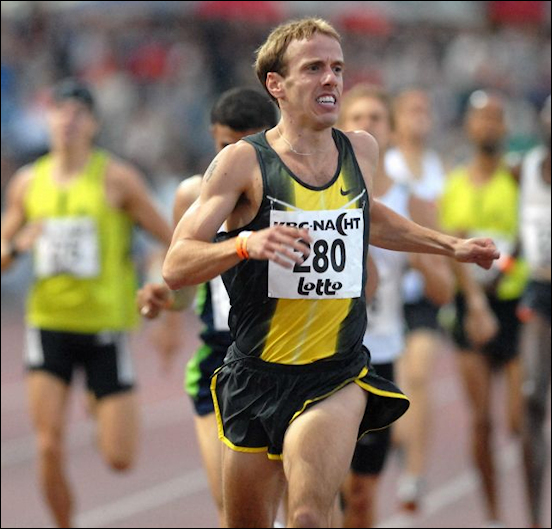 Alan Webb toed the line at the Prefontaine Classic on Memorial Day in 2001 as the first high school sub-4-minute miler in 34 years. Webb had cracked the 4-minute barrier for the first time that January in indoor track at the NYC Armory Track & Field Center for the New Balance Games. His feat made him the fourth high schooler to be added to the prestigious sub-4-minute mile list.

When the gun went off for the mile at the Prefontaine Classic, Webb was a high schooler racing against the best male mid-distance runners in the world. Webb finished 5th out of 13 finishers, but place mattered little to him on that day. Instead, it was his time of 3:53.43 that mattered. That time made Webb the fastest high school miler in history, eclipsing Jim Ryun’s mark by almost two full seconds. Thus, in one race, Webb solidified his place in history as the fastest high school miler in history, the second high schooler to break 4 minutes more than once, and the first to achieve the feat in both indoor and outdoor track and field.

During the next ten years, Webb went on to achieve his potential as a professional runner.  Initially, while attending the University of Michigan, Webb faced struggles with self-doubt.  Tension arose between the coaching staff and Webb, which led him to go pro, sign a Nike contract, and work with his high school coach, Scott Raczko.

When Webb ran his record mile at the Prefontaine Classic, there were plenty of detractors from the claim that he was the greatest high school miler ever. Critics were quick to point out that Webb benefited from improved nutrition and training.  Some argued that Webb set his time on a world-class synthetic track, unlike his predecessors, who raced on cinder tracks. Others maintained that Webb was simply along for the ride in his race, as the winner of that Prefontaine Classic Mile was Hicham El Guerrouj, who ran a blistering 3:49.92, the fastest mile ever run in North America.  However, the true test of Webb’s accomplishment came in the years that followed. Webb continued to solidify his name in the record books: it took another ten years for the next high school athlete to run faster than 4 minutes a mile.

That athlete was Lukas Verzbicas, who in 2011 ran a 3:59.71 to become the fifth high school miler to dip under 4 minutes. At the time, the United States was experiencing a running boom. This resulted in increased competition, including at the high school level. The first five athletes to run sub-4-minute miles spanned 45 years from 1964 to 2011.  But after Verzbicas’s 2011 performance, it became commonplace to witness a sub-4-minute high school mile. In the past decade, seven additional athletes have added their name to that elite list, with two of those individuals running as fast as 3:57 and one individual running multiple sub-4-minute times.

All recent athletes, including Webb, have benefitted from better nutrition, training, and technology.  However, only those competing in the past decade have benefitted from the increased popularity and attention that distance running gained in the United States. Webb’s 2001 feat came after a relatively dry spell in American distance running when U.S. athletes were not routinely running very fast times. But after 20 years without being seriously challenged, Alan Webb ensured that history would remember him and his 3:53.42 mile at the Prefontaine Classic.  He is still the best high school miler of all time.