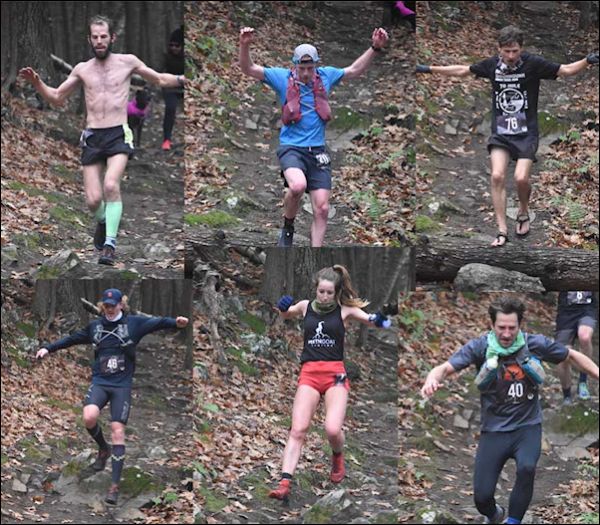 During the 2010s, running saw an unprecedented growth in popularity that had not been seen since the running boom of the 1970s. Many have asked what precipitated this massive explosion in the number of people taking part in the second running boom that occurred over the previous decade. Given the timing of the second running boom in relationship to the housing collapse of the late 2000s, it’s possible that individuals were looking for a low-cost form of exercise and group involvement. A slightly different view is that the growth of higher paying finance and technology jobs, in addition to a large baby boomer population that was beginning to retire, lent itself to a large group of individuals with time and disposable income.  Some positive benefits of the second running boom were that women began to comprise a larger and nearly equal percentage of race finishers, half marathons grew in popularity as a good intermediate distance, many couch-to-5-km races and programs were created to cater to the new running population, gear and running tech got more expensive (compare your $600+ dollar Garmin and $250 super shoes to the watches and shoes of pre-2000!), and ultramarathons gained in popularity. With ultramarathoning a new hybrid group of individuals was formed that did not quite fit in with the running or hiking crowd. These trail runners flocked to the wilderness and took on the rugged challenges of their environment. 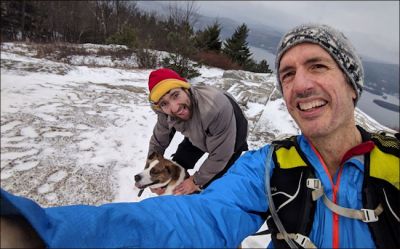 Bill Hoffman with friend and his dog on the trail

The increase in popularity of trail running has only grown because of the COVID-19 pandemic. As a result of this increase in popularity, I became interested in covering trail running in greater detail – especially because I have coached ultramarathon finishers. It became apparent to me that organizations such as the Adirondack Mountain Club would be well positioned to educate runners about the best practices and places to trail run in the New York State wilderness. As such it seemed like a good idea to propose a new idea for a trail guide that was specific to trail running. Surprisingly, the idea was met with interest and so a long-term project was started to create a new trail guide. As part of the project, I proposed receiving feedback from runners on their interests on the trails via a survey. As such I’ve started collecting runner feedback on their favorite trails in the Adirondack Mountains and Catskill Mountains.

If you enjoy trail running please consider filling out this survey in Google Forms and share your favorite trails.  Click here for survey.