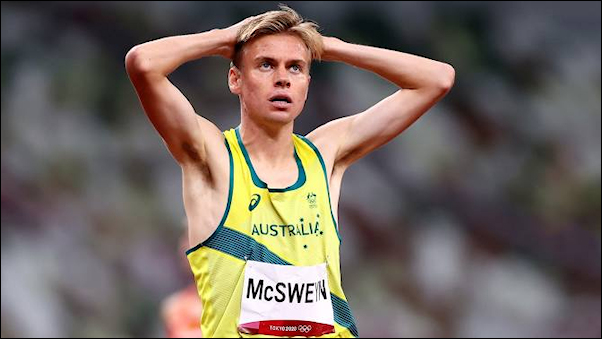 On July 1, 2021, the Australian mid-distance ace Stewart McSweyn ran and won the mile in a world-leading 3:48.37 at the Oslo Diamond League Dream Mile. McSweyn surpassed the previous mark of 3:48.98 set in 2005 by his fellow countryman Craig Mottram. This achievement bodes well for McSweyn, who is set to run 1,500m, 5,000m, and 10,000m at the 2021 Tokyo Olympics. After the race was finished, McSweyn admitted that, while he was confident in his fitness going into the Olympics, he also recognizes that the competition will be tough.

Running under 3:50 for the mile is an exceedingly rare feat that fewer than 150 athletes have achieved. In winning the race, McSweyn became the third Aussie to join the sub 3:50 group. The race itself was highly competitive, as four athletes ran sub 3:50. The second-place finisher was Poland’s Marcin Lewandowski in 3:49.11. McSweyn’s countryman Jye Edwards was able to hang on for third place and joined McSweyn as only the fourth Australian to run sub 3:50, with a time of 3:49.27. Kenyan Charles Simotwo, who was in 2nd place on the final homestretch, faded in the last 100 meters to finish fourth in 3:49.40.

The Diamond League Dream Mile is usually a very fast race, but this year was an exceptional event. The race had the fastest time in the world since 2007 when Alan Webb ran the American Record of 3:46.91. Having four athletes run sub-3:50 is a mark for the record books. 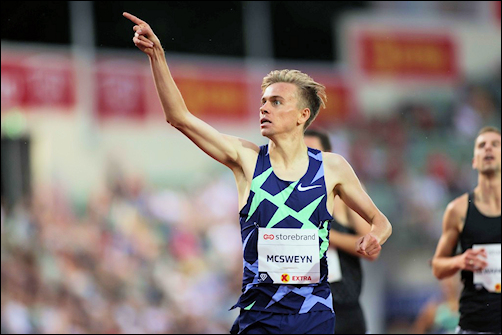 McSweyn and the other milers were not the only athletes who ran incredibly fast at the Oslo Diamond League meet. In the 3,000m, Yomif Kejelcha of Ethiopia ran 7:26.25, which ranks him 6th all-time in the event behind the likes of all-time greats Daniel Komen, Hicham El Guerrouj, and Kenenisa Bekele. On the women’s side, Kate Grace of the United States ran 1:57.60 in the 800m, and Hellen Obiri of Kenya won the 5,000m in 14:26.38. All are stellar performances that we anticipate seeing repeated this summer.

Although many readers of HMRRC are primarily interested in the mid-distance and distance events, there was another historically significant milestone in the hurdles: Karsten Warholm of Norway set the world record in the 400m hurdles with his time of 46.70. Warholm’s time erased the nearly 30-year-old record of 46.78 set by Kevin Young at the 1992 Barcelona Games.

With the type of performances run by McSweyn and the other athletes at the Diamond League meet, one can only anticipate what is in store for track and field enthusiasts for the remainder of 2021.

Thomas J. O’Grady, Ph.D., M.P.H., CPT-NASM (ogrady.strategies@gmail.com) is a public health professional and researcher who is a runner, hiker, and lover of the outdoors. For more information about personal training, run-coaching, or nutrition-coaching, reach out by email.