Recently Jim Gilmer donated to the HMRRC a book celebrating the first 25 years of the Corporate Challenge Race, which contains every article written about it in the Pace Setter during that time. It is fun to examine those years in light of the return of the CDPHP Workforce Team Challenge on Thursday, August 26, at the Altamont Fairgrounds.

The idea for the race formed in the late ‘70s when a running boom swept America spurred on by Frank Shorter’s wins on the Olympic stage and Bill Rodgers conquests in Boston. CEOs in Corporate America thought it would be great to capitalize on the jogging phenomenon by encouraging their employees to participate in a fitness activity that could produce more productive employees. In addition, the esprit de corps of the event contributed to team building within companies. Thus, the birth of the “corporate challenge”. 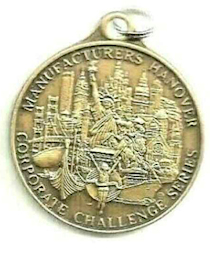 The inaugural race in Albany - The Manufactures Hanovers Capital Challenge - was sponsored by Manufacturers Hanover and fondly called the Manny-Hanny. In the first two years, the race was held twice a year: in 1980, it was held on June 3 and July 24, and in 1981 on July 9 and August 13. The two-yearly races culminated in the top men’s, women’s, and co-ed teams going to a super race in NYC, with winners competing from around the country. In 1983, the twice-a-year race was consolidated into one.

There have been many changes in the race since, but there are some constants. The Corporate Challenge has remained 3.5-miles (5.6 km) in length. It is a team event that is not open to individual entrants. Companies may enter as many of their employees as capacity allows. The HMRRC has directed the event since its inception. A portion of the profits from the race goes to charities of choice (this year, they are the Interfaith Partnership for the Homeless, Ronald McDonald House Charities, and the Red Bookshelf). The remaining profits go toward HMRRC community outreach projects such as grants, scholarships, HMRRC’s Just Run program, and other running community improvement projects.

The growth of the event has been amazing. In 1980, the race started with 312 entrants. By its 25th anniversary, it had ballooned to 4,300 participants making it the largest annual road race between NYC and Utica (today, participation is capped at 10,000). In 1984, when an article talked about race statistics, it noted that 1,050 bananas were ordered for refreshments. In the “You’ve come a long way, baby” category, 6,400 bananas are ordered for 2021. 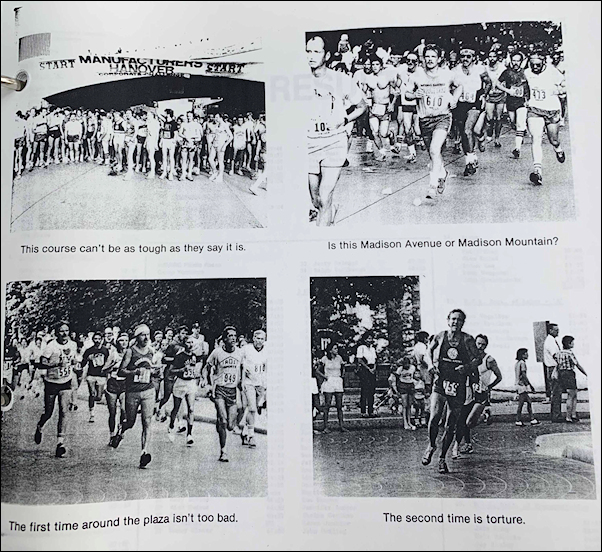 The original course was two loops containing three impressive hills and twenty-six 90° turns. Complaints about it continued until 1995 when HMRRC modified the course. Christopher Smith wrote in The Pace Setter in 1984, “Ask almost any runner in this area which short race he or she fears the most, and they’ll probably tell you the ‘Manny Hanny!’ Everyone talks about how tough the course is.”

Courses can be changed, but the weather cannot. The weather has always been a major factor in the running of the race. The races were held in the first two years during the summer. The race date was changed to the third Thursday in May to make heat less of a factor. But weather cannot be reined in, and it turned out that heat was not the only problem facing runners. In 1994, the forecast was for cold and massive rainstorms. All was clear until exactly 6:25 p.m., when the race started, and it began to pour while the temperature dropped 10 degrees in minutes. Vinny Reda wrote in The Pace Setter, “My Nikes were wet, and I hated that and my socks were drooping and nobody likes that.” There were deep puddles everywhere, cold rain, and biting wind but the cheers of hundreds of spectators brightened him and the other runners.

In 1987, there was a team uniform contest with the prize for the “Most Corporate” going to Samaritan Hospital with runners dressed in hospital scrubs with medical logos printed on the front. The team was so thrilled to win they celebrated with champagne. There is no mention in the first 25 years of the race of a t-shirt contest, but Steve Sweeney in a 1983 article said, “While waiting for the start and stretching, it was remarkable to see the overwhelming number of teams with team shirts. It tended to make the race cozy.” 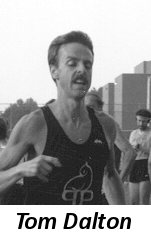 During the first 25 years of the race, certain names of winners occur frequently. Tom Dalton won the race 14 times: he won his first race in July 1982 in 17:30. His penultimate race on the race’s 25th anniversary was in 17:51. Emily Bryans won the race six times on the women’s side, and Linda Kimmey won five. Karen Bertasso Hughes has the potential to tie Kimmey’s wins in this year’s race. The General Electric team was the most successful during the first 25 years, with its men’s team winning 28 straight races at one point.

There have been many amusing anecdotes during the first 25 years, but I will end with one that occurred at the 25th-anniversary race. A specially-designed finish line tape was made with Velcro that would break away easily. But lo and behold, it was left behind at the office, and as a substitute, winner Tom Dalton had to run through a yellow “Caution Do Not Cross Tape” that he did not heed.

On Thursday, August 26, 2021, the 41st CDPHP Workforce Team Challenge will take place at the Altamont Fairgrounds. It will be a fun event as participants and spectators once again gather to celebrate running in the Greater Albany Area. You are invited! Happy running. 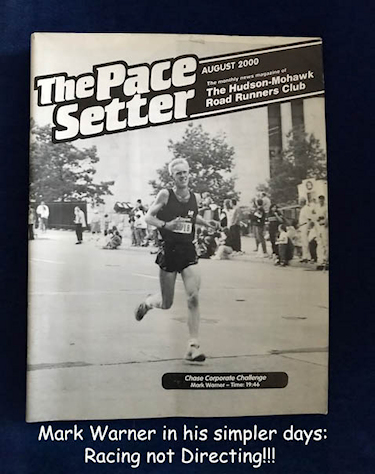 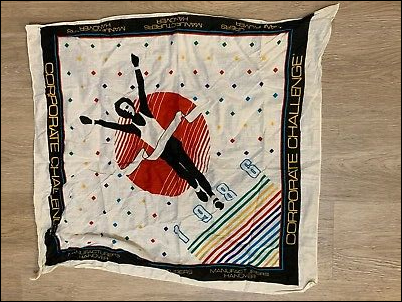