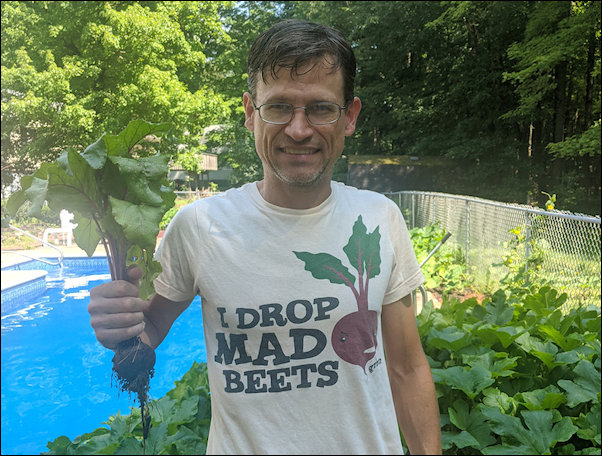 After having never really eaten any beets to speak of until a few years ago, my love for beets has done nothing but escalate. I have found beets to be exceptionally versatile, three vegetables in one: a hearty root vegetable with red celery-esque stems and kale-like greens. They lend themselves to easy preparation as an appetizer, a soup, a salad, an aromatic, or a drink. Consuming beets are purported to lower blood pressure, reduce inflammation, and improve athletic performance, claims I believe in based upon my personal experience. Keep reading to learn about some great ways to prepare beets, where to get them, and some notable precautions! 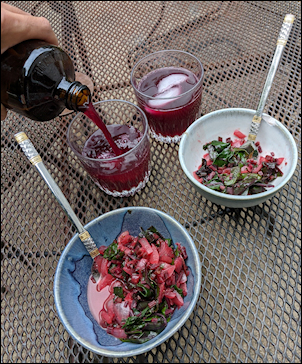 I tend to generally avoid pain killers and anti-inflammatory medications such as Advil or Aspirin. However, beet juice is one of the building blocks that I believe has been crucial to feeling energized and recovered throughout an intense training cycle while preparing for running races. Beet juice can be consumed either before a hard effort or as a post-workout recovery. My preferred method of preparing beets is to peel and de-stem the beets, cut them into two-inch cubes, and steam them using a tightly lidded pot and a steamer basket for forty minutes. I then remove the beets and blend them for a few minutes in a high-powered blender, along with enough water to at least cover them plus an inch or two. I either drink the thicker blended liquid-as is, or squeeze out the beet juice using a mesh strainer bag. I usually keep it simple and drink it by itself, enjoying the earthy flavor, but it’s taste can also be supplemented by adding sweeteners or other ingredients like cucumber, ginger, or anything else you can think of. 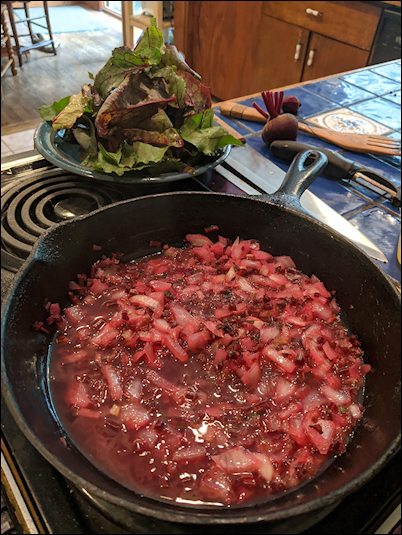 After a few failed attempts at consuming raw beet stems and greens, I have learned to avoid consuming the greens and stems raw, whose oxalic acid can sometimes give my throat a burning sensation. Cooking breaks down the oxalic acid and also reduces the fibrousness of the celery-like stems. This recipe for braised beet greens (https://www.epicurious.com/ingredients/15-ways-to-eat-beet-greens-article) is simple, colorful, and delicious, making a healthy and tasty side dish by taking full advantage of the aromatic stems and leafy greens. 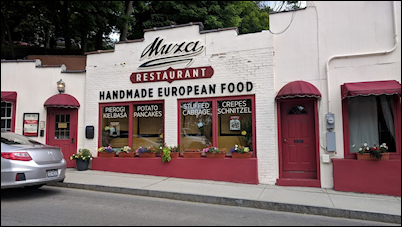 Speaking of Borscht, Borscht is a Ukrainian beet soup. I have only had Borscht at Muza , an amazing restaurant in Troy, NY which is famous for preparing handmade European food. The list of specials occasionally includes Borscht. I would highly recommend visiting Muza and enjoying their regular menu items. If you’re lucky, you’ll get to experience some amazing Borscht as an added bonus!

Check out this recipe for roasted beet salad, click here, that was recently posted to the Pace Setter by Anouk Booneman. 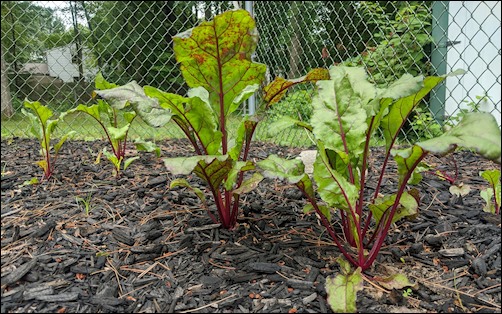 Where to get beets

The supermarket sells beets in bunches, which conveniently includes the stems and greens. They can also be found at farmers markets and farm stands. They also grow nicely in a garden. At the end of my first season trying to grow beets, I am pleasantly surprised that without much effort or knowledge, I ended up with a few big beets and even the tiniest beets provided delicious greens. I am excited to try these again next year and find out how to improve my yield. 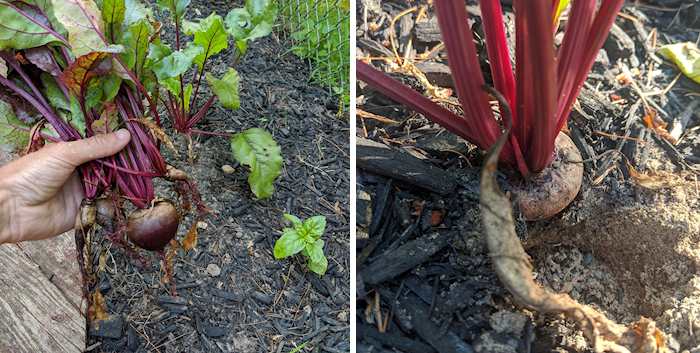 - I have heard from a few people that beets and beet greens contribute directly to the creation of kidney stones, but only for individuals who are susceptible to kidney stones.

- I am not a fan of eating the greens and stems raw. I’m not sure if this sensitivity is unique to me or not, but the raw greens and stems give my throat a burning sensation unless I cook them first, which as I understand it breaks down the irritation-causing oxalic acid.

- Beets will turn the urine of some individuals (myself included) a red color. This red-colored urine is harmless but can be particularly concerning following a hard effort like a marathon if it’s mistaken for blood!

- For a while I became so dependent upon the anti-inflammatory qualities of beets while running that I felt addicted and had to quit! Fortunately, my period of rehab was pretty painless and now I can enjoy beets again in moderation.

- Introducing anything new to your system, particularly before a hard run can have some unintended side effects. Personally, I haven’t encountered stomach issues after drinking beet juice before a race, but I know others who have not been so lucky.

It has been fun sharing my love for beets. I still have a lot to learn about this vegetable. Do you have favorite ways to prepare beets or unique experiences (positive or negative) with consuming them? I’d love to hear your stories in the comments section! 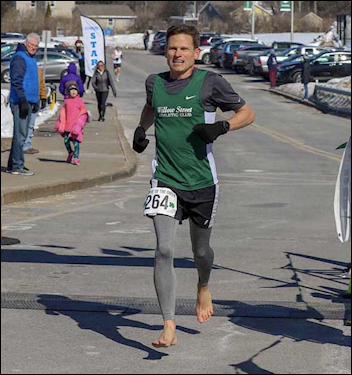