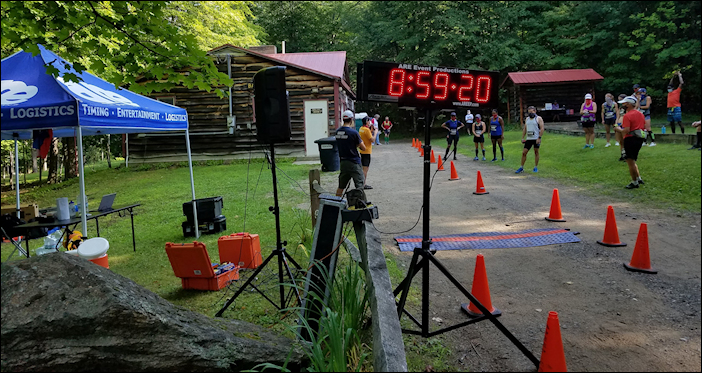 For the ARE’s first COVID event we were treated to Dodge the Deer, who, upon achieving Canadian drinking age status next year, hopes to take a field trip and return as a bona fide Great White Stag of the Forest. Not sure if that will work out given current COVID status, but at any rate, his fans will be cheering him on.

Dodge was followed up in good order by the Froggy Five at the SUNY property in North Creek, again private land that was happy to welcome properly masked runners practicing social distancing measures. Our froggy is not your ordinary swamp croaker, diminutive tree climber or aristocratic home pond resident, but big and sturdy and green. One might be tempted to make comparisons to the fairy tale Frog Prince, but that is missing the point entirely. The frog prince was clearly uncomfortable in his skin; our Froggy is not. More like the frog in the popular series, The Land of Stories, where the prince, the fourth son of King Charles Charming, chooses to remain in his green form, but still wins the hand of Red, one of the four princesses of the land. Good for him. But I prefer to picture our froggy as a giant Sesame Street Kermit, full of good will tinged with a touch of sentimental reflection.

While normally the culmination of ARE’s Running Camp extended weekend, this year Froggy featured no sleepy overnighters, but instead produced a hilly hard-packed dirt road half marathon to share the spotlight. Picture the Vermont 100 or Black Cat Marathon in Dorset and you will get the idea. Not sure if it will attract next year’s campers, but the Looney Tunes Road Runner comes to mind as a truth-in-advertising mascot.

Getting back to Froggy, this event is not recommended for a first-time trail runner or first timer at a five-mile distance, with pinwheel twists, lots of boulder climbs and enough hopping over rocks and roots to challenge any green amphibian. Run these five miles and you will be as spent as if you had run ten. Nevertheless, I love this race for its challenge and the fact that it is very doable, as long as you enter with the attitude that you can endure anything for five miles. Plus, at that length you can give each obstacle its due as you don’t have to save your energy for longer hours down the road.

Usually the rock hopping stands out for me, but this year my favorite section was the Magical Mystery Tour through the swamp and the lake. It had rained briefly that morning and you could inhale the extra life-boosting oxygen emanating from the water. I marveled at all the water lilies and the amazingly thick carpet of pine needles underfoot, almost like I was running on a reverse cloud. And then it dawned on me. Since the private land had been pretty much forbidden territory during COVID isolation, there had been no swimmers to disturb the lily pads and no eager picnickers dragging kayaks over the pine needles. It was like the world was born again and we were its first inhabitants.

I eagerly awaited my customary high five with our Disney Mascot-sized Froggy, as he usually stakes a claim to one of the wooden bridges spanning the lake, but he failed to make an appearance. Josh, the race director, chalked it up to poor nutrition. I guess with so few tourists he had to move elsewhere for his summertime junk food fix. Bugs can only take a guy so far in life. 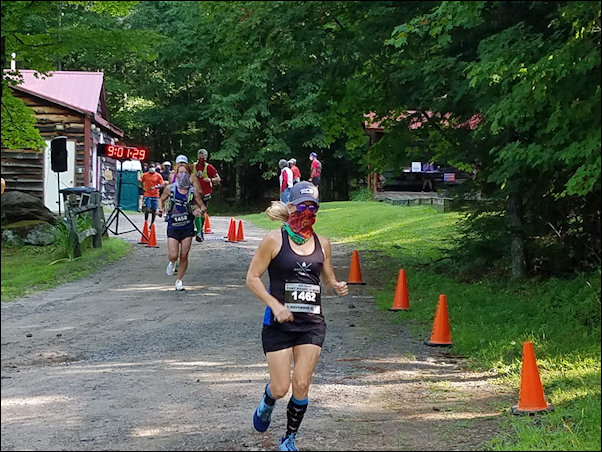 Once more, Josh produced a sustainable event, with carry-your-own-water and leftover race bibs. Once more, we were recipients of the Fort Bragg, North Carolina 10 Miler leftovers. I always wonder about that event. These guys are soldiers who have a physical fitness requirement, yet so many seem to be no shows. Maybe they just get suddenly deployed. At any rate, after the race, I drove off in search of a Stewarts and some ice cream. I neglected to remove my bib, thinking it would be pretty cool to show up with a race number since there were so few races being held. Make people wonder. I imagine it did, as only afterwards did I remember that North Carolina was one of the NYS travel-quarantined naughty states. Here I show up, dusty clothes, mussed hair, looking for all the world like I had just arrived. But I did have my mask and they still served me!

On the start line, Josh asked first-time froggers to raise their hand, and to my surprise, about a third of the participants did. I guess one of the few good things about COVID is that it is getting more people exercising. And I believe that this response is in no small measure due to the Albany Running Exchange’s sterling reputation for taking all the steps necessary to keep their runners safe. I know there are now starting to be other races out there, but if I do not know the club or the race director, I am hesitant to participate, especially as an older runner. But Josh’s events are totally safe, not quite the same, but still immensely satisfying. And best of all, he hinted at the possibility of more pop-ups to come! 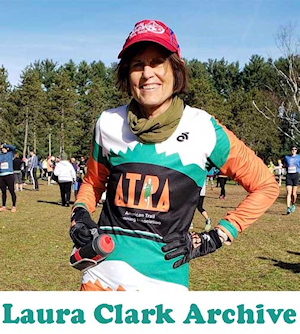