Caste: The Origins of our Discontents by Isabel Wilkerson

In this brilliant book, Wilkerson lays out a razor-sharp and searing argument that American is built on a caste system and that our political, economic and social structure is designed to ensure that the privileged (white) caste remains in power. While the Civil War may have resulted in the end of slavery, our social structure maintains and perpetuates the racist belief that Black Americans are less than human and undeserving, based solely on skin color, of accessing the privileges of the dominant caste. This system persists because the dominant class will go to any length to keep its power. With compelling historical analysis and comparison to two other caste systems (India and Nazi Germany) Wilkerson not only proves her point but it becomes obviously clear. American racism is not just what some people feel, it is what constitutes the structure of our country and as long as the caste system persists we will have these enormous and appalling disparities in economic, health and social well-being. Until and unless there is an intentional and deliberate effort to dismantle the castes, the disparities will continue. As a nation and as individuals we have to confront this, truly atone for the abomination of slavery, repair the damage that decades of discrimination have wrought; we must tell our history honestly and realign all of our power structures to expose and then fix the disparity. And, she argues, as individuals we must engage in “radical empathy” to break down the barriers the caste system has created in our personal consciousnesses to living as one society. I hope that we are at a turning point, that the Black Lives Matter movement is breaking through the caste walls but much will depend on the fall election as well as the actions of those in the privileged caste to forego power and accede to change that dismantles the structure. Reading this important book is a good start. In fact, replacing outdated history textbooks that tell false and incomplete stories about slavery and America racism with this book, making it required reading, would be a radical and impactful action.

A haunting and beautifully read memoir about trauma, repressed memory, racism and domestic abuse. The author’s mother was murdered by her abusive ex-spouse after years of torment. As she processes the trauma of her childhood living in this situation, she also grieves her beloved mother.  This memoir is a journey, and it felt like an honor to join her on it.  I highly recommend the Audible, read by the author, a poet whose lyrical prose and language patterns add so much meaning and depth to the already intensely moving story.

This very modern novel is about Edie, 23-year old Black woman struggling as an artist in NYC who has an affair with a married man in an open marriage, and then lives in his family’s house where she develops a unique friendship with his wife and adopted Black daughter.  I felt this story captured the ethos of Generation Z, challenging norms, skeptical about the economy, cynical about politics but open-minded and fluid in identity. Edie struggles and she lays all the stress out there, making this a visceral and intense read. She is also very vulnerable, and I rooted for her the whole time.

A romantic story about two writers, neighbors in lakeside cottages, struggling through personal upheaval to write their next books. They share a complicated history and reconnect in this idyllic setting, predictably but sweetly falling in love.  I may not have been able to actually go to a beach this summer, but at least I had one great, relaxing beach read.

The Silent Wife by Karen Slaughter

The continuing story of the 'tug-of-war' relationship between Dr. Sara Linton and GBI (Georgia Bureau of Investigation) agent Will Trent. "The Silent Wife" hops back and forth between the past, where two college students are found brutally raped and left for dead eight years ago and Sara's estranged husband, police chief Jeffrey Tolliver is trying to solve the case before more dead bodies turn up. Fast forward to the present: Tolliver has been killed and Sara and her fiancé Will are trying to figure out if the guy Jeffrey put behind bars is the real killer. All the usual suspects are present: Lena Adams, Jeffrey's flamboyant protege, who made some critical errors in the first case; Faith Mitchell, Will's partner and Sara's best friend; and Amanda Wagner, head of the GBI who happens to be best friend's and former partner with Faith's mother. And there's a creepy coroner … keep an eye on him!

My first time with a Jack McEvoy book by Michael Connelly, better known for his Harry Bosch, Renee Ballard and Lincoln Lawyer series. This is the 28th book I've read this year and 23rd of the Pandemic. Connelly, a former journalist who covered the crime beat in L.A. as a newspaper writer is at home here as his protagonist is a former crime beat writer for the L.A. Times who now works for the non-profit "Fair Warning" investigative news organization, which focuses on consumer protection. Jack comes on a case in a strange way ~ he is a 'person of interest' in a murdered girl, one whom he had briefly dated. While HE knows he is innocent, he discovers that she and others like her have had their necks broken after a sexual encounter. He further finds out that she and the other women ALL shared their DNA on the GT23 site. As he investigates the story, he brings his former girlfriend and former FBI agent Rachel Walling into the case. Together with Fair Warning reporter Emily Atwater, the three try to find out who's behind all the lurid killings before he kills again.

This is the fifth book in this series I've read during the Pandemic. This one focuses on new partner Mary DiNunzio's best friend Judy Carrier and her family and relationships. Judy's Aunt Barb is going through some medical issues and her housekeeper and best friend Iris is surprisingly murdered right after Judy visits Aunt Barb. Because Iris is undocumented, the police don't seem to care, so Judy takes up the cause for her Aunt. Meanwhile there's a lot going on in Judy's personal life with her boyfriend and mom and Aunt. If you have a chance, try this series and its predecessor. You won't be sorry. 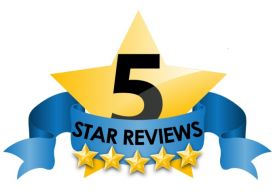 In case you have spare time and are wondering what to read next, here is a list of Mark’s books that received his highest rating of five stars in 2020.

The Institute by Stephen King