How to Run Smartly and Safely 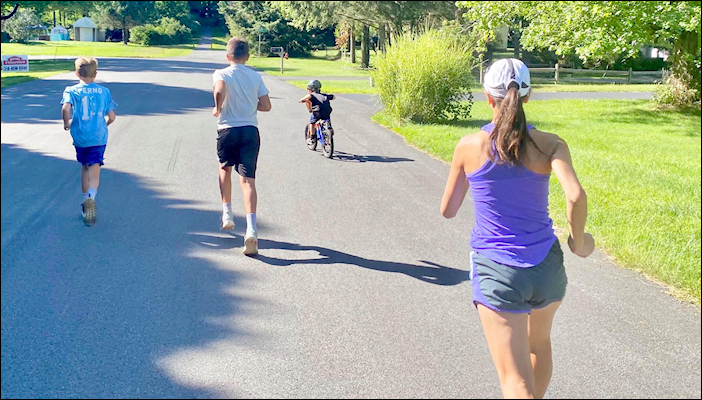 Scrolling through my Times Union news feed, I had a physical, visceral reaction to the headline “Woman attacked while jogging on the Zim Smith Trail.” My first reading of the article left me stunned and confused. Saturday at 3:46 pm? It took me two more readings and a scan of other sources to bring the details into focus. Still in fight-or-flight mode, I rapidly sent out text messages to some runner friends, several of whom were out running on the Zim Smith that day. Soon after, I posted a public safety message on Facebook and stated that I am a regular Zim Smith Trail solo runner. Part of my solo runner equipment ended the post, which yielded several private messages and replies.

My neighbors and I are heartbroken, disturbed and disgusted. Then there were a few men with action-based messages: “We men have to take accountability for this. When we engage in, or even just try to ignore behavior that degrades or minimizes the humanity of women, we are giving tacit approval to the sick individuals capable of these depraved acts,” was one post I read. Another came from my dear friend Luis, “We desperately have to teach our male children that it is never ok to rape or assault anyone. And we need to increase our vigilance right now so that attacks like these not happen again.” Another referenced the It’s On Us sexual assault prevention movement.

It is our collective response that will play a critical part in the healing process. Dealing with sexual assault should not be the burden of women only, but a community responsibility taken with compassion and sensitivity.

Please share your comments with us.  There is a section at the bottom of this article for your reaction and suggestions. It is important that your voice be heard as safety is paramount for all solo runners.