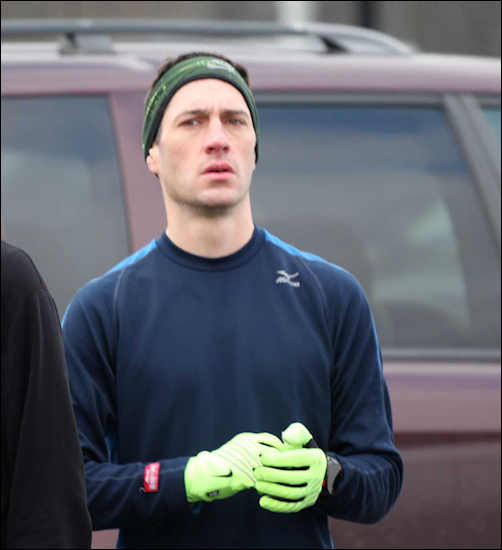 In the spirit of the 124th Boston Marathon, I set out from Schenectady to Albany via the Mohawk-Hudson River Marathon course at 7:31 AM on Saturday, September 12th. Over the next two hours, 38 minutes and 53 seconds, I channeled the same energy I had the previous five times I participated in the event.  I thought about all the important moments the race had created in my life and what it meant to be healthy enough to run. 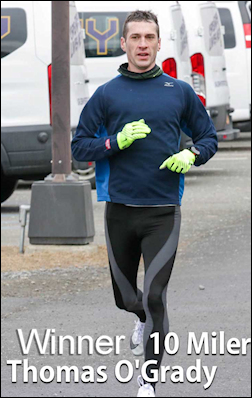 During my race, I shared the course with many other local runners who had joined in the virtual event.  I also shared the experience with more than 15,000 runners worldwide who raced a marathon course between September 5th and 14th and proved what #BostonStrong means.

The history of the race is an integral part of my run.

For 124 years, the Boston Marathon has been held annually on Patriot’s Day in April. From small beginnings, the race became one of the most prestigious road races globally and one of six of the World Marathon Majors.

The Boston Marathon has stood as a symbol of many things throughout its history. In the beginning, it served as a testament to individual will-power. You may remember that before 1896 and the renewed interest in the marathon distance at the start of the modern Olympics, many people believed that covering the distance as swiftly as you could by foot might kill you!

In the 1960s, the marathon served as a platform for women’s (and civil) rights. The first female bandit finishers led to the first official woman finisher covertly registering and paving the way for generations of female athletes to follow. In the 1970s, the marathon served as a symbol of American health and fitness and ignited the running (jogging) boom. During this period, American Bill Rodgers made a name for himself by leading waves of runners finishing the Boston Marathon on Boylston Street five times before the close of the decade.

In the 1980s, the “duel in the sun” became a defining moment in the careers of Alberto Salazar and Dick Beardsley, two American runners who gutted it out in one of the most exciting finishes ever.  Maine native Joan Benoit was only five years into her decades-long career when she set a worlds-best record in the event.

Throughout the 1990s and 2000s, the Boston Marathon highlighted the Kenyon and Ethiopian dominance at the marathon distance, as 31 of 40 of the combined male-female titles were won by athletes from these countries.

In the past ten years, the Boston Marathon has seen its share of highs and lows. The 2013 terrorist bombings caused the event to redefine safety at large sporting events. Weather extremes have frustrated thousands who trained a lifetime for the race. And a second running boom coincided with the re-emergence of American runners claiming victory.

And then, on a perfect April morning in 2020, the streets leading from Hopkinton to Boston were empty for the first time in 124 years. Health concerns related to COVID-19 derailed any hope that a short quarantine would allow a re-opening of society or holding a mass event such as the  marathon as usual.  Initially, the Boston Athletic Association (B.A.A) and city officials determined that the marathon could not be held in April and rescheduled it for an in-person event on September 15th.  As weeks turned to months, the reality of COVID-19 was much worse than many people had imagined. By mid-summer, the B.A.A. announced that the Boston Marathon would be a virtual event for 2020.

Unsurprisingly, my finish at the Corning Preserve in Albany in this virtual race felt different.   But what was surprising was that the satisfaction was similar. Like many others, I was concerned about “staying on” alone for an entire marathon, which I was able to do. I entered the event because of what the Boston Marathon is to the sport of running, and I felt its significance through each mile.  And, like nearly everyone running in the virtual version, I enjoyed the community aspect of the race and how, in a time of darkness, the spirit of the event shined through.

Runners response:  What is your reaction to the Boston Marathon being called off for the first time since its inception? 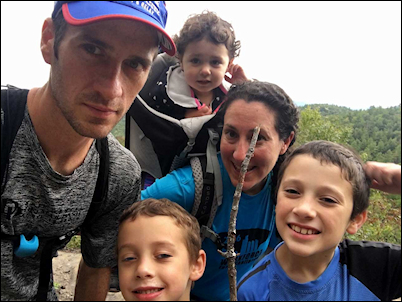 Tom with his family on a hike

Thomas J. O'Grady, Ph.D., M.P.H. - Tom is a public health professional and researcher who is also a NASM certified personal trainer and a USATF Level 1 and VdotO2 certified run coach. For more information on training or coaching contact OGrady.Strategies@GMail.com or visit www.ogradystrategies.com.