The Weigh Toward Fitness 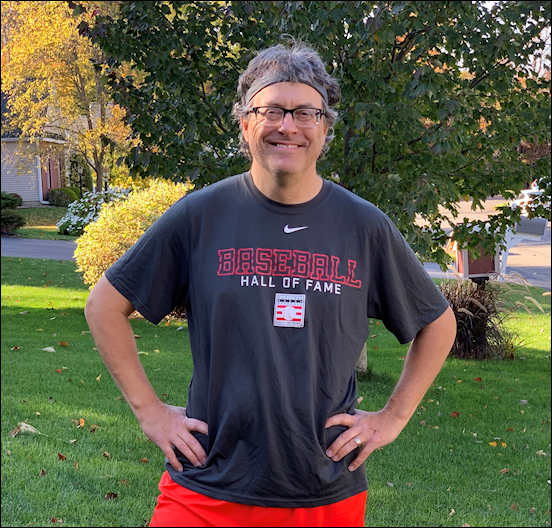 This is my story of recurring injuries and my journey to keep running. I hope it inspires other injured runners.

I have run recreationally since my early 30s. I’ve run many 5ks and even completed the Boilermaker—once, at age 43. Shortly after completing the Boilermaker, my family and I moved from the Utica area to the Capital Region. I didn’t get outside to run very much as I spent most of my time on a long-distance commute and house hunting.

The next Spring, someone suggested that I start training if I planned to run the Boilermaker again. So I laced up my shoes and went out for my usual three-mile loop over moderately hilly parts of Guilderland, running mostly on sidewalks. As I completed the loop, I felt so good that I added another three miles, feeling pretty proud of myself. A hilly six-mile run after six months of complete inactivity caused some slight soreness, but hey, I was turning over a new leaf!

The next morning, I could barely walk. I got into the car for my long commute and was alarmed when I got out and could not walk without a pronounced, painful limp and a numb left knee. The pain and numbness continued every day for a few weeks. Running was impossible.

After a month with no real improvement, my doctor diagnosed tendinitis. He prescribed physical therapy.  I completed the treatment over eight to ten weeks, faithfully doing the exercises and taking a lot of ibuprofen. Soon, I could run again. Whew.

Over the next few years, I ran sporadically, as often as work and family life allowed. But as I entered my 50s, I was a bit overweight. At five feet eleven inches, my weight fluctuated between 200 and 220 pounds. Occasional diets combined with a renewed devotion to running would help my pants fit again, but I was never committed to my diet or a workout routine. And any periods of sustained physical activity were interrupted often by life and a lack of focus.

Two years ago, I decided to lose some weight and try running two to three miles a day. All was going well. I began to lengthen the distance of my runs and enjoy the physical and mental benefits. I pushed myself to try a little speed work - sometimes beyond my normal limits. I ignored the intense soreness in my right knee, thinking the pain would soon subside.

The pain did not subside. I experienced constant soreness and stiffness with no flexibility. I was unable to walk, let alone run. I spent days thinking I was getting better, then would accidentally twist my knee pivoting in the house or mowing the lawn, and there would be days of renewed pain.

My doctor sent me to a local orthopedist. The diagnosis: tendinitis. The prescription: physical therapy.

“I’ve got this,” I said to myself. I had this condition before on the opposite knee and believed I could fix it with physical therapy. But, despite doing an hour’s worth of exercises twice a day, there was no improvement after six months. Because the current approach wasn’t working, my physical therapist agreed that I could try a different therapy: rest and inactivity.

I did no physical activity beyond yard work, walking, and helping out at my son’s sports practices, and I generally felt fine. But I missed running. Over the next two years, when I attempted to restart my running routine, the pain always returned, and I had to stop.

This past February, after years of struggling with weight gain and overeating, I restarted a low carb diet I had tried before called “The Metabolism Miracle,” a lean and green approach that involves nearly zero carbs for six weeks, followed by gradual reintroduction of limited carbs. The diet worked for me. I lost 25 pounds, the pain subsided, and I felt ready to start running again. My orthopedist performed an MRI of the knee, which showed a slight meniscus tear. But he did not recommend any further treatment unless the pain returned.

The orthopedist believed that my lack of pain was most likely due to losing weight. He said that each extra pound added four pounds of pressure, so at a peak weight loss of 30 pounds, I would save my knees 120 pounds of pressure with each step, whether running or walking.

“Whatever is wrong with your knee, running isn’t going to make it worse,” he said. That was all I needed to hear. I cautiously restarted running, first a quarter-mile and then a half-mile, staying at each increment for a week or two. I kept lengthening each increment until I could run three to four miles most days, with occasional days off. I did not even need ibuprofen post-run!

I can now run 12 to 20 miles a week. And it feels great! I now realize that there is a weight threshold above which my relatively old knees can’t sustain. The answer is to keep that weight off.

As I enjoy the mental benefits of running, I stay mindful that running, physical activity, and my body itself are all gifts. My recurring injuries make me even more grateful that I’m running now and more determined to keep my weight in balance with my physical limitations. 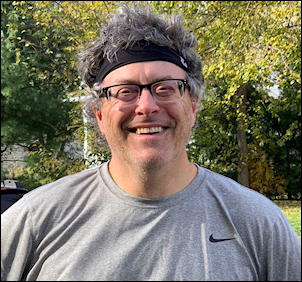 Tim Wiles, when not running, is the Director of the Guilderland Public Library and an avid baseball fan who for many years previously was the head archivist at the Baseball Hall of Fame in Cooperstown.  He is known for his dramatic presentation of the poem by Ernest Lawrence Thayer,  "Casey at the Bat." 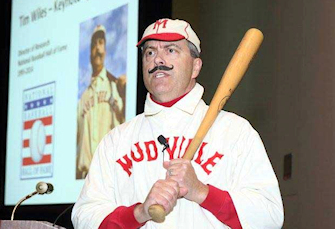