In running vernacular – the shortest distance between two points of a curved line... as in “running tangents saves distance on a curvy course” 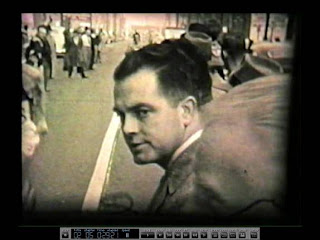 You’d have to be a track nut to know who Jack Pyrah was. He was the glue that held the Villanova running machine together during the 60’s, 70’s and 80’s. If you needed something, he was who you went to. Jumbo Elliott got the quotes and the clippings but for the day-to-day it was Coach Pyrah. Pyrah parlayed his job as the “man behind the scenes” into a Hall of Fame career. Workout times, travel itineraries or Pie Shop tickets, he handled them all.

I went to Villanova to run. My father knew some well-heeled alumni and I got accepted the day after my application went in. I wasn’t recruited. I just showed up. It had worked for Dick Buerkle. I hoped lightning would strike twice.

It didn’t. The fall cross country season was an embarrassment. Belmont Plateau belied its name. The hills at Fairmont Park seemed insurmountable. I actually walked in one of the races there. Embarrassment is an understatement; it was more like humiliation.

My roommate had a friend who said he was a basketball player. To me he was just big and clumsy. I met him on a Saturday night. He said that the JV tryouts were to be held the next Monday. He asked me, “Why don’t you go out for the team?”

I hadn’t touched a basketball in almost a year. I decided to give it a shot.

Thirty minutes into tryouts I see Coach Pyrah on the sideline. He asks me what is going on? I tell him I’ve been running so poorly I decided to give this a try. He just nodded his head. I went back to the drills. Pyrah went to the coach.

From the corner of my eye I see Pyrah talk to the coach and point at me. The coach stared in my direction and nodded at Pyrah. At the lunch table the next day Coach Pyrah told me he told the coach I ran cross country all fall to get in shape for basketball. This wasn’t true, but long story short – I made the team.

I still ate with the runners. As the team prepped for the IC4A’s that fall at Van Cortland I remember Coach Pyrah stopping by the table reminding somebody about running the tangents at Van Cortland. He said something to the effect “Lots of turns there…take all the breaks the course will give you.” Tangents, who knew?

As a basketball team we were pretty bad. As I remember it, we went 5-13. We lost our first five games. I didn’t play a second in any of them. I quipped to a teammate that this was the worst team I never played on. We shared a sarcastic laugh. He never played either.

Finally, I started to get some time. “Two dribbles, two shots or two turnovers and you’re coming out.” I nodded, I could pass the ball. In my first game we were getting crushed. Time was running out. Our point guard, who was all-Philly Honorable Mention in the Catholic League, threw me the ball for the last shot like it was a hot potato. I fumbled the ball, regained possession, stepped back, shot and scored. We still lost.

Our last game was against St. John’s. Thee St. John’s, with Lou Carnesecca on the bench. This was my father’s alma mater. He was coming to the game. I had heard about St. John’s my whole life, but I couldn’t get him a ticket. I begged the ticket lady for a seat anywhere. Somehow she found one. It was a seat “way up there” in the old Field House. My father had a bad leg. It was the best I could do.

There were some familiar names on the St. John’s roster, and two I will never forget. One was a Mullin, an earlier version of Chris Mullin, the future NBA superstar, and Hall of Famer. This Mullin was also left-handed, blonde and was a bomber from the corner all night long. This was before the 3-point line. Thank God. 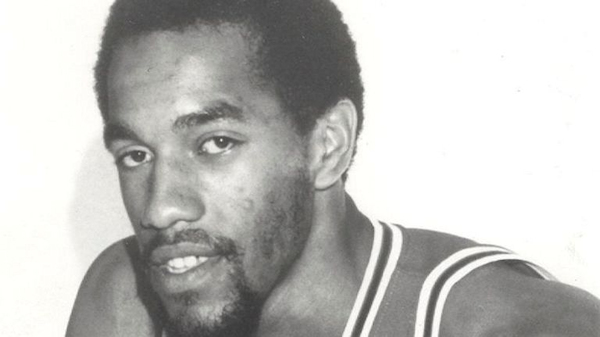 The other guy was Beaver Smith. He was an all-star from Long Island who was All-Nassau County throughout high school. He was 6’4” but the newspapers always talked about his 7’ wingspan. I’m sure he couldn’t touch the rim from a stand but I’m sure he could grab the net. Our paths had never crossed until this game. I thought to myself, “This is going to be good,” but I meant it in not a good way.

The game was close throughout. Mullin was bombing from the corner and Beaver Smith was rebounding at will. The coach had me playing the off-guard position, whipping the ball around the court and trying to run Beaver Smith ragged. He either forgot to count or took the leash off as I distinctly remember dribbling 3x on one occasion.

The game came down to the last 7 seconds. St. John’s got the ball over mid-court and called time out. We were up by one point. St. John’s had the ball at half court on the left side. Beaver Smith went to take the ball out of bounds. I moved to the sideline to cover him thinking how odd it was for him to take the ball out of bounds. He was their best guy. One would think he would be the guy they would want to get the ball to. And then, fortunately, gently, a St. John’s player accidentally bumped me from behind.

The St. John’s player lined up right behind me, like he was going to set a pick. And then I saw the other St. John’s players spread out in a gentle arc across the top of the key and at the elbow off the foul line. There were three solid picks set-up. In a moment of great clarity, I figured out who the pickee was to be.

Smith inbounded the ball to the left and began his sprint around the guy behind me, around the guy at the top of the key and around the guy at the elbow where he prepared for take-off. There was no way for me to intercept the pass or block his shot but what I could do was alter his jump. I eluded the first pick and took the tangent, the shortest distance between two points of the curved line for Smith’s guesstimated take-off spot.

I’m not sure if they called an alley-oop an alley-oop then but my early arrival at his take-off spot forced Smith to take-off a step early. In precision plays timing is everything. The ball sailed past the fingertips of Smith’s 7-foot wingspan. He crashed into me as the ball sailed out-of-bounds. Villanova ball, inbound pass, 7 seconds later, we win the game.

I never played in another college basketball game. It was back to track, which was all right with me. I lit St. John’s up for four points that night. It was my best collegiate game ever. I’m not sure if they still talk about it at St. John’s but, I still do.

Off The Road Archive 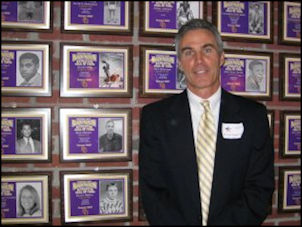 Russ Ebbets, DC is a USATF Level 3 Coach and lectures nationally on sport and health related topics. He serves as editor of Track Coach, the technical journal for USATF. He is author of the novel Supernova on the famed running program at Villanova University and the sequel Time and Chance. His most recent book, A Runner’s Guide, a collection of training tips and running ideas has been nominated for the Track and Field Writers of America Book of the Year 2019. He can be contacted at spinedoctor229@hotmail.com.