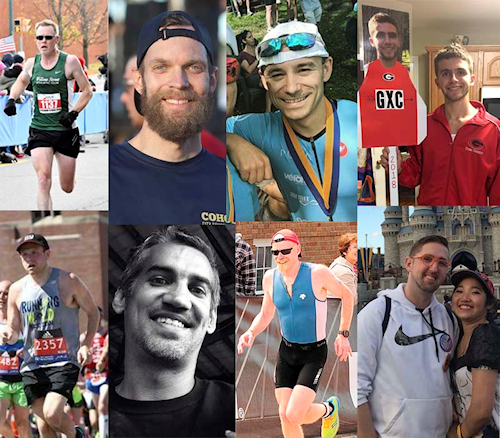 As I write this, it's been almost 7 weeks since life as we know it changed drastically due to COVID-19. While running seems relatively unimportant when compared to the health of the world, most of us have managed to keep putting the miles in. Some of us do it for physical health. Some of us do it for sanity. And some of us do it because we know that someday, we will be able to get back to racing. When, exactly, that will be is anyone's guess.

Being a competitive and creative bunch, some runners turned to virtual racing and time trialing as a way to assess fitness and have a little fun while maintaining social distancing. Such was the case when a few runners on the Willow Street team announced they were looking for teammates for a Virtual Grand Prix Race Series. The Grand Prix consisted of four races - 10k, 1 mile, 5k, and finally a half marathon race held over a period of 8 weeks, with both team and individual scoring. We'd be competing against runners from all over the country, with the only prize being bragging rights. But at least we'd be competing. Sort of. Was I in? You bet I was.

The Virtual Grand Prix Series is a different sort of event. While there are rules, it is largely based on the honor system. You run the given distance, over a course of your choosing meeting the criteria for minimal elevation drop, during a certain range of available days. You record the race with GPS, upload to the Strava app, and then report your results to the race director by sending them the link to your Strava activity. No one checks to see if your GPS is calibrated accurately, or if you actually did the running or instead rode a bike. And don't even get me started on the inherent errors in GPS data.

But it's been fun. True, the performances cannot be equalized as we don't all run the same course. When we raced the 10k, I chose a hilly road course with twists and turns that in all likelihood measured longer than the 10k race distance. Others raced on the pancake flat bike paths. Still others raced on the track, where many GPS units measure long and as a result, the runner is awarded a super fast time by running a GPS recorded “10k" in 23 or 24 laps, rather than the regulation 25. Who's counting those laps anyway?

While GPS inaccuracies are one thing, mental motivation lags as well. I found it very difficult to dig deep in the final mile of a solo 5k, or around the 1000m mark of the one mile, with no competition to chase or push me. Evidently, my teammates felt the same way, as jokes about positive splits during the 5k were the theme of the day. Certain competitive elements of racing that we take for granted are definitely missing. And yet, it is still competitive. When the race is over, I still check the results, to see how I did versus the other runners on my team, versus others in my age group, and how the team did overall. Post-race conversations are limited to Strava kudos and email or Facebook recaps of individual results. And we don't get to gather for a post-race beer. But it's still racing. Only different.

Here's to hoping we can all get back out there soon. 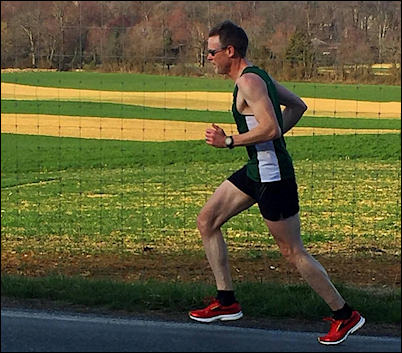 Getting Ready for Spring Races then COVID-19 Strikes