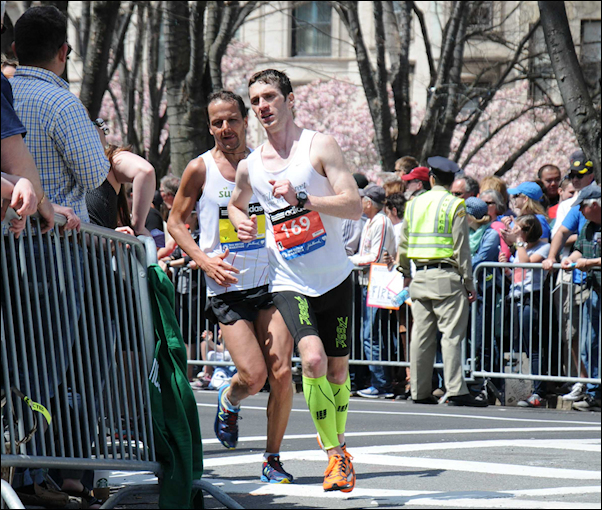 Last month I wrote about the rapid succession of race cancellations and disruptions caused by COVID-19 and the impact this had (and was going to have) on running and life in general. In that March 12th article we were beginning to feel the full impact of the pandemic in the United States. I have written an article every month for the Pace Setter for over a year now. But what happened that day startled me and I knew that this was different. Earlier in the day I had been following the news and at noon happened to be talking on the phone. I saw that the DOW Jones Industrial average was free falling and that the market was tanking. To stop the bleeding, I said that trading would have to temporarily stop. Fifteen seconds later trading was temporarily stopped. The impact was unprecedented – we now had a public health crisis and the economy reflected the uncertainty.

In preparation for May 2020 Pace Setter issue I wrote a book review on The Perfect Mile. I also did an athlete profile on Alan Via – an avid local hiker for the Adirondack Sports . Both of these articles were written for May purposefully. The first sub four minute mile was run in May 1954 and was an inspirational feat in athletics history. It is listed among the crowning athletic achievements in the 20th century. I wrote the article in April in a month when I had anticipated another crowning achievement in running being accomplished. Had the London Marathon been held as scheduled, crowds would have witnessed the anticipated showdown between Eliud Kipchoge and Kenenisa Bekele. Both athletes would have entered the races already having resumes that make them among the greatest runners to ever set foot on the track or roads. They would have both been trying to do the same thing: Win the marathon, break the world record, and lower the world record below 2 hours in a sanctioned race. I wrote the athlete profile about Alan Via because he helped start the Delmar Dash and many people have taken to the trails to release their energy.

On April 25th I was asked by Christine Bishop if I could write a second piece to follow up my April article. I thought about the request. April was certainly a weird month. Just in the running world there were a lot of races cancelled. It was disappointing waking up in my house on April 20th on what was a pristine spring morning instead of walking to the starting line of the Boston Marathon. Despite the irony of being one of the best days this century for the race it was still a great day to go out for a run. Then I listened to the governor’s update shortly after returning and it stated we had reached day 56 of the quarantine. In March very few people anticipated the impact of COVID-19 or the quarantines to last for 56 days or longer.

With that said the reality of the situation we are in is real and it is a marathon and not a sprint. And whether is 56 days, 56 KM, or 56 Miles, covering that ground takes some discipline. But the silver lining for people in HMRRC is that they are road runners who enjoy distance running. And one of the defining characteristics of a distance runner is grit. In other words – as a distance runner you have a passion and sustained persistence that you apply towards long term achievements without any particular concern for rewards and recognition along the way. It is these characteristics that make you resilient, keep you ambitious, and help you maintain your self-control as you steadily rack up the miles. Those miles may be for health reasons, to set a personal best, to qualify for a major event like the Boston Marathon, or any other goal.

So as we enter May and the third month of quarantine. It’s important to take stock of the reality of the situation and what you can do about it. The truth is that New York State has been hit very hard – harder than any other state in the country to date. What we can do about that is to protect our health and the health of those around us. This means – following guidelines to stay indoors. It means staying healthy and in control of your fitness. Many runners are already healthy people and adjusting their routine to remain so is logical . Making sure you recover from your work outs by eating healthy, taking some time to meditate, or making sure you are flexible by adding some yoga are all productive things to do.

The COVID-19 Pandemic is an unprecedented catastrophe. But our response can help define the future. In the past month I listened to WAMC as they discussed the fact that public health funding in the United States had been reduced by 45% in the past 10 years. While I was earning my graduate degrees I had a very good professor tell us that the military is our defense and public health is our offense – you want and need both working and well-funded. Public health is also a silent force – when it’s working no one rarely knows or cares but when it doesn’t work everyone knows and feels the impact. So during this marathon we have found ourselves we can use the time to decide what our priorities are individually and as a country. The 20th century saw many trying times – World War I lasted four years, the Spanish Influenza Pandemic lasted two years, the Great Depression lasted ten years, and World War II lasted six years. That covers just the first half of the 20th century. The speed with which we live our lives has made two months seems completely unbearable. Yet – like any marathon we’ve trained for we will get through this one too. 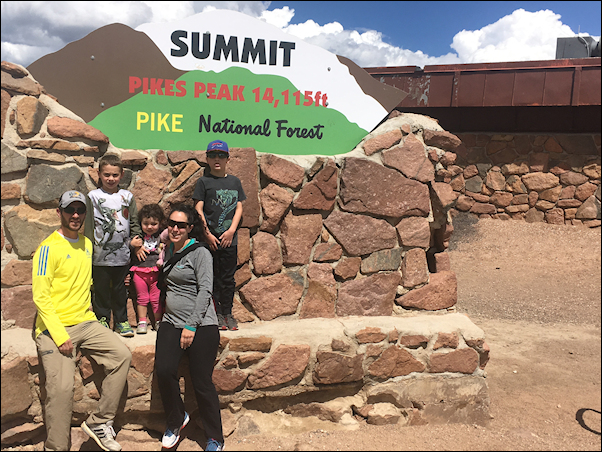 Tom with his family