If you PR and There’s no one Around to see it Does it even Count? 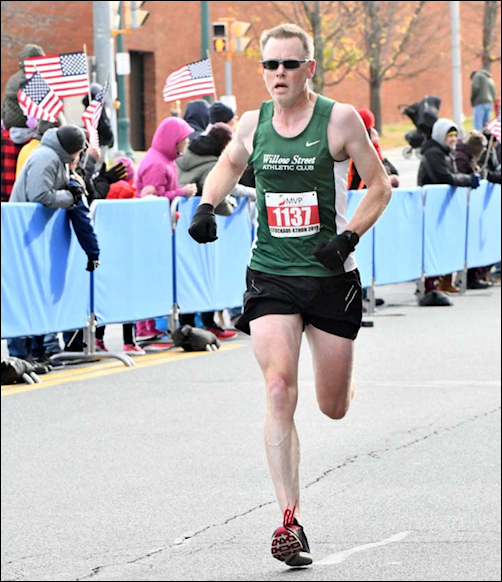 Last month I wrote about how, in the wake of coronavirus with its mandated social distancing and a cancelled spring racing season, a few of us had decided to participate in the Run Free Grand Prix. Competing virtually against runners from all over the country, the culminating event in the series was a half marathon distance "race."  In keeping with the official rules, the race was to be done solo, over a course with an elevation drop averaging not more than 10' per mile.  Time was to be certified by GPS, uploading results to the run app Strava and submitting a link to the race director.

Prior to coronavirus, I spent most of my spring training with Bob Irwin.  With a steady diet of long runs and repeat 6-minute miles, both of us were targeting the Helderberg to Hudson Half as a key spring race, with the goal of going as far under 1 hour and 20 minutes as our just south of 50-year-old bodies would allow.  Training was going well, and it looked like an attainable goal. 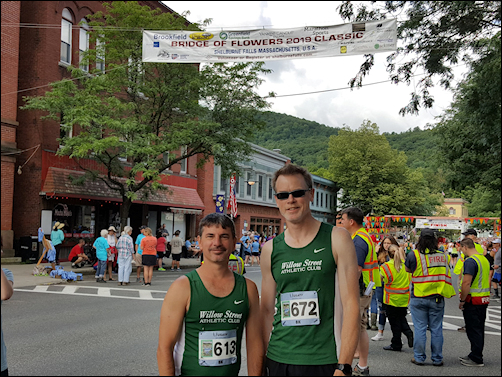 Then coronavirus came, and any hope of racing the half marathon went right out the window.  By April, I had pretty much given up specific training for the half marathon, returning to basic run fitness and focusing on some of the early Virtual Grand Prix races.  I figured I’d run the virtual half marathon for fun and see what happened.

The target "window" for the virtual half marathon was May 7 through 10.  Being a somewhat meticulous planner, I had already selected a flat course on the bike path in Niskayuna.  I’d start at the 5-mile mark of the Mohawk Hudson River Marathon, run out to the 12-mile mark, and turn around and run back until I hit 13.1.  One of the added benefits of this course was the measured mile marks.  I wasn’t sure what kind of half marathon shape I was in, but I figured I’d at least try to break my PR of 1:22:17, set in 2019.

Unfortunately, that weekend, a freak late winter storm was forecast to hit the area on Saturday May 8, with high winds, cold and a rain/snow mix lasting into Sunday.  This meant that to take advantage of the good weather and avoid a 30mph headwind for half of the race, I’d have to run the half marathon on Thursday or Friday.   Friday was looking like the best day, but I’d have to do the run early in the morning before work.

Friday morning, I woke up at 4:30 a.m.   After breakfast and coffee, I drove to Blatnick park.   After a slow 1.5-mile warmup, at 5:49 a.m. I found myself at the “official start” at the 5-mile mark at the bottom of Blatnick hill.  No longer being an early morning runner, I had some doubts as to what sort of time I was going to be able to run.  The weather was perfect, a sunny day with temperatures in the low 30s and most importantly, no wind.

The imaginary gun in my head sounded and off I went, into the rising sun, east towards Colonie and the turnaround near the Northway.  I went through the mile in 6:17 -- a slow start but I run my best when I let the pace come to me.  Mile 2 went by in 6:01, maybe a little on the quick side but I felt ok, so I went with it.  Before I knew it, miles were clicking by in the low 6s and I got to the turnaround at mile 8 in 43:10.

Running west on the path, I made my way back towards the Niskayuna train station.  It’s a familiar section that I run frequently in training.  Ever so slightly downhill, the miles clicked by in 6:05, 6:10, 6:06.  10 miles went by in 1:01:31 -- I remember thinking maybe this was going ok and did the math in my head to see if I could still break 1:20. Past the Niskayuna train station in 6:10, then under the Niska Isle bridge in 6:09.  I was slowing in the final 5k.  I cursed myself for not setting up a water stop somewhere near the halfway point.  Argh -- by 12 miles, the lack of hydration was starting to catch up to me and my calf was seizing up. That final little dip in the path at Lock 7 Road was a killer.  Any hope of a sub 1:20 was history but I still had a chance to PR.  Finally, the watch read 13.1 miles.  I ran well past it so Strava would not short me a 10th of a mile as it’s notorious for doing.  I looked at my watch.  13.1 miles in 1:20:42!  A PR by about 90 seconds, and there was no one there to see it but me. I felt pretty good about it -- confident that I would have run under 1:20 under actual racing conditions.

Under normal circumstances, racing a half marathon is hard.  Running a solo half marathon time trial is even harder.  It’s a real grind -- like a super long tempo run that never seems to end.  It’s hard to get a sense of the pace and there’s no one to run with.  There’s no one to push you or to chase.  There are no water stops, no cheering crowds, and little incentive to dig deep and actually “race”.  There are no official results, no USATF certified course, no age group awards.  It’s just you and your watch.  You vs. yourself.  But then again, what more do you really need?

As Derrick Staley would say, “You already know.” 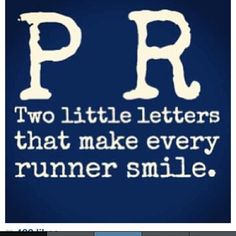