Blasts From the Past 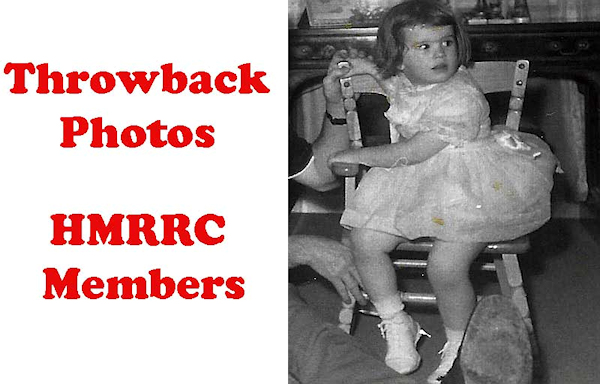 Last month’s Throwback photos ended with 3 unidentified pictures for you to guess who they were.  With a drumroll and a flourish, all will be revealed! 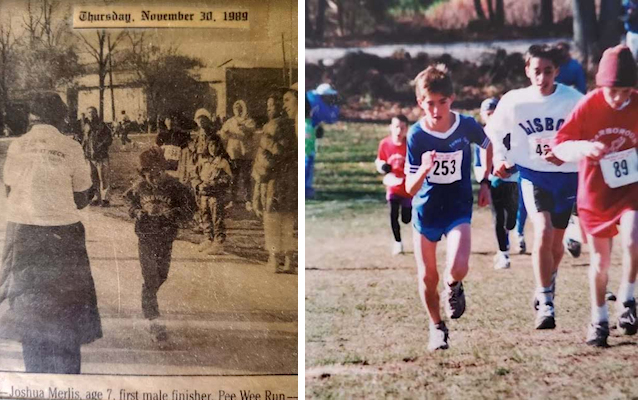 Liz (Paola) Chauhan and me at the 2003 Indian Ladder Trail Run; and then at Philadelphia Marathon in 2003 with Liz on right, Chris Chromczak 2nd from right. 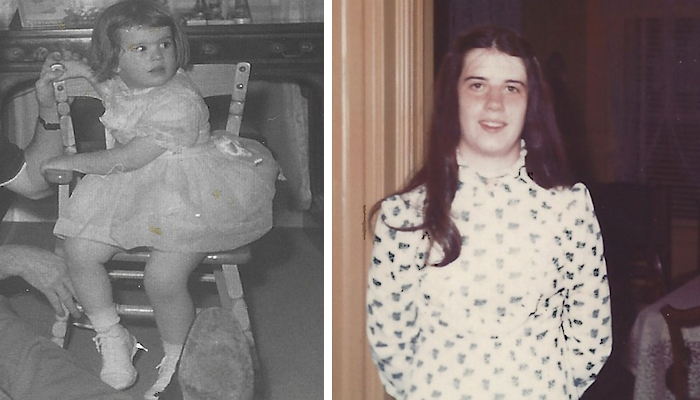 Maureen at 3 years of age; At her senior prom 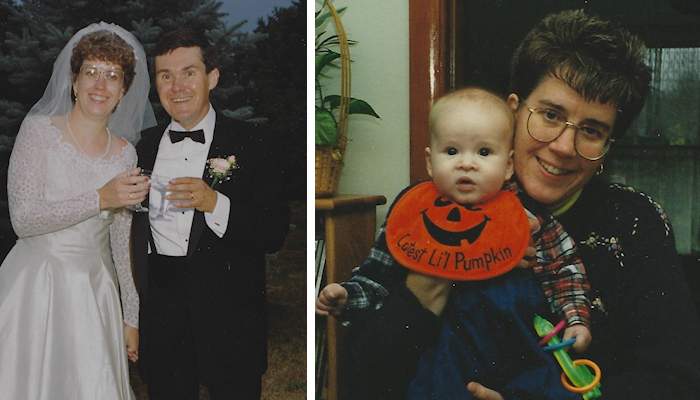 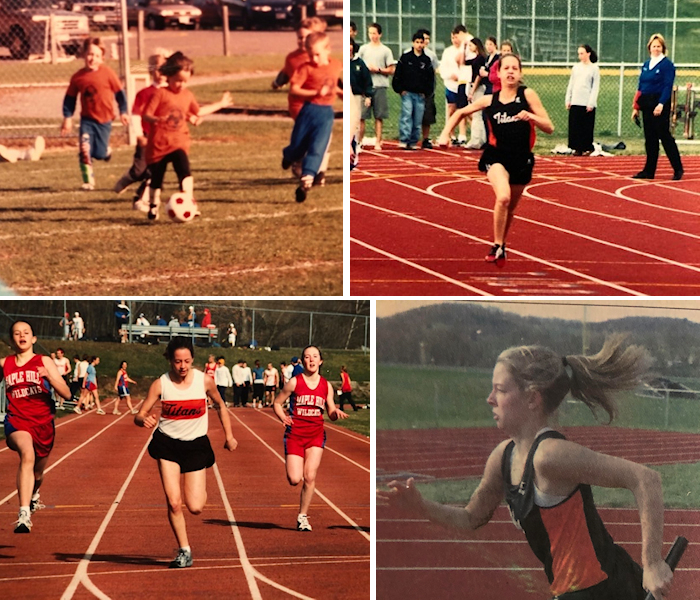 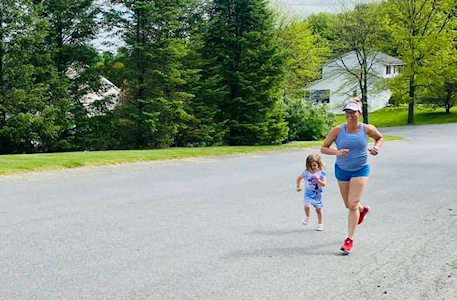 Kristen today running with her daughter