Running is my Boyfriend. Golf is my Crush 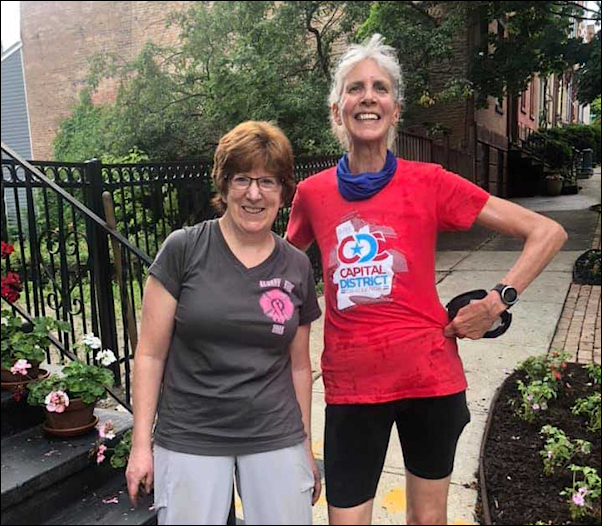 Stephanie meets Mayor Kathy Sheehan while on a recent run

Reliable, consistent, and waiting at the front door whenever you’re ready. Steady going, no drama. What more could you want from a relationship?  Occasional thrills, that’s what.

This is why I resisted running for so many years, after a flirtation in high school. Running is dependable but kind of dull. Nobody calls it fun. Or so I thought.

Still, two years ago, at an age when sensible people take up horseshoes, I took up running to impress a man. That pursuit hit a wall, but the running took off. First, I got hooked on the daily endorphin buzz. Then I started trying to finish races not just in one piece, but near the top of my age division.

Eventually I started feeling the vaunted runner’s high. Granted, it’s mostly afterglow, but sometimes on a long easygoing run, I start to feel like I could keep gliding all the livelong day in virtuous exhilaration. Even when exhilaration turns to exhaustion and I stumble to a grateful halt, I get to bathe in a feeling of release, relaxation, and accomplishment that compares with the best of bedroom pastimes.

And yet, golf still sucks me in. Complicated, utterly inconsistent, at times maddening, it remains ever fascinating. No one masters golf, not even a Masters champion like Tiger Woods— thus far in this pandemic-interrupted season, he’s won one tournament and come in dead last in another.

So, I’m a new runner and a longtime golfer. Totally backwards. Adult running usually carries on a high school habit, or it’s a midlife conversion experience after a cardio scare. Grownup golf is a something you ease into when all of your joints are shot.

Only a handful of us pursue both sports—the practitioners of which tend not to consider the other activity a sport. Runners think golfers are couch potatoes. Golfers think runners are masochists. 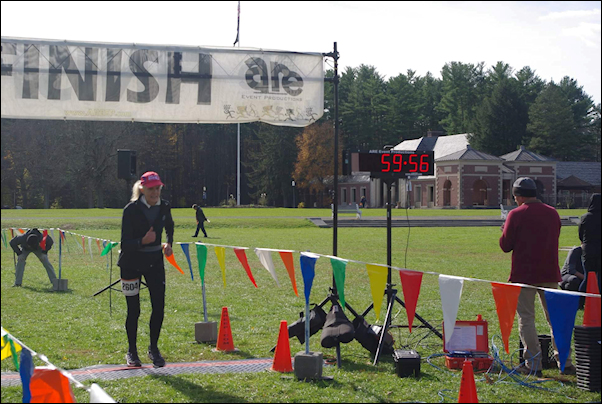 Still, as I spend daily time with the boyfriend and sneak out with my crush on weekends, I find they have more in common than expected.

Golf builds your endurance; so does running. Walking 18 holes provides 5 to 7 miles of stamina-building exercise. Running adds aerobic capacity. Put the two together and you’re Superwoman. OK, maybe not, but I don’t wear out by the 15th hole anymore and I consider 10k races fun. Yes, fun!

Running builds core strength, and golf needs it. Habitually walking 18 holes gives you legs like telephone poles, but it doesn’t do much from the waist up. Running engages my torso muscles as well as, to state the obvious, legs, and helps me fight my eternal tall-gal battle against the collapsing core that impedes my swing.

Running and golf both work best if you take them one step at a time. In every televised golf tournament, pros in contention tell the media their strategy is to play one stroke at a time. This is why golfer interviews are universally dull.

Steps happen quickly on a run. But when I’m trying to keep up my pace, I find it better to focus on each stride than the distance to the next milepost.

One step at a time means longer, faster runs. One stroke at a time means lower scores. This may seem as unnatural as relaxing your muscles when you’re running away from a cougar or trying to knock a rock far enough to get the attention of a wandering sheep.

But if you can summon up the mental discipline to let your body go, it usually does. 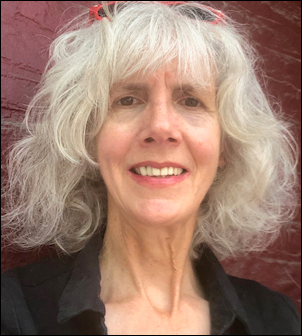 Stephanie Mumford Brown is Chief Wiseacre at Wiseacre Press, where she’s trying to compile the missing assembly instructions for the second half of life. She also writes for the Times Union Advancing and Golf blogs.