Ultra Running? You Must Be Crazy 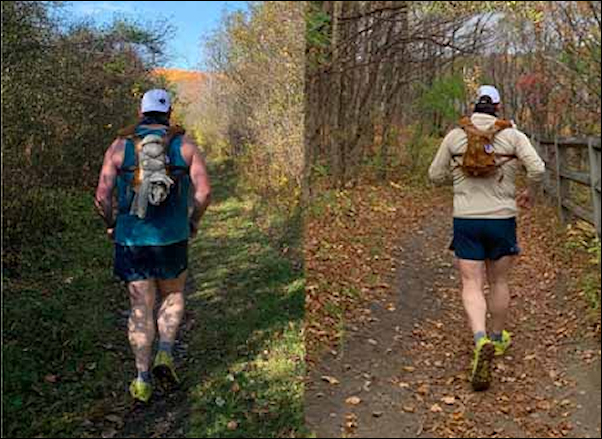 “Damn” I thought as I reached for my banana scented lip balm, I must have dropped it when I doffed my rain gear a mile back. “Oh well, still got nine miles to go, maybe I’ll find it on my second loop.” I kept my HR in check and kept plugging along at what I hoped would be a sustainable pace, every so often shouting to myself “Easy day” “Lookin’ good, feelin’ good.”

Running any significant distance has always seemed crazy to me. I always felt that people who spend two, three, four, twenty-four hours running had a few screws loose. Now here I was, in short shorts and an unzipped top, schlepping my 225 body hairy Italian body up and down muddy hills on a rainy day on a trail I have never been on before. Doing all this just in the hopes that come May I can finish my first marathon (which btw will be run entirely on beaches and sand) in under five hours. Maybe I have a few loose screws too!

This whole concept came about very subtly and very slowly. Three years ago, I met the new girl at work who told me that for fun she likes to run ultra-marathons. I laughed, until I realized she was serious, then told her that I too was a runner. More accurately I was a runner on my high school varsity XC team. In three years, I even managed to get an award for perseverance, but more on that later. More recently I focused my training on functional fitness movements as I thought they could be of more use with my line of work as a firefighter and paramedic. 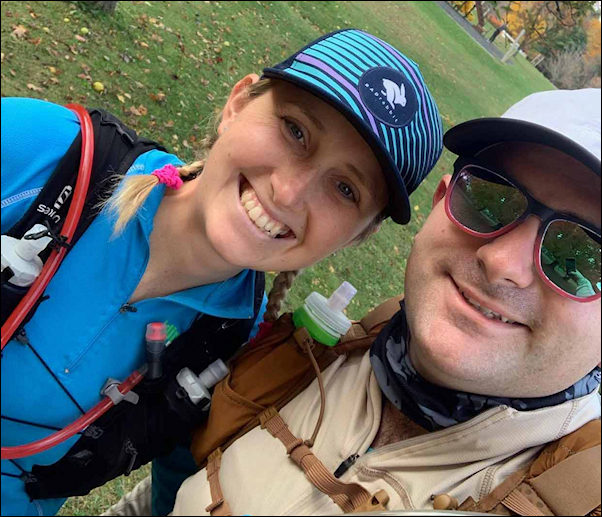 If we fast-forward some thirty months, my now good friend shot me a text asking if I would drive her to and from an ultra event in Virginia. Serendipitously I had just bought a new car, and just acquired my freedom given the failure of my then most recent relationship. Why not I replied thinking that getting to stretch the legs of the car would be fun. Besides, it’s going to be 24 hours of watching cute girls in running shorts go by.

In the span of that race my role went from chauffeur, to chef, to crew chief, to medic, to pace runner, and ultimately to boyfriend. It may seem like a big jump, but hey VA is for Lovers! While I would be remiss not to point out that the best thing to come from that weekend was in fact my new partner, I got so much more out of it.  I witnessed first-hand what running could be and if I’m honest, I kinda wanted to see what it was all about.

As we laid in bed one night before leaving, I jokingly told Mary Claire that she owed me a race. I further told her I was going to pick a marathon because it was her least favorite distance, but only if it could be run on a beach and on my birthday. I then rolled over, confident in the assumption that no such maniacal race existed and I could keep doing 30 minute jogs around my neighborhood. Five minutes later she nudged me and showed me a sign up for a marathon, run on a beach, the weekend of my birthday. And sonuvab**** they even had a cornhole tournament that started exactly five hours after the race started!

So, this brings us full circle to seven weeks later. Here I am embarking on a 10-mile trail run, which would be both a distance PR and a time PR for time spent on my feet. I now own not just one but several pairs of shorts so short that I have to use caution when entering or exiting  vehicles, a watch with better GPS reception than my phone and car combined, and more running shoes than all my other footwear combined. I plan my days off around my running workouts and spend so much time in spandex on my living room floor stretching that my dog is starting to become alarmed.

My grandfather used to tell me all the time “Endeavor to Persevere. “ Those are just big fancy words to an eight year old, but to the thirty one year old version of me, they are the mantra I use to push myself to not only my physical limits, but beyond mental limits that three years ago seemed so absurd the mere mention of them would cause me to laugh uncontrollably. I have found a joy in pushing my limits with running that I have not found in any other experience or substance (theatre school, let’s leave it at that). And it doesn’t hurt that while I fell in love with a ridiculous sport, I also fell in love with a crazy woman who, make no mistake, will one day be at the top of that sport.

As for me, I have no plans to FKT this trail or place in that race. I’m perfectly content with the notion that for me a PR is the most rewarding experience I have found. I am happier than ever, perform better on the job, and have more energy and stamina than I did ten years ago. And if I’m honest, spending a sunny weekend on a beach where my shorts have the longest inseam at 7” doesn’t seem like a bad view. 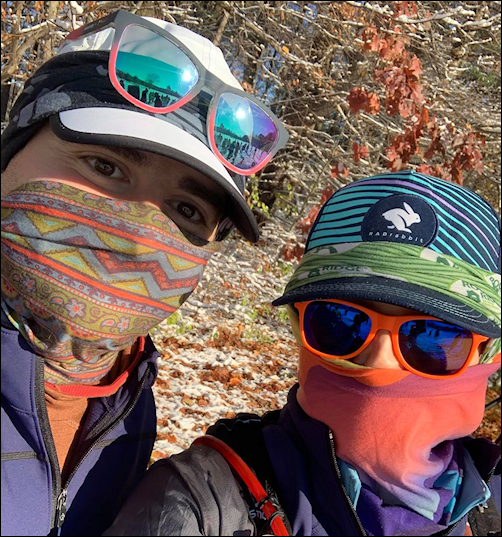