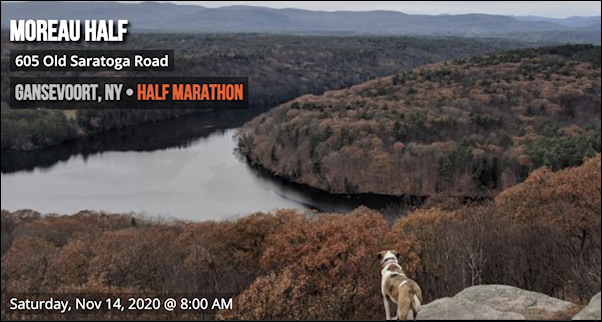 Must have excellent computer skills including Excel, email and G Suite tools. Able to run 30 or 40 miles on rugged terrain over several days with little sleep. Be able to coordinate and perform mountain search and rescue operations. Must be creative and have a sense of humor and most of all have a love of running, especially with a canine companion, and the outdoors. 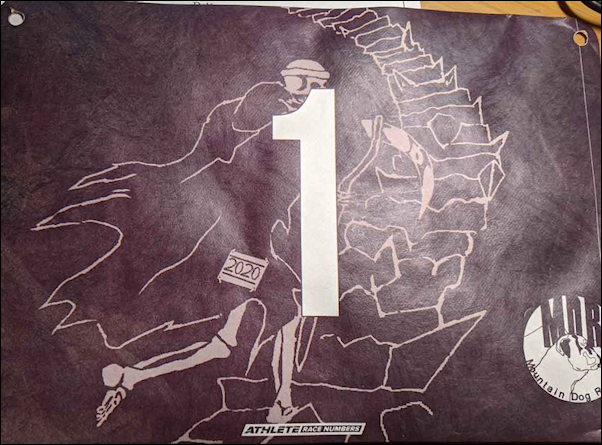 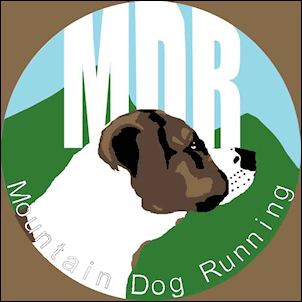 After running races for the past decade, on November 14, 2020 I took part in hosting my first race. Tim Ela, my wife Naomi, and my dog Taush created a trail racing company called Mountain Dog Running with the goal of promoting trail running in Albany’s capital district by creating trail races. Although Tim and I run lots of cool races we spend an excessive amount of  time in the car getting to them. Some really amazing terrain exists within a two-hour radius of the area, but there are few official trail races. One of our favorite places to run is Moreau Lake State Park. The trails at Moreau are technical (meaning lots of rocks, roots, and climbing), but also varied with some smooth single track and treacherous rocky ascents/descents including the famous Staircase of Death!

Moreau Lake became the logical place to host our first race as it is only 30 minutes from Clifton Park (where we are based) and we know the trails very well. We reached out to Casey Holzworth the creator of the original Moreau 15K trail race who works for the park service. He was more than happy to hook us up with the right contacts to get the necessary approval for an event. Brian Strasavich, the park manager, was helpful and easy to work with and enthusiastic about having the event at Moreau. Planning this race was a long process involving Covid plans, USATF insurance, renting porta-potties, creating race day sign plans, and much more.  But it all came together for an unbelievable day on the trails.

The most important part of any race is the course. We picked the outermost loop of Moreau taking runners from the beach of Moreau Lake out to Bonita Lake and back with about 2,700 feet of ascent and descent along the way. The total distance is somewhere around 14 miles making it a perfect half ultra distance. 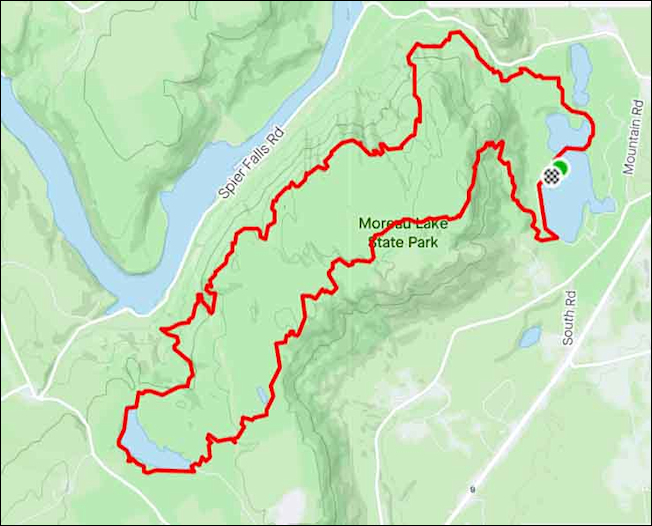 The trail system at Moreau is notoriously difficult to navigate with multiple colored trail blazes weaving together a complicated trail system. We did our best to clearly mark the course and provided GPS tracks for the runners. Our two biggest fears were having our event become a super spreader (Covid) event ultimately making the national news and scattering 70 runners all over the trails of Moreau to never be found again. We fortunately avoided both.

We decided on a staggered start system consisting of three waves of runners further broken into groups of six with an elite group of eight starting first. To help runners remember what wave they were in we named the waves after dog breeds: greyhound (the elite 8), husky, Doberman and finally Labrador. 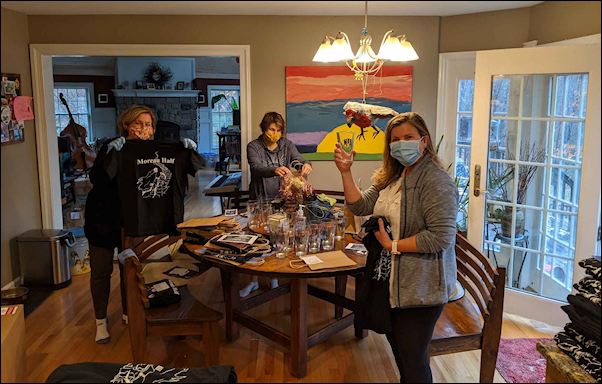 The week leading up to the race involved sending out a bunch of emails in order to collect the signed USATF waivers and remind folks to fill out a covid attestation form 24 hours before the race on Friday. This involved lots of excel-fu in order to keep track of who signed what. Friday morning Tim, Jake Stookey, Taush (the dog and mascot) and I headed out before daylight to mark the course. We started at sunrise and staked almost 300 pink flags marking every turn on the course. In the middle of placing flags one of the park rangers called to ask if we could re-route the race because a boy scout eagle project team was building a bridge right on the course. Fortunately, the call came before we reached that part of the course and we were able to create a small bush-whack avoiding the bridge construction. Another surprise, and what turned out to be a runner’s delight, the course had been cleared of leaves by trail stewards for maybe 70% of the trail. 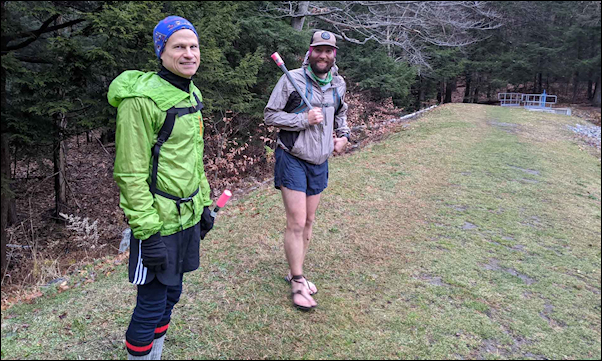 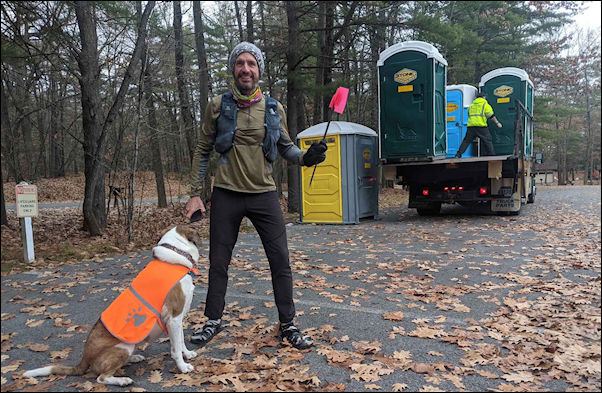 After a mostly sleepless night remembering all the things I had forgotten, we headed out early in the morning to arrive when the park opened at 7am. Right before leaving I sent out one more email with my phone number in case of emergency to all the runners (something I had forgotten to do in the many emails leading up to the race). We reached the park, and Naomi’s friends, Britt Gersey and Stephany Holmes were waiting to set up the registration area which consisted of prepackaged bags containing the bib, pins, an awesome T-shirt, a MDR pint glass, and a coupon from Unified Beerworks. Bag pick up went very smooth with only 3 or 4 people needing to sign forms in person prior to the start of the race. 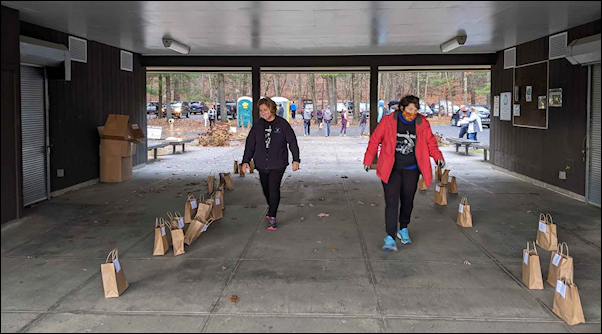 Setting up the race bags for pickup

As we called each group to the staging area, Tim gave them a few words of advice about the race course and sent runners over six at a time to the start line. I launched the runners with Naomi noting the start time for each bib number. The first group set off at 8am and by 8:30 we had launched the final group. It was a great relief to have everyone on their way.

Finally, time to relax. Although not that much time because we needed to get back to the finish area in an hour and half, because we figured the front runners would be showing up between 10:00 and 10:30am. Tim went to check out the boy scout bridge, while Naomi and I headed over to the Bonita checkpoint to catch the first few runners. We made it to the trail just as Shaun, Jake, and Ian were passing through. All three were chatting away as they cruised along the course with no one else in sight. Naomi and I were having a great time cheering on runners but knew we had to get back to the beach for the finish.

During the drive back to the finish I received a phone call from one of the runners (that emergency contact email saved the day). A runner was down at about mile 4 with a very swollen knee and was unable to bear weight to walk out. We called Tim and let him know I was on my way back to pick him up and return Bonita as that was the closest entry point to the injured runner.  Naomi met up with the park rangers and called the park police while we headed out to help. Our original plan was to splint the leg and see if the runner could walk out on it. As Tim and I passed and heard comments from other runners on our way up the trail, we started to rethink how we were going to get her out. I then remembered making a stretcher out of sticks and t-shirts for a large injured dog about 20 years ago during a hike on Crane Mountain. I shared this idea with Tim as we ran.  Tim was dubious but showed support with statements like  “sure Bill sounds like a great idea.” Along the way the park police called and we agreed on the plan to transport the runner to a nearby lean-to so that the park police and fire department could reach her with an ATV.

When we reached Stacy - the injured runner, Dan - a volunteer, Brian - another runner, and Kalia - Stacy’s friend and runner, were trying to carry her towards the lean-to. I shared  my stretcher idea but the rest of the group decided they would keep moving Stacy until we caught up. I found a dead tree and was able to break it in half with Tim’s help. We took off a few layers of shirts and put the sticks through the sleeves to create a stretcher. We then quickly caught up with the group and were able to get Stacy on the stretcher and to the lean-to without too much trouble. The ATV showed up about 30 minutes later. Even though she did not finish, Stacy said trail racing was awesome and she would be back again next year! 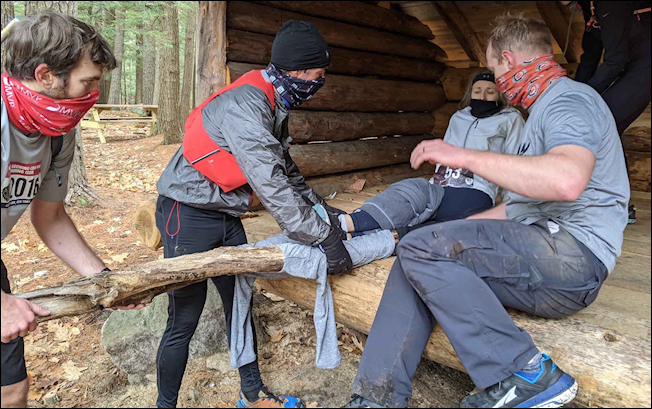 First responder team getting Stacy safely to the lean-to

Tim and I ran with Kalia back to the car and gave her a ride back to her car at Moreau Lake. Kaila had to drive to meet Stacy at Grant's cottage at the Mount McGregor correctional facility.  When we finally returned to the finish area we discovered that Shaun Donegan had won in a blazingly fast 2:07! Sub 2 might be possible! Ian came in second only 2 minutes behind him, with Jared Desrochers who started in the second group coming in third with a solid 2:12 time. Jake Stookey was fourth at 2:19, and Michelle Merlis was 5th with a time of 2:22:57. Everyone was reporting what a fantastic race they had.

We watched more runners finish, and when it was down to the last two runners Tim and I decided to run over to the Spier Falls checkpoint parking area to relieve our volunteer Jan Maras, who had been tracking the runners as they passed through the parking lot. Bruno and Ann De Man were also at Spier Falls taking some great action photos. We passed the second to last runner along the way. After thanking Jan and sending her back to Moreau Lake for a late lunch, we decided to head up the trail to meet Laura Clark, our oldest runner at 72, and Darryl Caron, our sweeper! Once we found them, we asked Darryl to collect the flags on the way out while Tim and I made our way to the Staircase of Death to collect flags from there back to the start line. This would leave us only a 10 mile loop to do in the next morning to pick up the rest of the flags. 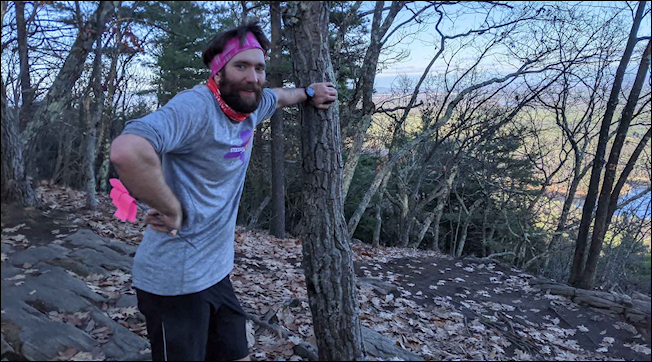 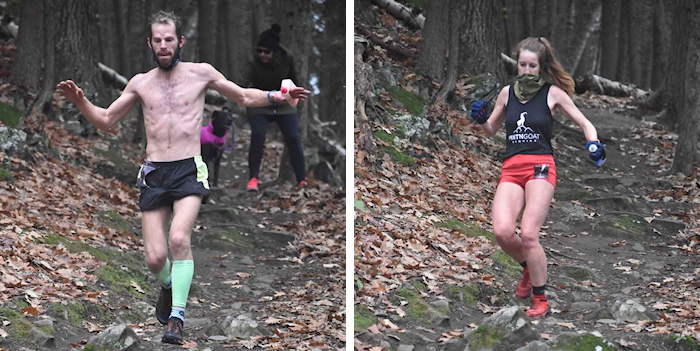 We arrived at the beach just around the time Laura finished the race. What a day it had been. This amazing group of runners were simply awesome. They all paid close attention to Covid restrictions, wearing masks and staying distant from each other. No one complained about the race. As Christopher McDougal said in Born to Run “The reason we race isn't so much to beat each other... but to be with each other.”  We were able to come together in a safe way and enjoy the beautiful trails of Moreau.

A big thanks to our volunteers: Britt, Denise Hale, and Stephany, who put together all of the race bags, recorded finish times, and created the truly unique and memorable finish line out of boxes and flags. Denise also helped out at the Bonita Lake checkpoint. Jan, our Moreau trail expert, who gave an entire day cheering on runners and keeping track of them. Bruno and Ann, who took some really amazing photos. Ben Etzler, who helped out at the Bonita Lake checkpoint and with the rescue. And thanks to Darryl, our sweeper and trail companion for Laura. 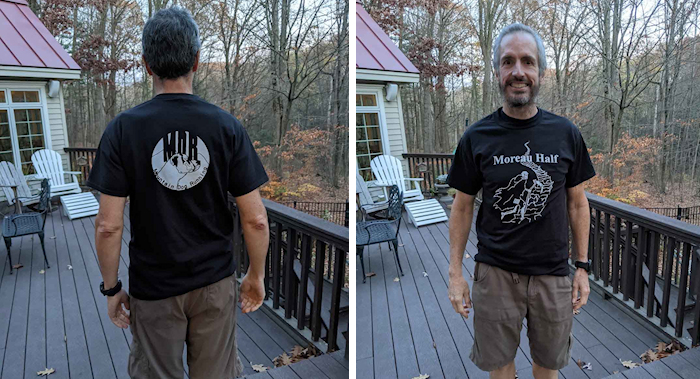 Tim's awesome artwork on the T-shirt 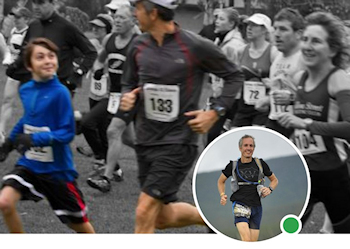 is a dedicated ultra marathoner who loves running on trails in sandals or barefoot. He also hikes and does yoga. He is a professional computer scientist who is a founder of Kitware, a company that specializes in computer vision, data and analytics, high-performance computing and visualization, medical computing, and software process.