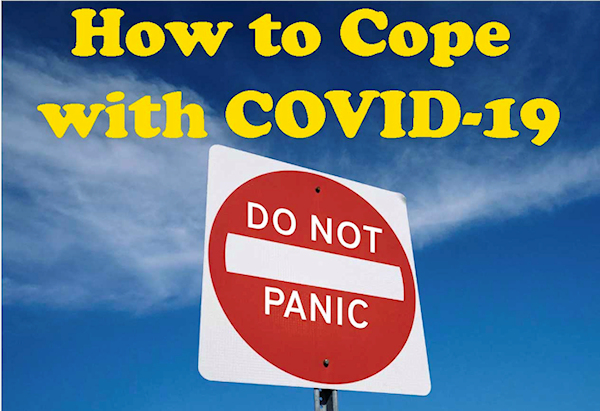 Since there is no vaccine against COVID-19, the best way to beat it is to avoid being exposed to the virus. 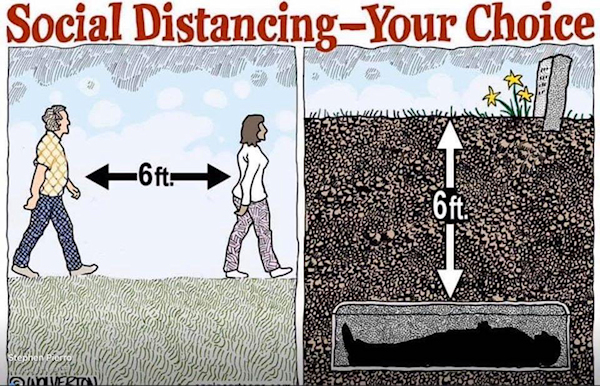 This may seem extreme, but if you come too close to someone, you can get infected.

Being infected can be deadly but you can be asymptomatic passing on the germ.

Fact: a sneeze can propel the Cororavirus 27 feet in the air.

STAY BY YOURSELF WHEN EXERCISING but remember to exercise!!!!

When you run, be careful to go to places where you are alone or can easily step out of the way of a group that is not following health guidelines.  Ironically, many of the bike paths and parks in our area are crowded making them potential sources of sickness and even death.

However, do NOT forget to exercise because it keeps you healthy and helps your immune system. 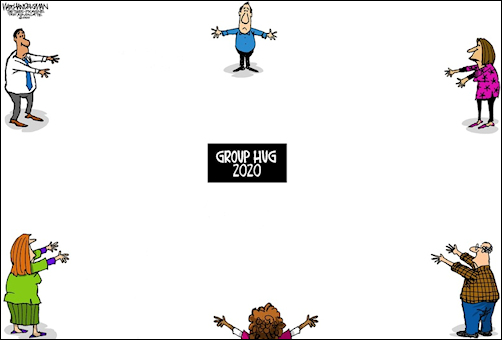 How to Add Zest to Your Life

Call friends of Facetime, Skype or another app at a certain time each week and maybe raise a glass with them and have some snacks.

Read funny posts on the Internet like this one:

American Medical Association has weighed in on Trump's health care package: The Allergists were in favor of scratching it, but the Dermatologists advised not to make any rash moves. The Gastroenterologists had sort of a gut feeling about it, but the Neurologists thought the Administration had a lot of nerve. Meanwhile, Obstetricians felt certain everyone was laboring under a misconception, while the Ophthalmologists considered the idea shortsighted. Pathologists yelled, "Over my dead body!" while the Pediatricians said, "Oh, grow up!” The Psychiatrists thought the whole idea was madness, while the Radiologists could see right through it. Surgeons decided to wash their hands of the whole thing and the Internists claimed it would indeed be a bitter pill to swallow. The Plastic Surgeons opined that this proposal would "put a whole new face on the matter.” The Podiatrists thought it was a step forward, but the Urologists were pissed off at the whole idea. Anesthesiologists thought the whole idea was a gas, and those lofty Cardiologists didn’t have the heart to say no. In the end, the Proctologists won out, leaving the entire decision up to the assholes in Washington.

Or watch Videos like this one that’s a variant of the Bohemian Rhapsody sung by someone who sounds just like Freddie Mercury: 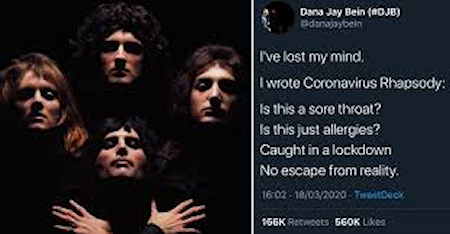