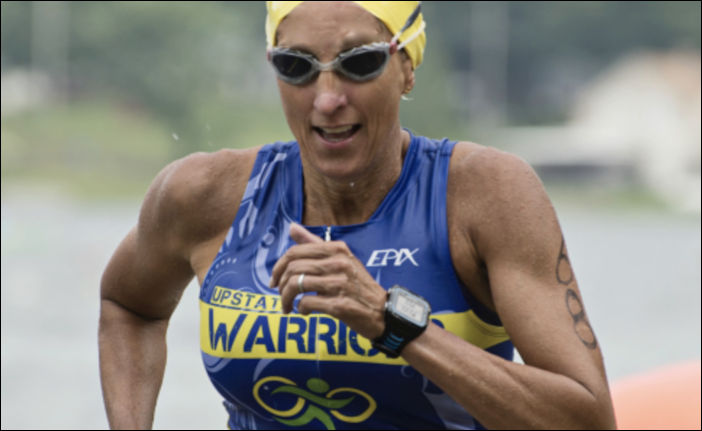 The mornings have a crispness in the air, school buses comb the neighborhoods, and pumpkin spice flavors everything. That can only mean one thing; marathon season (MHR on October 13). Whether you are doing 13.1 or 26.2 the miles pile on as training peaks toward your race. You meticulously plan (or dread) each workout and hopefully focus on nutrition and recovery. But are you training effectively? Why guess at where your paces need to be? Why guess at how many calories you need while racing? Test don’t guess.

It used to be that you could only get your VO2 tested if you knew someone at a University. If you could wiggle your way into a study you might even get a free test - as I did a few times. During the VO2 test you wear a mask and ramp up to an uncomfortable pace as a machine monitors oxygen in and CO2 out. You get off and are told your VO2. 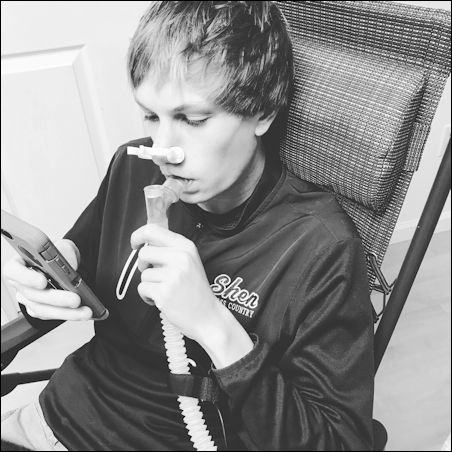 VO2? All it means is how efficient are you are utilizing oxygen. I use the example of getting to the top of the hill with that person who never seems out of breath. They can talk on the hill when you are sucking in every last ounce of oxygen. They utilize oxygen well. If you look at lists of athletes with high VO2, you’ll see lots of endurance athletes. Men have higher VO2 than women (by about 20%) and as you age, it does drop off. Most of the time you’ll see a peak VO2 for any particular athlete at around age 20. VO2 is partially genetic and partially trained.

18-year-old cyclist from Norway named Oskar Svendsen notched the highest VO2 test of 97.5 ml/min/kg in 2012. Norwegian cross-country skiers top the charts along with cyclists like Greg LeMond (92) and Lance Armstrong (84). Kilian Jornet an ultra runner scored 92 along with Matt Carpenter, Pike Peak Marathon record holder. Steve Prefontaine and other highly success runners were in the mid 80s. Joan Benoit Samuelson is one of the highest tested women at 78. Grete Waitz and Ingrid Kristiansen tested in the low 70s. Many athletes competing at high levels are tested today, but data is often not shared. Not surprisingly the highest VO2 ranges are in Nordic skiers followed by cycling, rowing and running.

As one of my favorite journalists, Alex Hutchinson, says “In mathematical terms, having a high VO2max is a necessary but not sufficient condition for success in endurance sports. It's the ticket that gets you in the door; once you're at a high level, everyone has a relatively high VO2

max, so other factors then determine who actually wins the race.”

So why would you care about VO2?

When you have a high VO2 max level, you’ll be able to pump more blood with each heartbeat. More blood transferred to the working muscles translates to better athletic performance and a happier trip to the finish line.

Research found that VO2 max also has a drastic impact on your lifespan. A low VO2 max has been correlated with higher risks of cardiovascular diseases, according to the American Heart Association (AHA). In 2016 the AHA said it should be classified as a new vital sign to be assessed yearly by your doctor. Obviously we aren’t there yet, but VO2 is basically the definitive measurement of aerobic fitness. It tells you the maximum rate at which you can take oxygen from the air and deliver through it through the lungs into the bloodstream for use by your working muscles. It’s an excellent measurement of current health and research studies say a predictor of future health. 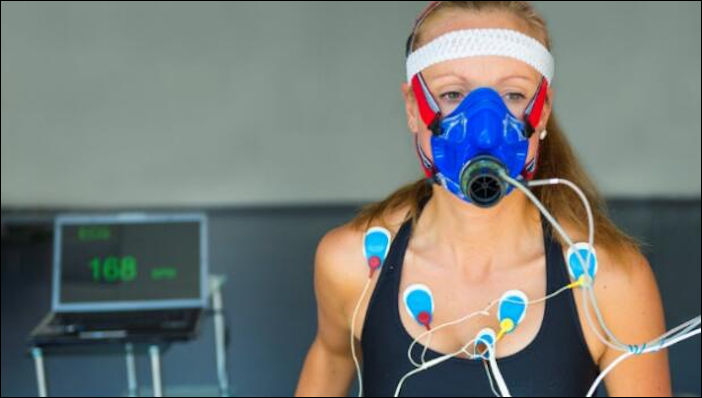 You may be thinking but my fancy Garmin watch tells me my VO2, so why test?

1. The most comprehensive study came from Bryan Smith and his colleagues at Southern Illinois University Edwardsville. They estimated VO2 max for 23 women and 26 men using the Garmin 230, Garmin 235, and Polar V800, then compared those results to gold-standard lab testing.

Typical VO2 max values in healthy college students tends to be in the 40s or 50s (in units of milliliters of oxygen per kilograms of body mass per minute). The Garmin measurements seem to consistently overestimate VO2 max, to a greater degree in men than women, and to a greater degree with the wrist sensor than the chest strap.

They found the Polar measurements to be less accurate—not surprisingly, given that they’re estimating a characteristic of maximal exercise while at rest. The wrist sensors overestimated VO2 max—which makes sense, since the heart-rate data was artificially low. You will get better heart rate data from a strap, but the wristwatches are so much easier that I ask my athletes to be consistent in the measurement method and we can compare data over time.

2. Even more important is the other data you can get from a VO2 test. You’ll walk away knowing both your aerobic threshold as well as anaerobic thresholds plus caloric burns at each HR. But even more critical you’ll leave knowing your fuel mix as you progress through the ramp test. What does that mean? 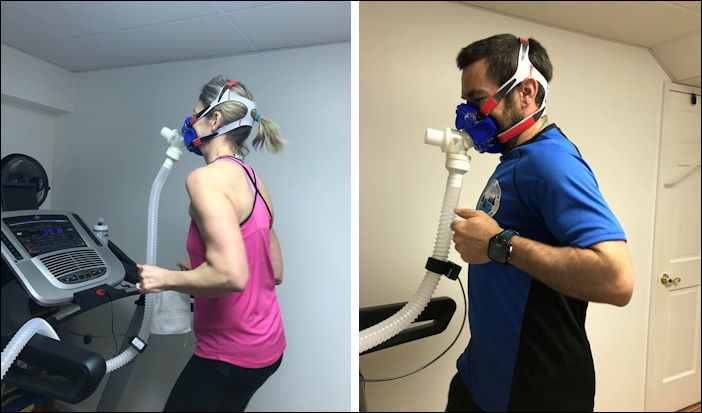 Hopefully at rest your body uses fat as its primary fuel. Once your heart rate elevates you’ll hit a point where you need to tap into sugar stores and if you continue to push harder at some point you will be burning all sugars (carbohydrates). If that goes on long enough, you’ll run out of fuel - our beloved wall. At rest our bodies were designed to burn fat (unfortunately not what I see in most endurance athletes). I lovingly refer to athletes as ‘sugar burners’ or ‘fat burners.’ The sugar burners have a higher RER (I explain all of this during testing) at rest and typically only drop into the fat burning zone for a short time before heading right back to burning primarily sugars. Why does this matter? We have about 70,000 calories of fat stored on our body - even my son Jack who is 6’1” and weighs 140 pounds. In contrast we can store only about 2,500 calories of carbohydrates. We all know that excess intake not used by the body will get stored as fat, but if that fat isn’t getting utilized then it just accumulates.

If you are a sugar burner, you already churn through your carb stores before heading out on that long training run. Depending on your calorie burn, which you learn with the test, you may only make it a couple of hours before you feel the bonk.

You can learn your VO2 max, your AeT and AT, your caloric burn and your RER. Once you have that data you can train in the right zones at the right pace and fuel to become a better fat burner for your big fall races. You can also change up your nutrition on a daily basis and during training/racing for better results. Feel free to reach out if you want to learn more or set up a test at hislopcoaching@gmail.com.