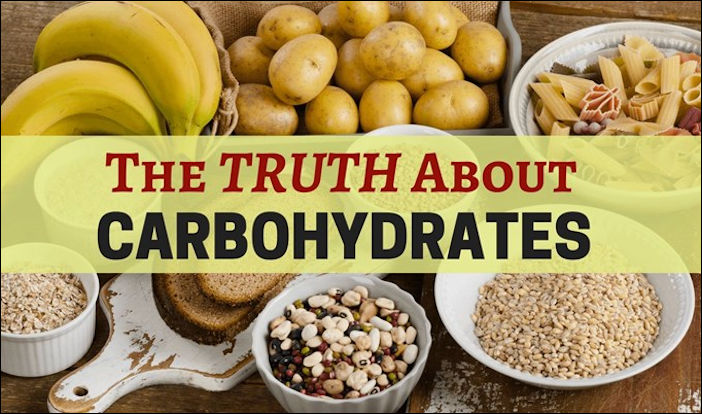 Too many of today's runners believe carbohydrates are "bad." If that's true, what does the latest sports nutrition research say? The following studies, presented at the American College of Sports Medicine's 66th Annual Meeting (Orlando FL, May 2019) indicate sports scientists agree that carbohydrates (grains, fruits, veggies; sugars, starches) can be health and performance enhancing sport foods. As you may (or may not) know, ACSM is a professional organization for sport science researchers, exercise physiologists, dietitians, doctors, and health-care providers for athletes (www.ACSM.org). Here are some answers to questions posed by ACSM researchers.

Does sugar cause Type 2 diabetes?

No. Type 2 diabetes is less about eating sugar, and more about lack of exercise. Most runners can enjoy a little sugar without fear of health issues. Muscles in fit bodies burn sugar for fuel. In unfit bodies, sugar accumulates in the blood. Fitness reduces the risk of developing Type 2 diabetes (T2 Db).

In a 6-week training study to boost fitness, 35 middle-aged men with over-weight or obesity who were at risk for developing T2 Db performed either endurance cycling, weight lifting, or high intensity interval training. Regardless of type of exercise, all types of training improved the bodies' ability to utilize glucose with less insulin.

These subjects had blood glucose levels within the normal range at the start of the study; their glucose levels improved with exercise. While we need more research to fine-tune the kinds of exercise that best manage blood glucose, rest assured that living an active lifestyle is a promising way to reduce your risk of Type 2 diabetes.

Yes, standard (natural) foods can be fine alternatives to commercial sport fuels. Look no farther than bananas! In a study, athletes who enjoyed bananas (for carbs) plus water (for fluid) during a 46 mile (75 km) bike ride performed just as well as those who consumed a sport drink with an equivalent amount of carbs plus water.

Yes. In a study, athletes ate breakfast and soon thereafter competed in a 2-hour cycling challenge that was then followed by a time trial. For fuel, the subjects consumed either potato puree, gels, or water. The results suggest 1) both potato and gel empty similarly from the gut, and 2) potatoes are as good as gels for supporting endurance performance.

The subjects completed the time trial in about 33 minutes when they ate the potato or the gel. This is six minutes faster than with plain water. (Any fuel is better than no fuel!) For runners, gels might be more convenient, but snacking on a salted boiled potato during a long run could be a welcomed flavor-change from sugary carbs.

Is fruit juice a healthful choice for athletes?

Yes, fruit juice can be an excellent source of carbohydrate to fuel muscles. Colorful juices (such as grape, cherry, blueberry, orange) also offer anti-inflammatory phytochemicals called polyphenols. In a study, subjects did muscle-damaging exercise and then consumed a post-exercise and a pre-bedtime protein recovery drink that included either pomegranate juice, tart cherry juice, or just sugar. The protein-polyphenol beverages boosted muscle recovery better than the sugar beverage.

Not always. During a 37 mile (60-kilometer) ultra-marathon, 33 runners reported their food and fluid intake. They consumed between 150 to 360 calories (37-90 g carb) per hour, with an average of 240 calories (60 g) per hour. This meets the recommendation for carbohydrate intake during extended exercise (240-360 calories; 60-90 g carb/hour). The majority (73%) of runners reported some type of gut issues. Of those, 20% of the complaints were ranked serious.

Interestingly, the GI complaints were not linked to carbohydrate intake or to gut damage. In fact, a higher carbohydrate intake potentially reduced the risk of gut injury. (More research is needed to confirm this.) Unfortunately, runners cannot avoid all factors (such as jostling, dehydration, and nerves) that can trigger intestinal problems.

We know that consuming carb during extended exercise enhances performance, but does it matter if marathoners consume a slow-digesting or a fast-digesting carbohydrate prior to a long run?

Likely not, but this can depend on how long you are exercising, and how often you want to consume carbohydrate. Well-trained runners consumed 200 calories of carbohydrate in UCAN (slow-digesting) vs. Cytocarb (fast-digesting) prior to a 3-hour moderately-hard run during which they consumed just water. At the end of the run, they did an intense sprint to fatigue. The sprint times were similar, regardless of the type of pre-run fuel.

That said, the slow digesting carb provided a more stable and consistent fuel source that maintained blood glucose concentration during the long run. Hence, endurance athletes want to experiment with a variety of beverages to determine which ones settle best and help them feel good during long runs. A slow-digesting carb can help maintain stable blood glucose levels without consuming fuel during the run. Fast-digesting carbs need carbohydrate supplementation throughout the exercise to maintain normal blood glucose.

These studies indicate carbohydrate can help runners perform well. To be sure your muscles are fully fueled, include some starchy food (wholesome cereal, grain, bread, etc.) as the foundation of each meal. Consuming carbs from just fruit or veggies will likely leave you with inadequate muscle glycogen. Think twice before having just a chicken Caesar salad for a recovery meal.

Nancy Clark, MS, RD counsels both casual and competitive athletes at her office in Newton, MA (617-795-1875). Her newly updated Sports Nutrition Guidebook is now available in a new sixth edition.