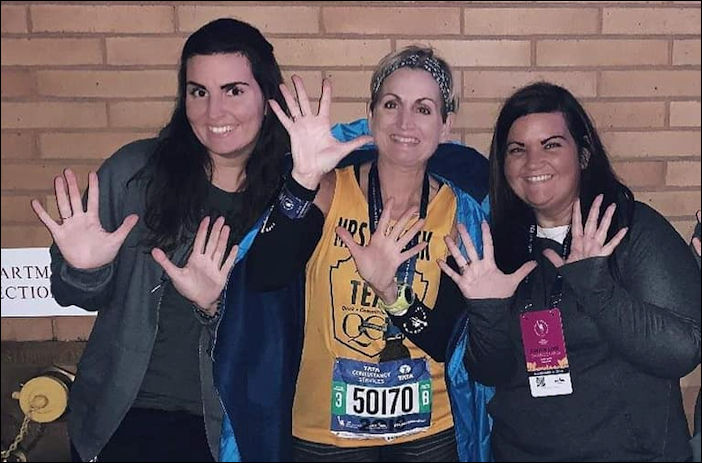 It is often said that behind every runner is a story, so here’s mine. I recently completed my 50th half marathon at the Saratoga Palio, a total of 655 miles, countless new pairs of shoes, gallons of sweat equity, and who knows how many dollars spent. But the ultimate measurements of this accomplishment are the wonderful people I’ve met along the way, the pride in putting my best feet forward, and learning from the moments that tested me.

Although I didn’t set out to run 50 of this distance in October 2008, somehow I got there. A self-described non-athletic gym rat, I had been running 5k races throughout the year, homage to my husband who had passed away the year before. My first half was a power walk-jog at the Hudson Mohawk Half without knowing a single person there. My father died four years ago on that date, and it was almost one year since my husband also passed away, so my mind and body needed a challenge.

Running and walking alone for 13.1 miles wasn’t nearly as fulfilling as returning in 2009 to run it the whole way, especially since I had gained a few running friends. At that time, one goal race a year seemed like a big accomplishment. I also usually hung up my shoes in the winter because I hated the cold. These days, my closet burgeons with gear for every kind of weather because I hate the treadmill. 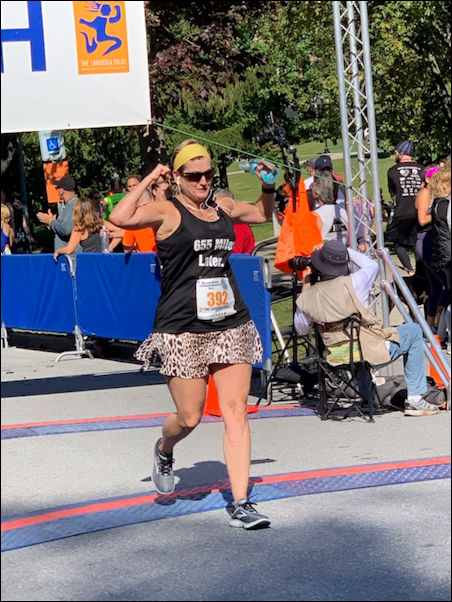 Friendships and new experiences are what compelled me to keep looking for new courses, locations and medals, especially once I realized I’d run about 20 half marathons. I’ve hated some courses, just as much as I’ve loved others. I’ve run in rainy cold, windy cold, sunny humidity, and then those perfect cool conditions we call Runner’s Weather. I busted through a personal best threshold at the 2012 Steel Rail Half in Pittsfield, and then beat it again at the 2016 Brooklyn Half which stands as my distance PR. I’ve finished in 10 states from coast to coast, having made it to the Surf City Half near Los Angeles for a special milestone birthday this year.

Dawn running at the Key West Half was probably the prettiest course, not to mention the greatest after-party. And anything I run in New York City is half of my heart, where my Queens Distance Runners compatriots inspire me to kick it up a notch.

Running has brought me a whole new vocabulary, more than half of my wardrobe (which always needs thinning out), and a sense of accomplishment that defies words. I’ve completed 10 marathons since 2010, with my sixth New York City Marathon in a row coming up soon. My 51st half marathon is a few weeks away at the Staten Island Half, so perhaps I’ll write about 100 half marathons before my next milestone birthday.

Jennifer with her daughters Angelica and Daria