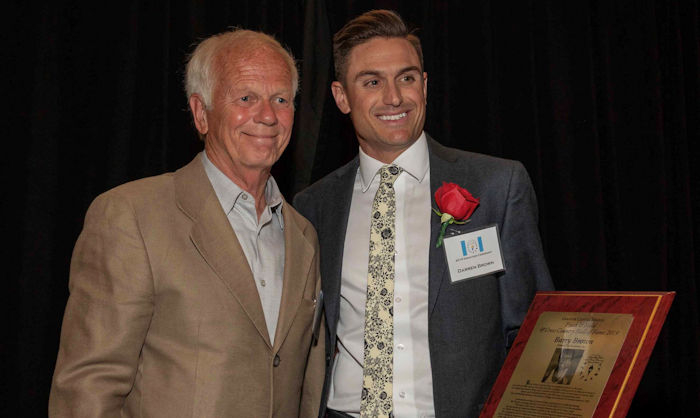 This speech was given by Darren Brown on September 21 at the Greater Capital Region Track, Field, and Cross Country Hall of Fame Induction Ceremony.

Thank you, Ray, for the introduction, and for a lifetime of friendship with my father. It’s an honor to be here tonight accepting this induction on behalf of my father. As many of you know, we lost my dad in 1992, when I was just 7 years old. That said, many of you have longer-standing, more vivid memories than I do, but because of this sport, and the friendships created in it, I have also spent my entire life getting to know him.

My father left me two things to chase that I know many of you would agree with ... A long list of accomplishments ... and a legacy.

Let’s start with his accomplishments, since that’s what we are here to honor him for tonight. From wearing his sister Patty’s cheerleading shoes in his first few races ever, to a standout at Colonie High School, to the Friar Flyer - Providence College's first XC All-American, to sub-4 min miler, 4x Olympic trials qualifier, American record holder and Masters American record holder, there are no lack of accomplishments to celebrate across his career.

Even the most remembered accomplishment of my own career, breaking 4 minutes for the mile – and becoming the first father-son duo to do so – could not have happened without him having set that standard 30 years prior. It’s still the only mark of his I was ever able to eclipse.

You see, when I finally took up serious running my junior year of HS, I found this sheet of paper he had typed up on an old typewriter that was a staple of the office in our Gainesville home. It listed every National team made, personal best run and record held. I traveled with it constantly in my track bag, and marked them as goals in my mind. They were impressive ... and lofty.

As I’ve grown past my own career though, the thing that stands out most about them isn’t actually the marks - as impressive as they are - it is the timeline across which they took place. Barry didn’t even break 4 minutes in the mile until a decade after college - a timeframe in which I had already retired from my post-collegiate running career. The longevity of my father's career was the single most incredible feat he achieved.

That dedication to the sport, and the longevity of his career, led to the second, and in my opinion, more important aspect of running that my father left me. A legacy.

My dad wasn’t just committed to his own achievements. He was also committed to building a community, supporting other athletes - near and far - and helping anyone find the same love and passion for the sport that he had. My father never turned down a new training partner, or opportunity to join someone for a run - even if it came at the end of a long day on the lake, after a long run earlier in the day, or maybe even a few beers with friends.

The most vivid memory I have from my childhood is that our homes down in Gainesville and up in Bolton Landing were a constant revolving door of athletes - novice, up-coming and world-class - from all around the world. There was hardly ever a free bed, couch or sleeping bag that wasn't being occupied by a visiting athlete who had come for a "training camp." It was a hub of training, and a regular meeting spot for the famed Florida Track Club that he was a driving force behind, as well as the catalyst of the infamous 1p.m. “conference call run” up Black Mountain on Lake George - the only conference call that nobody cared they would spend 2hrs on. This is likely because it began and ended with a boat ride, consisted of miles of stories and included a post-run dip in the lake.

So while I may not have the same depth and breadth of memories that some of you in this room do, I have been blessed to experience them through your stories - no matter how big the fish gets. The impact he had on this sport outside his running accomplishments was never clearer to me than through the support of his peers throughout my own career. Alongside the usual support system of my parents, Bobbi and Dave Norris, coaches, teammates and friends, later in my career, I was also privileged to receive the encouragement from many of the all-time greats I never knew I was among as a young boy - athletes like Marty Liquori, Keith Brantley, Francie Larrieu, Ray Flynn and John Tracy (to name a few).

His efforts decades before gave me a family in this already-small community that supported and encouraged me throughout my career. To me, this is what we should celebrate most about his career. New teams are made, times can be lowered and records are meant to be broken; but the impact of how you treat people is what really makes a lasting difference in life.

As my wife and I now bring our own little girls into this world, this lesson is one that will not fall short for us. We are excited to leave a similar legacy and family awaiting them - whether they choose to dive into this wonderful sport or not.

Thank you to Ray Van Epps for nominating, and the Greater Capital Region Track, Field and Cross Country HOF committee for recognizing, my father tonight. May we all remember and celebrate him for his contributions on, and especially off, the track. Thank you very much." 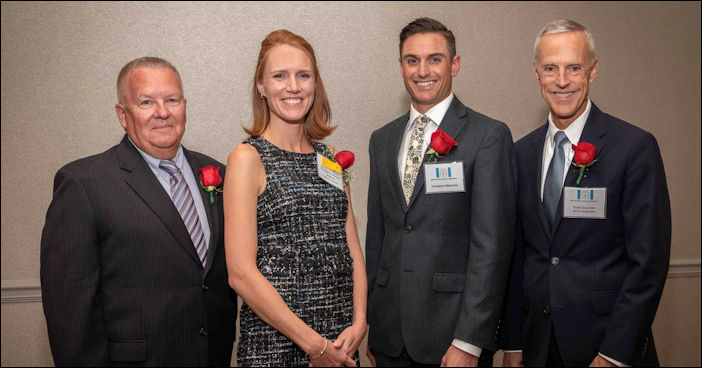