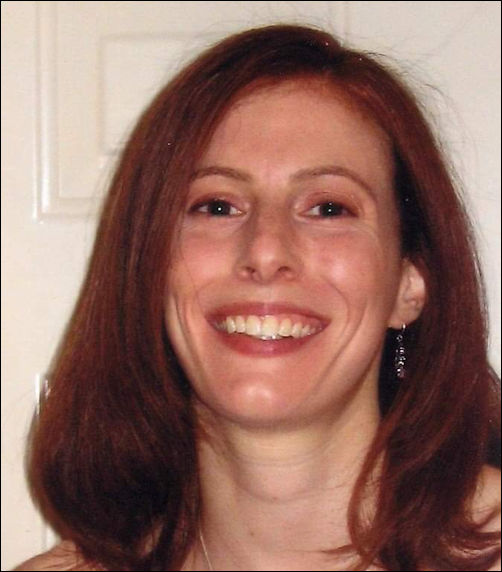 It was the end of August in 2008. I skipped the BBQ after the ARE summer trail run because our 30- year-old daughter, Katie, was scheduled to call. She had been feeling increasingly tired all summer, but had gotten no answers from her doctor. That night, our world came crashing down when Katie told us that she had leukemia. She would be going in the hospital for a month for induction chemotherapy.

I had retired the year before.  I had checked my first retirement goal off my list, a marathon (Chicago 2007, where they ran out of water, forcing us to walk the last 6 miles), and ran my second 6 weeks later in Philadelphia.  I was becoming more serious about running. In the spring of 2008, I'd decided to become active in the running community.  I'd become the clothing coordinator for HMRRC, had started running with Team Utopia, and joined ARE.  I was training for my second Philadelphia Marathon, hoping to BQ.  I was excited to make new friends through running and to see how much I could improve. 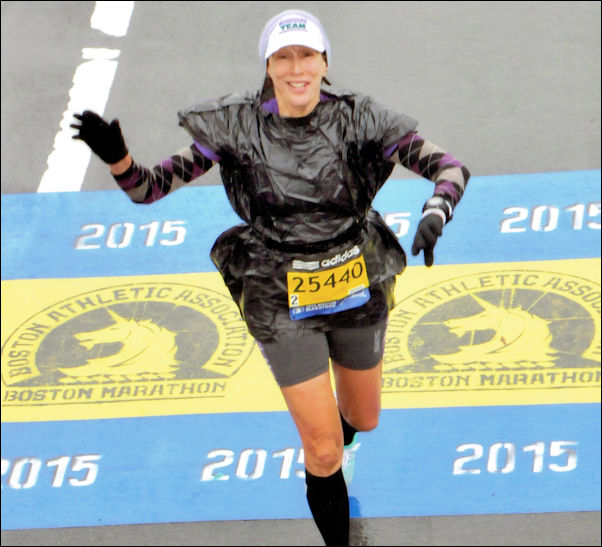 As summer came to a screeching halt for us, running as therapy took on a new form.  I struggled with the unfairness of our smart, independent daughter's life being threatened, while I had already lived a full life.  There was an urgency to my running as I carried on my internal dialog with the universe.

I ran Philly in November, improving my time by only 18 seconds, missing my BQ by 12 minutes.  I swore off marathons.

I had been intrigued by Team in Training (TNT, the Leukemia and Lymphoma Society's fundraising program through endurance events) when I went to a recruiting meeting years before, but was afraid of the fundraising.  I realized that now was the time to sign up for a race to raise money to fight cancer.  It would give everyone who wanted to help us a tangible way to make a difference.  I ran the Long Branch Half Marathon in May 2009, and I found out how very generous everyone was! 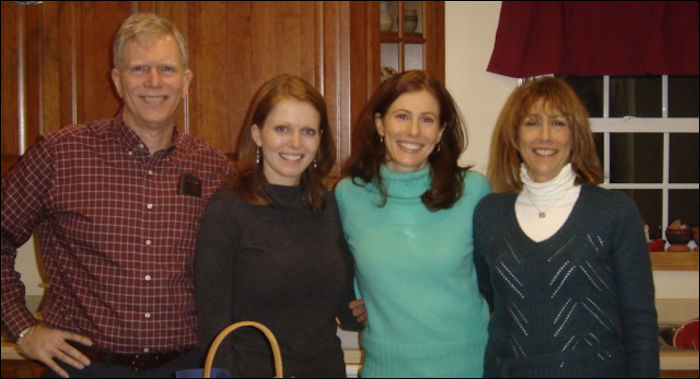 Unfortunately, Katie's diagnosis, acute myeloid leukemia (AML), was one of the worst, with very low survival rates.  She died 10 years ago on October 26, 2009, just 14 months after her diagnosis. Our lives have been forever changed.

After Katie's memorial gathering, I needed a goal to carry me into 2010.  It turned out that my time in the Philly Marathon was good enough to run Boston now that I had aged up!  (That was back when Boston didn't fill up early and qualifying times were good for 2 years.)  Katie would run from Hopkinton to Boston with me, her picture on the front and back of my shirt.  I would tell the world about my devastating loss and spread the word about how to fight cancer.  Just 2 weeks before Boston I pulled my hamstring in a race.  I was able to defer, and Katie and I finally ran through the streets of Boston in 2011.  By that time, I had already run the 2010 Adirondack Half Marathon for TNT, and the idea of doing one TNT event a year was beginning to take shape.

The woman who had sworn off marathons ended up running 7 after Philly 2008!   Every single one of those marathons was because of Katie: that first Boston, Marine Corps Marathon for TNT in 2011, 2 attempts to get a big enough BQ to be sure to run Boston 2015 when I was 65, Boston 2015 as my fundraiser, an unsuccessful attempt to BQ for 2016, and Boston 2016 with a TNT charity bib.

My fundraising in memory of Katie has given purpose to my running that I would never have predicted back in the summer of 2008. It has given me a way to tell the world about my loss, a way to keep Katie's memory alive, to move forward, and for something positive to result from her death.

I really have given up marathons now. Instead, I've run a half marathon for TNT in each of the last 3 years. I'm not chasing running PRs; I'm chasing fundraising PRs. Thanks to the generosity of countless donors, I have raised over $157,000 for the Leukemia and Lymphoma Society since 2009.  Many people who never knew Katie know her story.  On February 8 and 9, 2020, I will run the Rock 'n Roll New Orleans 5K and Half Marathon, with the goal of raising at least $13,000.  You can make a difference in the lives of present and future cancer patients by visiting my fundraising page to donate:  Click here.

I made a YouTube video, for Katie's 40th birthday in 2018 which tells our story.  You'll learn more about Katie's impact and legacy, including all of my endurance events for TNT.  Click here to view. 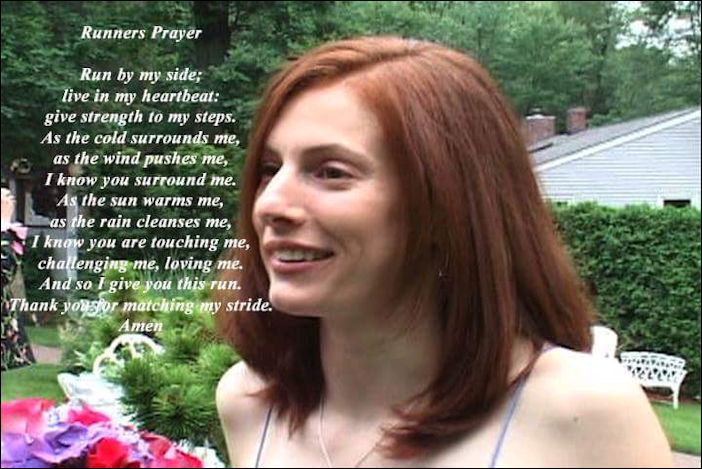