by Members of the Running Community 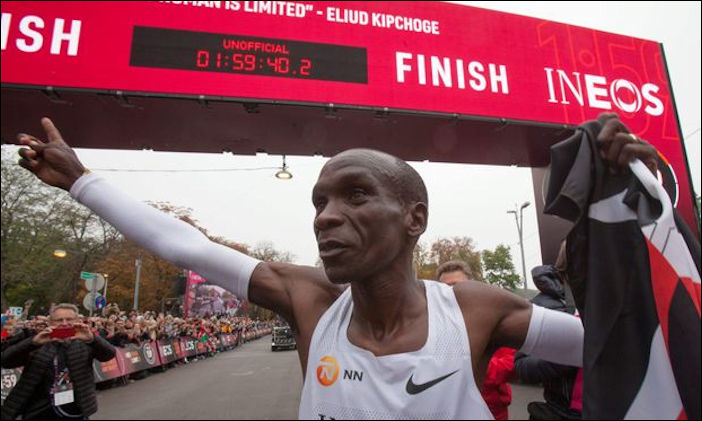 What was your reaction to Eliud Kipchoge running a sub 2 hour marathon and what is the implication of it for the future of running?

Brigid Kosgei won the Chicago Marathon, setting a women’s world record against a field of actual competitors. She shattered Paula Radcliffe’s record that lasted 16 years. That’s cool! The INEOS 1:59 Challenge was an awesome moment in running history too, but it was Kipchoge and pacesetters running an engineered loop with lasers and gadgets to crush the 2-hour barrier. Both Kosgei and Kipchoge wore the same style Nike shoes, but that’s really the only thing they had in common. When the 2-hour mark is eventually broken in a traditional race, that will be a huge moment. Not that Kipchoge’s achievement isn’t monumental. However, I look forward to the future of running where records are broken in more traditional settings. That day is sooner than we might think. After all, Kipchoge just ran 26.2 miles in under 2 hours, and Kosgei crushed the women’s world record on the same weekend. That’s fast. Like I said before, the future is now. Keep your eyes peeled on the finish lines. 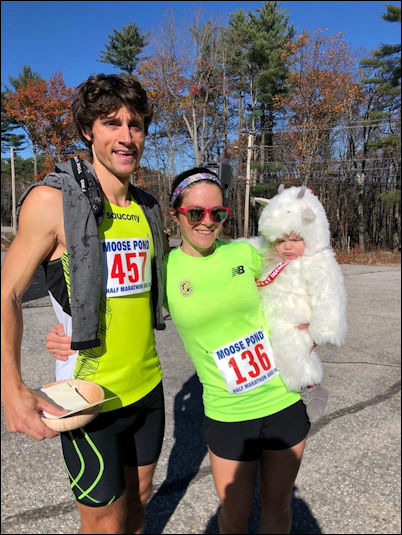 I wasn't surprised that he did it and thought it was really cool but I wish he had raced Bekele in Berlin. Obviously having pacers jumping in and out helped him tremendously but I would have enjoyed traditional pacers at sub 2 pace for 30k and then watch them battle each other to see if it could be done in a record eligible setting. He got a huge pay day though and wanted the best chance to break 2 so I understand why he did that.

I thought that the sub 2 hour marathon project was a great stimulus to the entire running world. It was a great accomplishment for Kipchoge and the running community as a whole! It brought a lot of positive energy and media attention to our sport at a time when good news is rare. The carrot is now out there for future superstars to chase the sub 2 hour marathon in an official record eligible event. In all sports the world's best always have an unfair technological advantage over the regular folks. This technology (the shoes) will eventually trickle down to everyone as the next advances come. The best will always be the best whether it's the shoes, tires, helmets, climbing gear, or whatever.

Many people tuned in to our sport for this event on that historic day that normally would never have. Soon someone will break the 2 hour barrier in a record eligible marathon and Kipchoge and company set that precedent. They had a dream, set a goal, and they did it! Congratulations!

I think it’s an amazing accomplishment. I stayed up to watch it. Even though it wasn’t an official world record and he was given ideal conditions, a lot of support, and a perfect flat course, it was something I wasn’t sure I’d ever see in my lifetime. His pace was incomprehensible to me. I think it will only help the sport of long distance running and help it to continues to gain more and more interest.

I can’t run a single mile at that pace and he did it for 26 miles straight. Incredible! Future: There are no limits to what the human mind can help us accomplish.

Probably mostly a publicity stunt is what it will be remembered as but still interesting as it spurs a debate and questions about fairness in running - what rules and regulations should be allowed in competition? Should shoes be regulated? What should be allowed when evaluating record attempts?

On one hand, the event was contrived, allowing runners advantages unavailable in standard races (pace groups and vehicles, time and place carefully determined to optimize conditions, shoe technology not widely available), so cannot be compared directly with times achieved in
regular competitions. However, Kipchoge’s achievement, even in such a controlled event, indicates what is possible, and has the potential to inspire faster times in standard races in the future.

Although the race was staged (with pacing, drafting and magical shoes) Kipchoge still ran 104 x 400 in 68.5 seconds, or 26 x mile in 4:34 or 8x 5000m around 14:12 however you'd like to see it. For the average American they would have trouble keeping up with him for just one 400m. He was fresh at the end and it is just a matter of time before he does something similar in an open competitive race. It was a great human effort and congratulations to him and his team.

Now that Kipchoge has run 26.2 in less than 2 hours, others will know it’s possible. I think the floodgates will open! Granted it was a controlled environment, but still hugely meaningful. 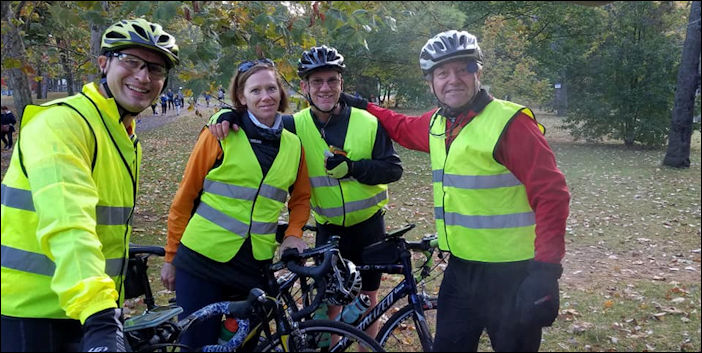 I think it was great!! Although it was under very controlled conditions with a pace team, it shows what the elite performers are truly capable of! It got a lot of people talking about the marathon that know nothing about the sport. That kind of exposure may spark a renewed interest in running... but ultimately, I think we will see a sub-2 performance in competition in the not so distant future.

I'm so interested in human physiology and how our body responds to workouts and exercises and I think that his sub 2 hour marathon is just another amazing example of how our bodies can adapt and improve and it just makes you wonder what the human limit is. I love the thought of that we really have no limits. Once again we have an elite marathoner who has proven to us that there is still more and that is great for the future of running. 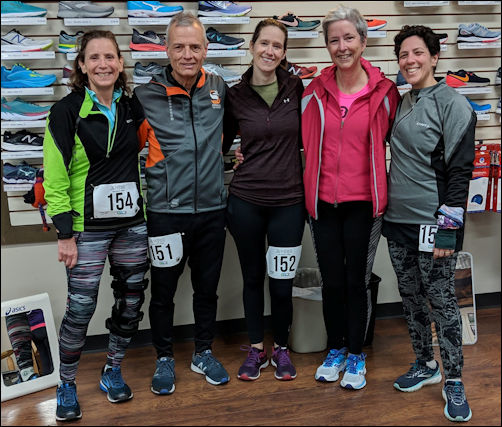 I was excited for him and I think it’s a matter of time before another runner breaks this barrier under official conditions.

I totally agree and was amazed by it myself. It’s like running the 4 minute mile was decades ago!!