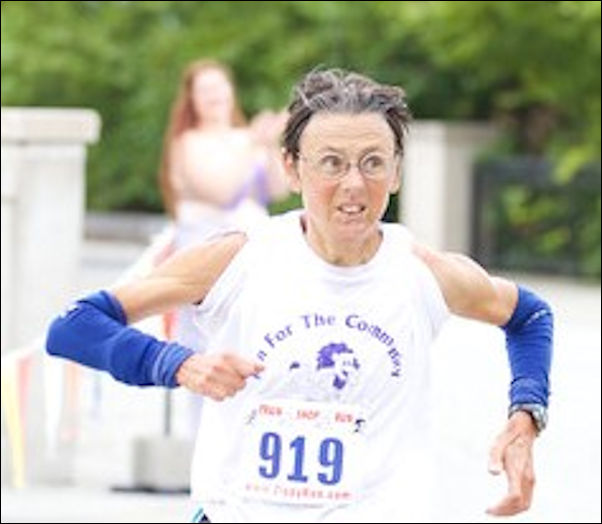 I am pleased to announce that Daniele Cherniak has agreed to become the Editorial Assistant for The Pace Setter.  Before The Pace Setter went online she had worked for years as a proofreader for the print version.

She has been a runner for 43 years and has distinguished herself at the ultra level. The USA Track and Field has this bio of her:

“Daniele Cherniak has the experience of a seasoned masters runner based on her long-term participation in USATF National Ultra Championships since the beginning of her ultra career. Cherniak, who entered the masters division in the fall of 2001, began at the top with her debut as a U.S. team member at the 1990 World Cup 100 km. Since that world championship at Edmund Fitzgerald in Duluth, MN, the only world 100 km championship raced on U.S. soil, Cherniak has competed in seven USATF ultra championships, winning one and placing in two others.

Her consistent performances at ultra championships earned her a place on nine US 100 km teams that compete against teams from countries throughout the world at the annual IAU World 100 km Challenge. Cherniak has raced in Japan, Italy, France, Belgium, the Netherlands, and Russia with her best world 100 km championship performance in 1999 when she ran 7:56, for 7th place in the women’s race. She identifies the 1998 World Challenge 100 km at River Shimanto, Japan as a highlight. Inspired by the scenic race course she placed 8th in the women’s race to assist the US women’s team in winning a Bronze Medal.

"Ultras reward experience and in general teach patience, pacing, and perseverance" Cherniak states with authority. It was experience, patience, pacing, and perseverance that she called on during her most exciting USATF ultra championship race, the 1998 GNC 100 km in Pittsburgh. She overcame some mid-race bad patches and hung on to finish in 8:42 for the National Open Championship title.

Cherniak, a road specialist, takes advantage of the road national championships offered by USATF to meet ultrarunners from all over the country and to race with a high-quality field. She is looking forward to competing in her new masters division and believes that ‘Masters ultrarunners can be competitive overall at national championships placing with open division runners.’ "

She has been a member of HMRRC since 1977 and has the singular honor of being the first woman inducted into the HMRRC Hall of Fame. In addition to doing voluntary journalistic work for The Pace Setter, she edits quarterly newsletters for two other nonprofit organizations, and has co-edited four books. She has co-authored more than one hundred peer-reviewed scientific articles and book chapters.

As you can see, The Pace Setter and you our readers are truly fortunate to have Daniele onboard! 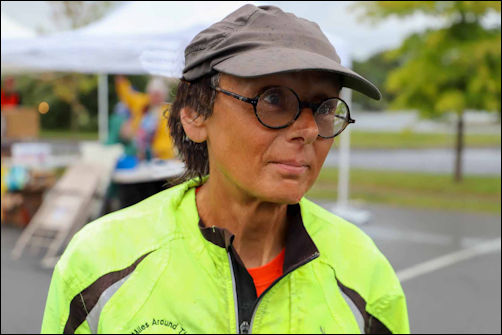