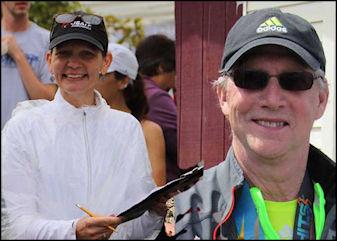 Olive, Again revisits Elizabeth Strout’s classic American character, Olive Kitteridge, resident of the fictional town of Crosby, Maine. It has been a decade since we last saw Olive, a cantankerous and flawed woman but in Strout’s brilliant, compassionate and deeply humane hands, she is also complex, deeply feeling and sympathetic. In this brilliant and perfect novel, Olive navigates aging, loss, and loneliness after her dear husband’s death. Strout also brings us deeply into the lives of several other Crosby residents as they raise families, handle hardship and confront difficult pasts in their sleepy, hardscrabble seaside town. Strout’s language is precise and simple but reveals deep insight into human behavior, motivation and connection that is breathtakingly meaningful and poignant. Reading Strout is like reading directly into a person’s soul. Olive Kitteridge is a treasure and reading Liz Strout is a privilege.

The Dutch House by Ann Patchett

This engrossing and beautiful novel tells the story of siblings Danny and Maeve Conroy. Exiled from their beloved, fairy-tale style home outside Philadelphia as young adolescents by their evil stepmother, Danny and Maeve navigate the next 50 years of their lives as a tightly bonded team, confronting a painful past including an estranged mother, illness and tragic loss with a hopeful resiliency and smart humor. This is a delightful and serious novel about a dysfunctional family with characters so multilayered and vivid it’s as if you know them in real life. I recommend the Audible format which is read by Tom Hanks (the novel is told by Danny), whose emotional pitch is perfect and powerful in his understated, patient way.

The Other Americans by Laila Lalami

A piercing and timely novel about the aftermath of a hit and run killing of a Moroccan immigrant in a rural desert California town. As the crime is investigated and the family deals with the crushing grief, extremely relevant issues surrounding immigration, assimilation, bigotry, and isolationism are explored. Lalami’s writing is impeccable and the story is fast-paced (I read it in one day), capturing the anxiety and tension of the plot. It is smart and incisive about the false ideal of the “American dream” and also insightful and feeling about family and grief.

This first novel by young poet Ocean Vuong is written as a letter from a young man (Little Dog) to his mother, a Vietnamese immigrant who cannot read. The coming of age, coming out and immigrant story is told in a poetic lyrical prose that is moving and innovative. At times, the story, especially when detailing the mother’s literally back-breaking work, is brutal and painful. Other times, the tender and affectionate relationship between the son and mother is so beautiful it brings you to tears. This is a very brave book.

The Gods of Guilt by Michael Connelly

Connelly shines in LAPD procedurals....most notably Harry Bosch. Enter Bosch's half-brother, Mickey Haller, (known as the 'Lincoln Lawyer,' because he does his work in the back of a chauffeured Lincoln). Mickey sits on the other side of the law from Bosch, as a top-notch defense attorney. Here, he defends a digital pimp, Andre' LaCosse, who is charged with murdering one of his prostitutes, Gloria Dayton, AKA Glory Days! Mickey had defended Gloria years ago, and gotten her off the hook by having her turn state's evidence in a case against a Cartel killer now in federal prison for life on a RICO charge with enhancement for having a gun, which Gloria had planted in his apartment on direction of DEA officer James Marco. Apparently LaCosse was framed for Gloria's death. Mickey walks the tightrope in the trial as he tries to incriminate Marco and the DA's investigator, Rick Lankford, a retired LAPD police officer. Things get dicey, with witnesses being murdered, and everyone blames the Cartel. But is the team of Lankford and Marco really behind the murders? Mickey will have to work things out before all hell breaks loose.

The prequel to "Unsolved" ("Invisible #2), his “gramma’s""Invisible" tells us how FBI Research Analyst (think Abby on NCIS) Emmy Dockery solved the infamous Graham Sessions case. Unsettled and on leave after the death of her twin sister Marta in an apparent accidental fire, Em is obsessed with figuring out what really happened. She firmly believes her sister was murdered and that arson covered up the crime. She noticed the bed where she was found was in a different location than normal, right by an open window with the AC on, with the fire caused by a candle. Marta didn't have or use candles. So Em tirelessly searches the internet for similar cases and finds them. Only no one will believe her, especially the FBI. She convinces her ex-fiance' Harrison "Books" Bookman, who has left the FBI (he was an Agent) to open his own bookstore (hence the nickname) to rejoin the FBI on a special assignment to look into it. The race is on to find the killer before he strikes again!

Every Fifteen Minutes by Lisa Scottoline

Another psychological thriller by Lisa Scottoline. A psychiatrist, Dr Parrish, struggling with family issues from a divorce, gets a teenage patient, Max, who needs his help dealing with the death of his grandmother. Dr Parrish thinks Max may be suicidal after the death of his “gramma” as he has told him in therapy that he was distraught and had hallucinations of hurting a girl he knows. When the girl dies, Dr Parrish is concerned that this might push Max to kill himself next. Other story lines collide forcing Dr Parrish to make some life or death choices. Meanwhile there's a sociopath out to get Parrish. It all comes to a head in a terrifying climax you will have to read to understand.