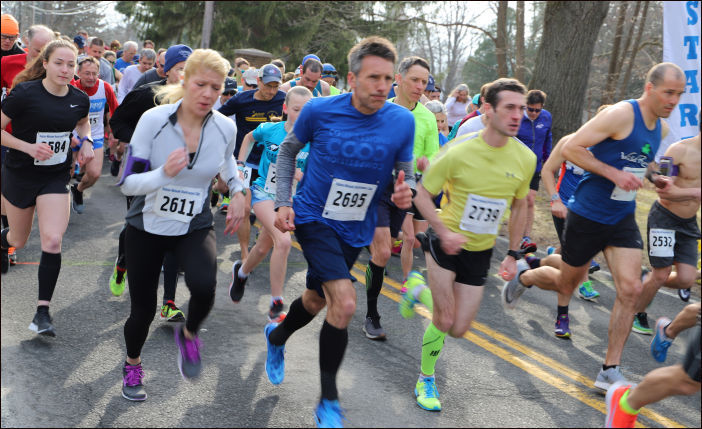 Sunday April 7th marked the 31st running of the Delmar Dash. This race has served as a premiere spring race for the area during this time period. While Runnin’ of the Green usually serves as an opportunity to test out the systems after a winter of training, individuals come into Delmar Dash with a month of extra training and workouts. Many individuals are also in peak shape before a spring half or full marathon. In past years the combination of a flat course through residential neighborhoods, relatively mild weather, and combined Grand Prix standing among USATF and HMRRC have led to very fast times on this course. This year was no exception as a new capital region resident, Jonathan Lindenhauer, cruised to a relatively easy 25:29 win with a 5-mile pace time of 5:06.

I was asked by editor Chris Bishop after the race what it was like duking it out for the win and to give my perspective on the race and its history. I can answer the first part pretty easily – I was not even close to winning the Delmar Dash this year and did not consider myself in contention for the win. From the gun Lindenhauer got out at a fast clip and established himself as a favorite. I came into the Delmar Dash feeling good and wanted to run controlled prior to running the Boston Marathon the following week. [Ed. Note: Tom came in first in the Greater Albany Area at the 2019 Boston Marathon.] I ran a short distance behind Lindenhauer until about 0.75 miles when I realized I was running approximately 5:00 minutes per mile, which meant Lindenhauer was going to hit mile 1 in under 5 minutes. This was much faster than I was prepared to run and I immediately backed off. Soon after doing this, regional master standout, Tim Van Orden, caught up to me. We both ran 1 mile together in 5:18 with Lindenhauer way out front. From mile 2 to the end Van Orden and I ran in tandem at approximately 5:32 pace. Van Orden ran 27:28 for second place and I finished right behind in third place with a 27:33. Not too long after runners from Willow Street Athletic Club, Wild Rovers, and AREEP began to cross the finish. 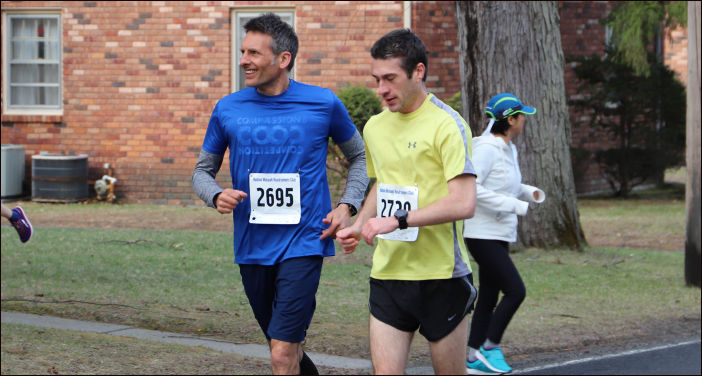 The Delmar Dash is one of my favorite spring races. It is one that I have tried to run every year since 2007. As an individual who ran in college one of the reasons I like it so much is that it offers a rare opportunity to run 5 miles (8 km) after graduating. Several of the reasons Delmar Dash is such a great race and has maintained popularity over the years include the already stated timing (early spring), course layout (flat and isolated in neighborhoods), and inclusion as a Grand Prix event. The race for many years typically gave unique shirts to participants including one year when the race shirt was a singlet. Another unique touch has come at the awards ceremony when hand crafted awards unique to the event are given to overall and age group winners. The Delmar Dash is typically a very competitive race allowing for individuals to push to fast times. After thirty-one years of this race runners of all abilities can also compare themselves to others and their own past rimes if they wish. When speaking of historical significance one needs to point out the dominance of Tom Dalton over the race’s first 10 years when he won a record seven Delmar Dashes. Dalton set the course record at the inaugural race with a blistering 24:33 and dipped under 25 minutes five of those seven wins. The women’s side has seen equally impressive performances with Megan Hogan running a course record of 26:42 that is likely to stand for quite some time. And last year Anny Stockmen set an age group world record for 8k (a special 8k certification was done prior to the race) in the 2018 edition of the race. 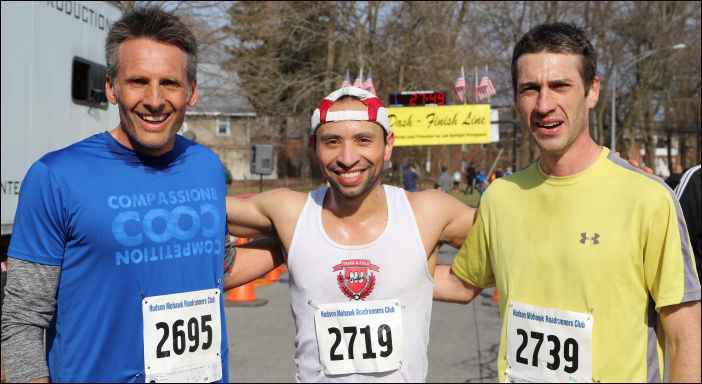 David Tromp is now the director of the Delmar Dash after taking the reins from the Knoblochs. Dave has done wonderful job with the race and is such a good race director that he literally gave me the shirt off his back when he realized that because I signed up the day of the race, the only size left was an XL! Tromp did this because he cares that the runners have a good experience even with my assurance it was not necessary.

Signing up late was my own fault. Upon arriving at the race this year I realized at the registration desk that I had not pre-registered. This almost never happens but the answer why became apparent when I realized that I bulk signed up for the USATF Adirondack Race Grand Prix Series and the Delmar Dash was surprisingly was not on the USATF sate for 2019. This is the first time in several years that Delmar Dash did not make the cut. After registering on the day of the race (luckily Delmar still has this as many races do not), I noticed that there was not nearly as many people as usual. The race results indicated there were 232 finishers. This was the second lowest in race history, down from a peak of 719 in 2011 and numbers above 400 through 2016. It’s possible many others forgot to register beforehand like me and then decided not to run. Or many may not have run because Delmar Dash was not a part of the USATF Grand Prix. Others may not have run because they were planning to instead race the following weekend at the new Helderberg to Hudson Half Marathon, which saw 2159 runners make their way from Voorheesville to Jenning’s Landing in Albany.

I hope that registration increases in 2020 because this is one of the region’s best races with a caring director who literally will take the shirt off his back to help you. Write it on your calendar next year as a must run! 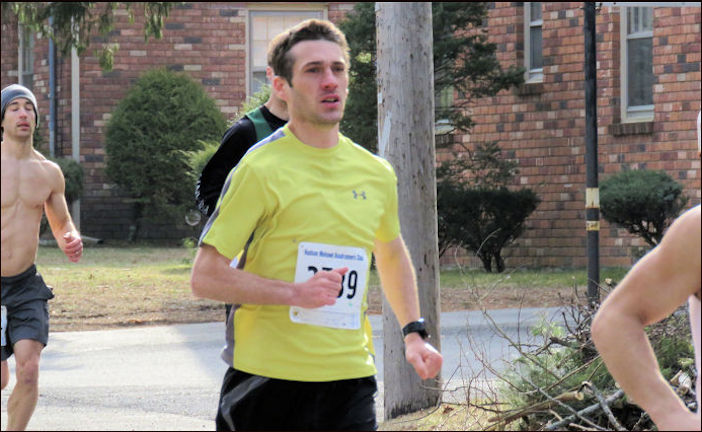 Bringing Up the Next Generation: A Family Affair October 2018